With his monster-like frame, distinctive features and seriously inked body—Rich Piana was probably the most recognizable man in bodybuilding.

While admired by many, he was lambasted by others—his raw and shocking opinions divided the fitness world.

To call the Rich Piana story insane is a massive understatement—here’s the whole uncensored truth—including his untimely death. 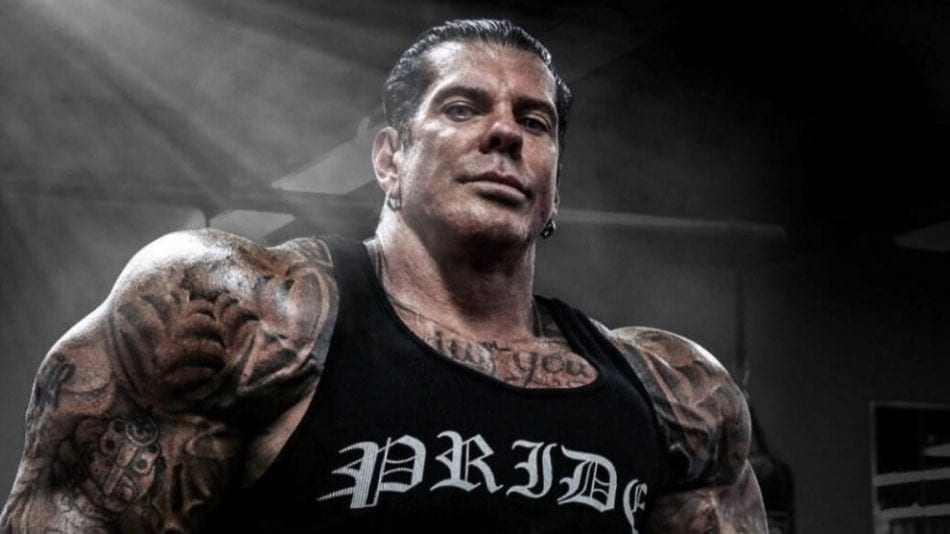 Richard Eugene Piana was born in Glendale, California, in 1970. Although an American citizen, he had Armenian and Italian heritage through his mother and father, respectively.

Raised in Sacramento—Rich Piana had an early introduction to the world of fitness. Aged just six, he would go with his mother to the gym to watch her train for bodybuilding contests.

By 11 years old, Rich Piana had already started lifting—being encouraged by an old-time bodybuilder—Bill Cambra. At 15, he began to compete, winning his first title Mr. Teen California in 1989.

Alarmingly, even at this young age, he was already on a Deca-Durabolin and testosterone cycle.

Rich Piana competed for over 25 years—although his appearance on the stage was intermittent. Much of his time was concerned with other interests, including TV and movie appearances, running his own supplement and clothing business and being a social media personality.

It’s the Rich Piana YouTube account that brought him worldwide fame. His controversial and open opinions on steroid use went viral—receiving praise and criticism in equal measure.

Rich Piana died in mysterious circumstances on August 25, 2017. At this time, he was in a relationship with Chanel Jansen.

It’s estimated that at the time of his death, the Rich Piana net worth was around $3.7 million.

How Rich Piana Got Famous

His first video was the clickbaity titled, Interview With Hot Chick That Beat up a Guy in Gold’s Gym Parking Lot. Many of his earlier postings focused around this glamorous and macho (if not overtly sexist) theme.

Rich Piana’s videos were mainly of him alongside supercars, hot girls, and sexy bikinis (his words)—with plenty of swearing and bro-speak included.

Yet, these online subscribers wanted to know more about the man himself. So, Rich Piana increasingly started taking the viewers through his day, tattoos, training routines and explaining his thoughts on bodybuilding and training in general.

However, when he began to share his belief in, and use of steroids—his fame skyrocketed.

Okay, he wasn’t the first bodybuilder to admit using ‘roids. But what made Rich Piana different was he was so blatantly open about it. He listed the cycles and stacks he utilized, didn’t criticize their use and even offered tips on how to take them.

Even though Rich Piana hasn’t been with us for two years—his YouTube account still has over one million subscribers.

Rich Piana hadn’t been feeling very well. For a few days, he’d been suffering from nausea and shortness of breath. Apparently, he attributed it to overtraining.

His girlfriend, Chanel Jansen, witnessed this event. Unable to revive him, she called 911, where the operator explained to her how to perform CPR.

Ten minutes later, the paramedics arrived and noticed that his heart wasn’t functioning correctly. They battled to kick-start his heart into action—the paramedics succeeded, but it had taken too long—around 30 minutes. Insufficient oxygen meant that brain damage must have occurred.

The paramedics saw on a nearby coffee table there was a straw, white powder and a credit card. They injected him with Narcan—used to counteract a drug overdose. However, Jansen claimed this powder was nothing but pure caffeine—which she alleged Piana would snort as a pre-workout.

In an attempt to reduce the swelling on his brain—Rich Piana was placed in an induced coma. After 14 days, the Rich Piana death occurred.

The autopsy was inconclusive.

It did indicate that his heart and liver were twice the size of a normal adult male—two common side effects of steroid use.

However, the actual Rich Piana death reason has never been established. This has led to many conspiracy theories arising regarding foul play.

The inconsistencies that suspicious fans raise are: 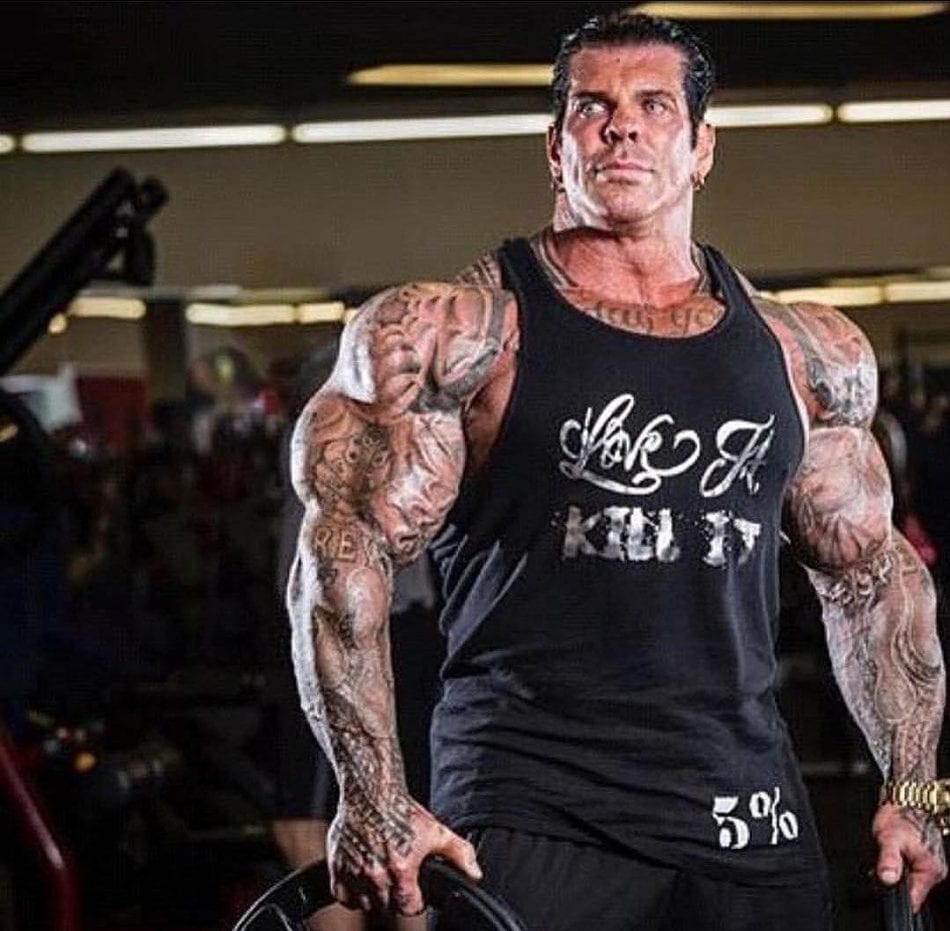 The first Rich Piana wife was Debra Jane—unfortunately, she discovered he was having an affair. So, they divorced.

For many years, Rich Piana enjoyed an on-and-off relationship with model Chanel Jansen—however, this ended when he met Sara Heimisdóttir.

In 2015, he married this Icelandic bodybuilder. It was a remarkable ceremony (which, by looking at the wedding video, you were only invited if you weighed over 200 pounds).

Furthermore, the acting “vicar” at this event was the British bodybuilding sensation, Martyn Ford. You can have a look at the bizarre Rich Piana wedding here:

A year later, and the marriage was annulled. Rich Piana accused Heimisdóttir of being a crack addict and only marrying him to obtain American citizenship.

He resumed his relationship with Chanel Jansen, who was with him at the time of his death.

Rich is known for his inked body. Here are some of their meanings: 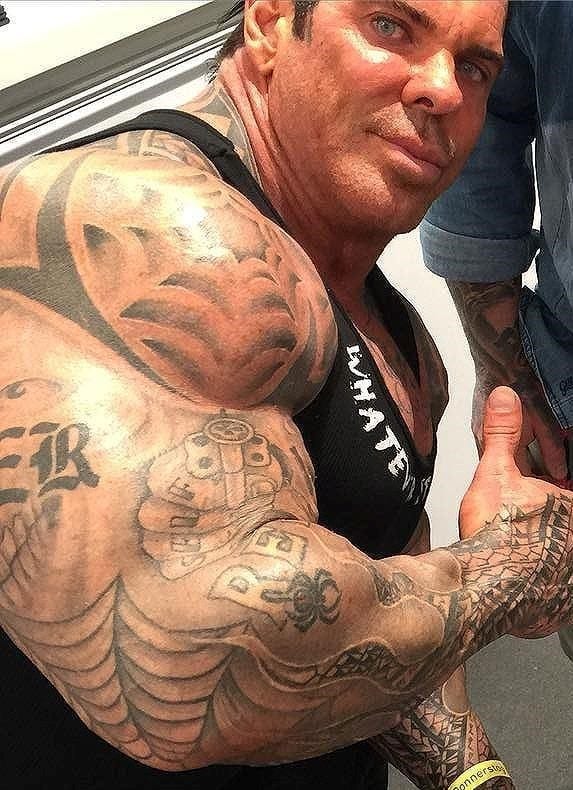 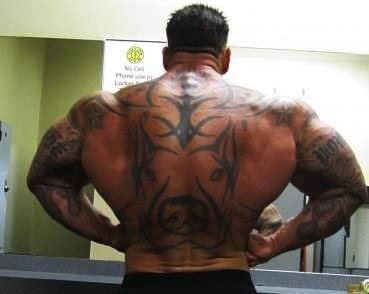 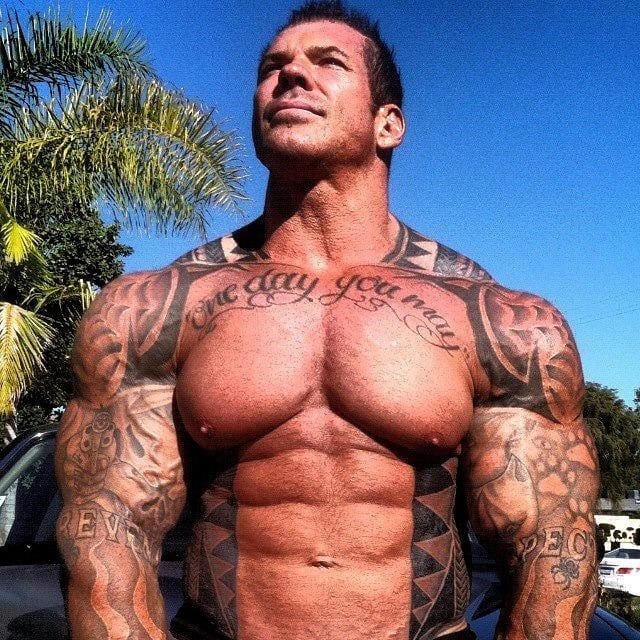 Here’s Rich Piana talking you through his tattoos:

When Rich Piana was preparing for competition, he followed a strict workout to achieve perfect symmetry and proportion.

However, in later years, he was more versatile. Lifting more for mass and bulk—and admittedly often forgetting his legs. If he didn’t feel the pump on one exercise, he’d often switch to another.

Here’s a typical example of his bodybuilding competition workout:

Watch Rich Piana taking you through a squat workout: 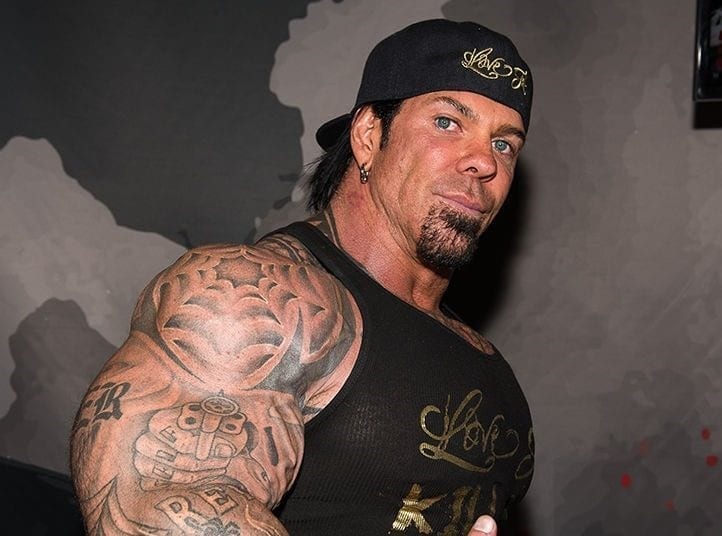 Rich ate between 5-10 times a day—depending on what he believed his body needed at the time. Here’s a genuine Rich Piana, supplement-heavy, diet.

Watch the main man taking you through this Rich Piana diet.

Here are the highlights of Rich Piana’s bodybuilding career:

Was Rich Piana on Steroids?

Yes—and he regularly spoke about it.

Rich Piana knew that supplements were screwing up his body—yet considered it an acceptable price to pay to look phenomenal and win competitions. He admitted he’d suffered hair loss and gynecomastia as a result.

“I am totally 100% aware that damage is being done to my body. I have made a choice, and I am willing to deal with that.”

In 2013 he posted possibly his most controversial YouTube video. It explained the best way to use synthetics—basically, don’t believe what you read on the internet—go out and experiment to see what works for you.

However, by 2016 he had mellowed slightly—offering the following advice:

Rich Piana Before and After

Lifting from the age of 11, Rich Piana has always been ripped.

His mass changes during his competing days and his later YouTube celebrity status didn’t alter that much. Take a look at these two images, taken 20 years apart: 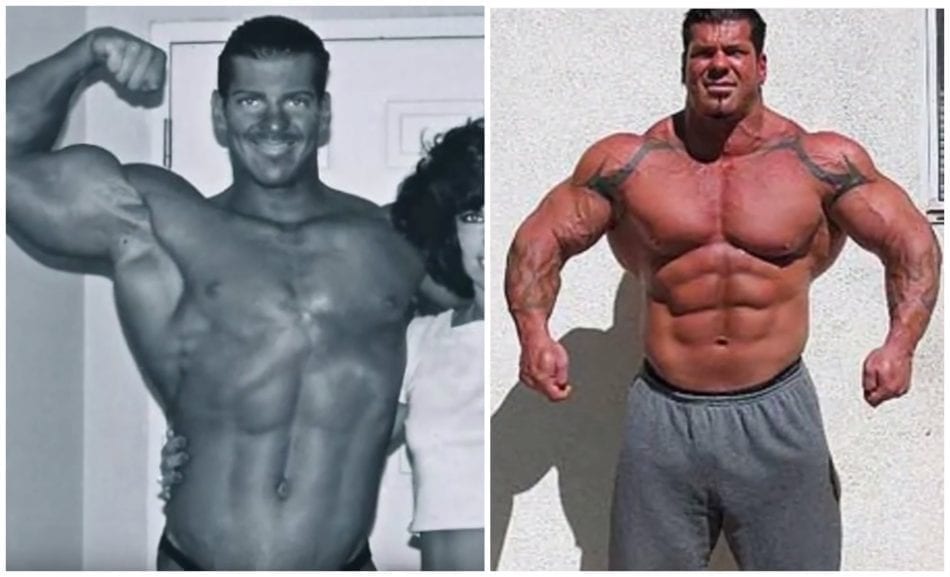 However, what may be more alarming is the way his skull appeared to enlarge—possibly as a consequence of too much growth hormone: 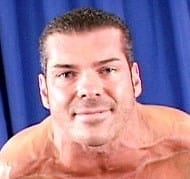 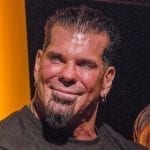 It was named after his belief that:

“The 5% represents those of us who are willing to give whatever it takes to reach their goals.”

Despite his demise, his face and reputation are still used for marketing the brand. Presently, it retails gym apparel and supplements, including:

Rich Piana was never a man to sugar-coat his words. Here’s his advice:

“It will always be about working your ass off and being consistent to be successful at anything in life! There’s no easy way!”

“Every night before you go to bed, I want you to do 100 reps, 100 reps pumping then straight the fuck to bed. If you got a girlfriend or a wife, no fucking sex.”

“Eat real fucking food and train your ass off! It’s not complicated, but it’s hard work. That’s why you have to fucking love it.” 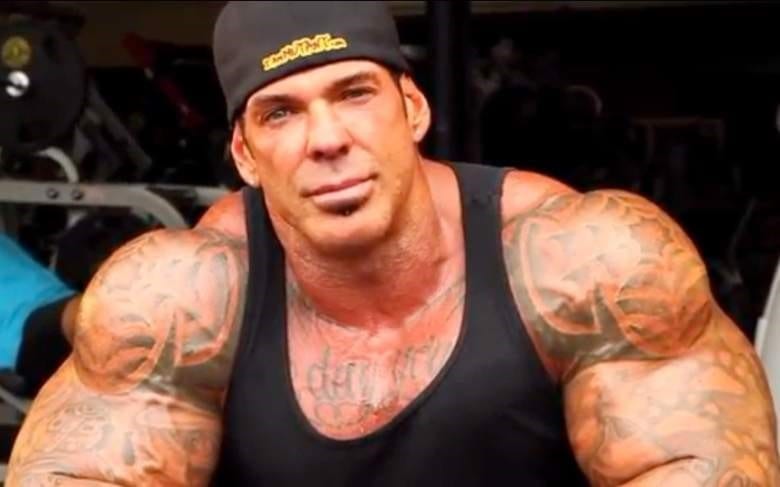 Rich Piana may have had outspoken opinions—but you could never accuse him of being fake.

He loved, lived and promoted the extreme life. It was his ethos to push everything to the max—women, diet, cars, training and steroids.

Yet with a phenomenal physique and a remarkably successful supplement line—he illustrated he wasn’t afraid of hard work.

Rich Piana may not be a guy your girlfriend would approve of—but you’d want him as your bro.