We’ve all seen them, guys going to a bodybuilding competition with no muscle, no posing technique and don’t look like they have dieted or trained.

Of course many of them are just trolling with their friends, trying to be funny and have a good time.

While others believe they look good and think they actually look like bodybuilders.

When someone is trolling the stage trying to be funny it kind of ruins the competition for the serious bodybuilders who have spent months dieting and training for the show.

While it may seem funny to some people it’s more serious to others.

However some guys come in and think they look like Greek gods but really just look like they don’t train at all.

It all seems so strange how someone could be so delusional and don’t see that their body is not ready for a bodybuilding contest.

Some of these clueless competitors compete in show after show with little to no results.

In this post we are going to show you some clips of these bodybuilders who competed in shows and by the looks of it were serious.

First we have the bodybuilding competitior Steve. He believes he is knows everything there is to know about bodybuilding, gives other advice on diet, training.

But when he was on stage he looked like someone who hadn’t spent a day in his life training.

Mike Pulcinella creator of this video was shocked that he was allowed to compete with that physique.

Shouldn’t there be a minimum requirement for someone entering a bodybuilding contest, like pre pre judging?

Next up we have a more popular individual who is actually quite popular on social media and his name is Jason Genova.

Despite having trained for many years ,competed in a few shows, even admitted using steroids he still looks like an average guy standing on stage.

This guy has trained for years and used steroids but still doesn’t look remotely as good as the competitors in this bodybuilding contest.

He still believes he is good enough to compete.

We have another serious bodybuilder who seriously lacks a physique worthy of a bodybuilding Contest.

He is also quite popular on the web and his name is Big Lenny.

In interviews this guy had admitted to using a seriously big dose of steroids and this guy has been a bodybuilder for a long time.

He has a condition which is often called “palumboism” which makes the stomach look like he is pregnant.

Well he is still pursuing his dream of becoming a bodybuilder but with a physique like that he will not go far in the sport.

It seems like some bodybuilding contests are open up for everyone and to sign up in these amateur shows you probably have to pay a fee to join in the contest.

Should there be a pre-pre judging to prevent competitors like this to compete or should it be open for everyone to join?

I think everyone should be able to compete if they believe they have a physique that can win the show.

If they have fun doing it, it doesn’t matter and the spectators seem to love these kind of bodybuilding competitors regardless if their physique isn’t great. 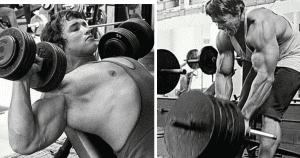 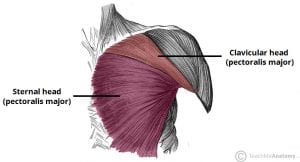 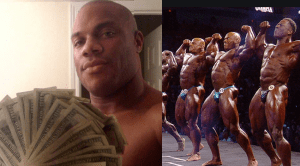