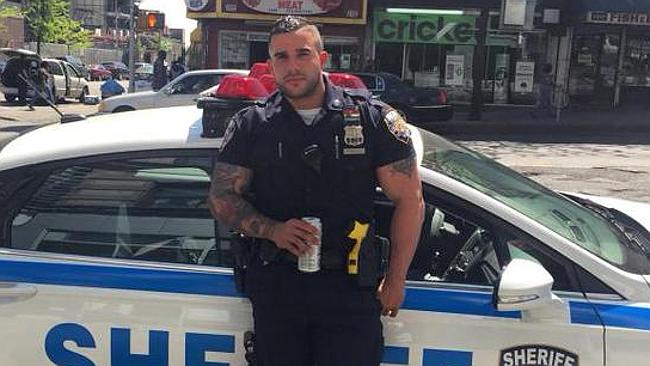 A HUNKY policeman has the women of New York City begging to be arrested, after photos of his buff bod earned him fame online.

The officer from New York City’s Sheriff Office, Miguel Pimentel, has been approached by women on the street since an image of him leaning against a squad car was shared thousands of times on Instagram and Facebook.

“I’ve already gotten a couple of women approach me on the street, saying, ‘Oh you’re the cop on Facebook’,” Pimentel told The New York Daily News.

“A thing that happens a lot is when I go out in uniform, like to get lunch, I’ll go to like a Subway and the female workers will talk about me in Spanish because they think I don’t understand,” said the 33-year-old, who is Hispanic. 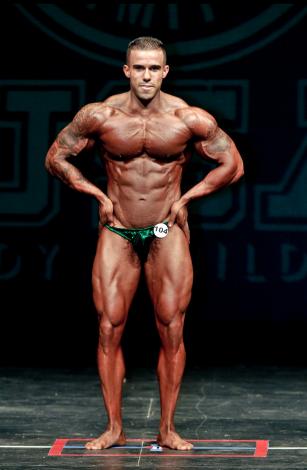 “They’ll say things in Spanish like, ‘Oh I want him to handcuff me’ or, ‘I want to take him into the back room’ or something like that. But I fully understand what they’re saying,” he said, laughing. “I usually just act like I don’t know what they’re saying until I’m about to leave and then I’ll tell them, ‘You know I understood what you were saying, right?’”

“I’m a bad girl cuff me and take me to jail,” one admirer pleaded. “Why don’t cops look like this where I live!?” several stunned Pinterest users asked. “Frisk me, I’ve been very, very bad officer,” an Instagram user said.

The bad news for these ladies is Pimentel has a serious girlfriend he has been dating for two years. His mother, Francia Pimentel, 57, says Pimentel’s girlfriend is a “beautiful girl”.

“I don’t think she’s too happy with all the attention he’s getting,” Mrs Pimentel toldThe New York Daily News. “They’re a beautiful couple. She’s got a good man, and she’s a very good girl.”

Mrs Pimentel says her son is a huge gym junkie. “He did training and body building when he was in the Marines. He was stationed in California,” she said.

How does she feel about all the attention her son is getting? “I love it!” she said. “It’s my son! Isn’t he cute? He’s so handsome, he’s got it all.”

Apart from some ribbing from his mates, Pimentel says he’s “totally cool” with his new-found fame.

“I think it’s awesome. I mean who doesn’t like a little positive publicity?” he said.

And you thought men were shallow and sexist? lol