When it comes to training, what comes to mind first is health and wellbeing.

Well, as we discussed in some of our previous articles, it sometimes comes to the point where a healthy habit turns into a dangerous obsession.

If we compare oldschool bodybuilders from the 70s to those from the end of the 20th century, the difference is more than obvious.

The likes of Arnold Schwarzenegger, Samir Bannout and Frank Zane are still fit, despite being in their 60s and 70s. On this picture we see a comparison between Samir Bannout’s bodybuilding prime and his shape after retirement.

On the flipside, we have the post-golden era bodybuilders, who suffer the consequences of their actions.

So let’s take a look at particular examples of what actually happens when professional bodybuilders retire. 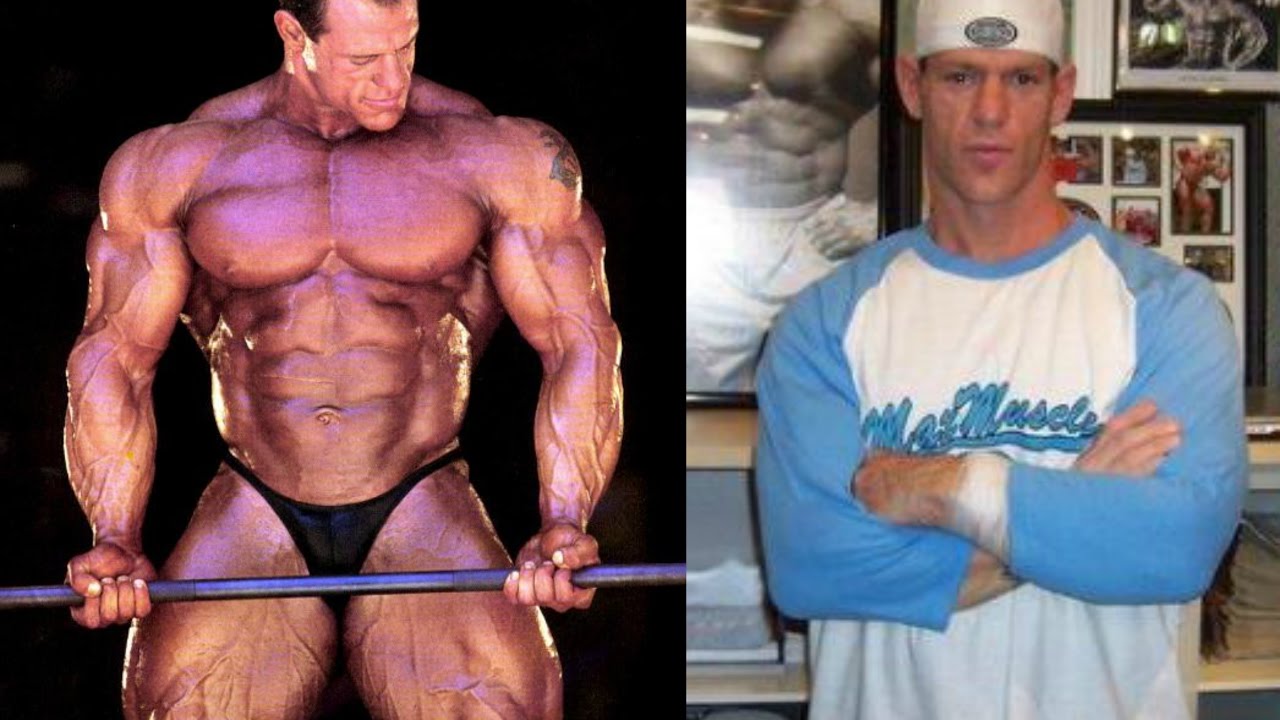 The first bodybuilder on our list goes by the name of Tom Prince.

As you can see on the pictures, he was quite a massive guy with a tight mid-section.

Supposedly, he was weighing well above 300 lbs in the offseason.

Needless to say, he was a freak. Going so far beyond the natural limits however, led to complications.

Tom Prince was forced to retire in 2003, due to his kidneys failing during his prep for the Night of Champions competition.

Now, while some of the bodybuilders on the list took years to lose their gains, that was not the case with Tom Prince.

Tom’s de-transformation was pretty drastic. Due to his kidneys failing, he had to quit the bodybuilding lifestyle entirely.

That means he had to quit all the steroids he was taking and stop eating and training like a bodybuilder.

His body simply could not carry and sustain the muscle mass and lifestyle that he had at the time. 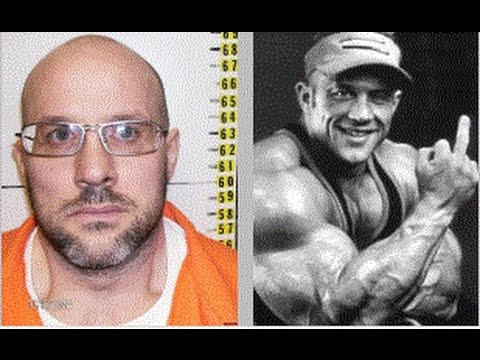 Craig Titus was a professional bodybuilder, competing during the late 1990s and early 2000s.

His last bodybuilding competition was the 2005 Iron Man Pro, where he took 6th place.

From then on, his life took a drastic turn, as he was implicated in the death of Melissa James.

Craig was sentenced to 21 to 55 years in prison.

Needless to say, he didn’t have access to steroids and big amounts of food in prison, which is why, as seen on the pic below, his physique declined pretty quickly. 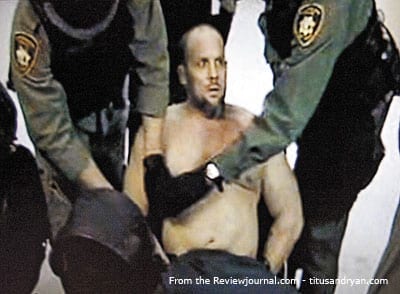 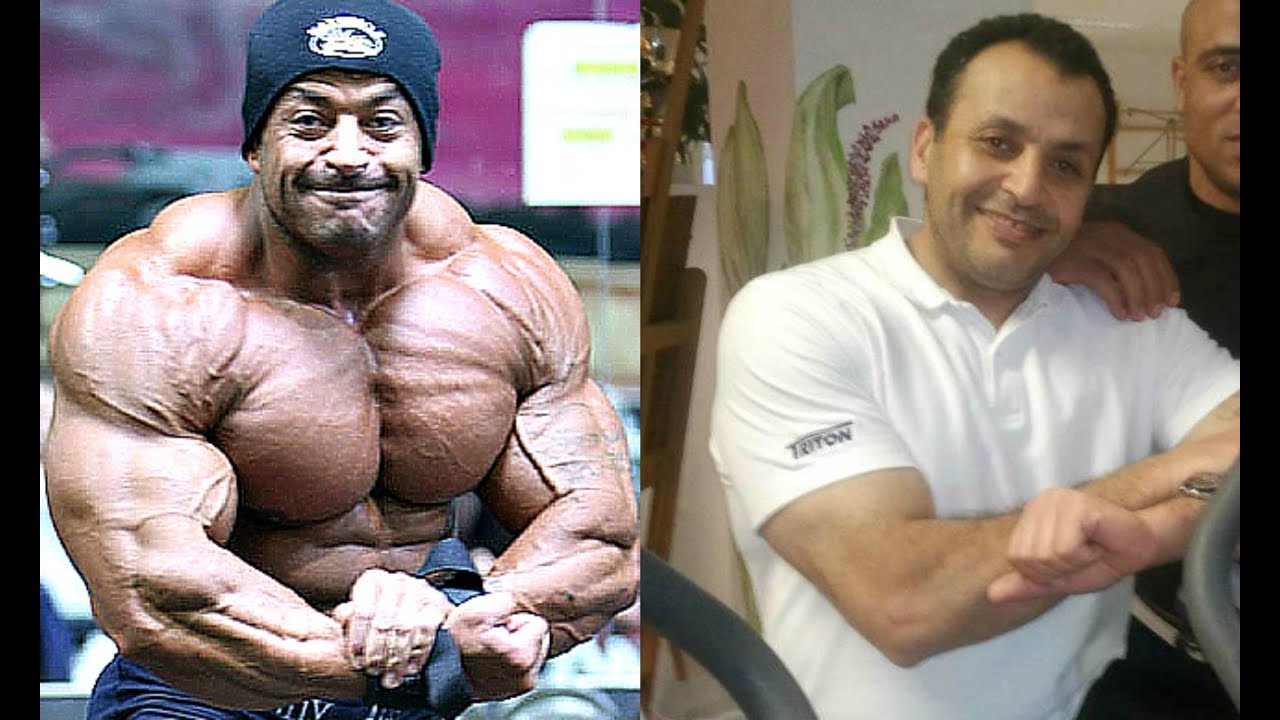 Mustafa was quite a big, dense, well-built bodybuilder, often compared to a Branch Warren type of physique.

His problem however was coming in well dialed-in during his competitions.

Even though that was the case, he was still an accomplished athlete, having won the NABBA Mr. Universe and running in the top 10 of the Mr. Olympia and Arnold Classic competitions.

Mustafa’s 270 lbs physique was admired and considered to be able to do a lot of damage at professional contests.

However, just like for many others on this list, it was health issues that forced Mustafa to retire in 2006.

In this case again, mustafa suffered kidney and liver issues, forcing him to retire.

When you have such issues, the bodybuilding lifestyle is simply not sustainable, which is the main thing leading to forced de-transformations like this one.

Paul Dillet is one of the biggest bodybuilders on this list, as he was one of the first people that started the “Mass monster” era in the 1990s.

He was standing at an astounding height of 6’2” and 330 pounds in the off-season and about 285 lbs on stage!

Needless to say, Paul Dillet was a sight to be seen. The only problems he had were his posing and sometimes his conditioning.

Back in 1994 however, Paul had to be carried off the stage at the Arnold Classic, due to dehydration and cramping.

Now, unlike the other people on the list, Paul didn’t retire due to health issues.

After 1994, he competed for another decade or so.

He then decided to start a bodybuilding organization of his own, called the WBFF – World Beauty Fitness and fashion.

Once he did that, his priorities transitioned and it seemed like he stepped away from his bodybuilding days.

Paul that was once a crazy mass monster, turned into one of the most dramatic post-retirement transformations. 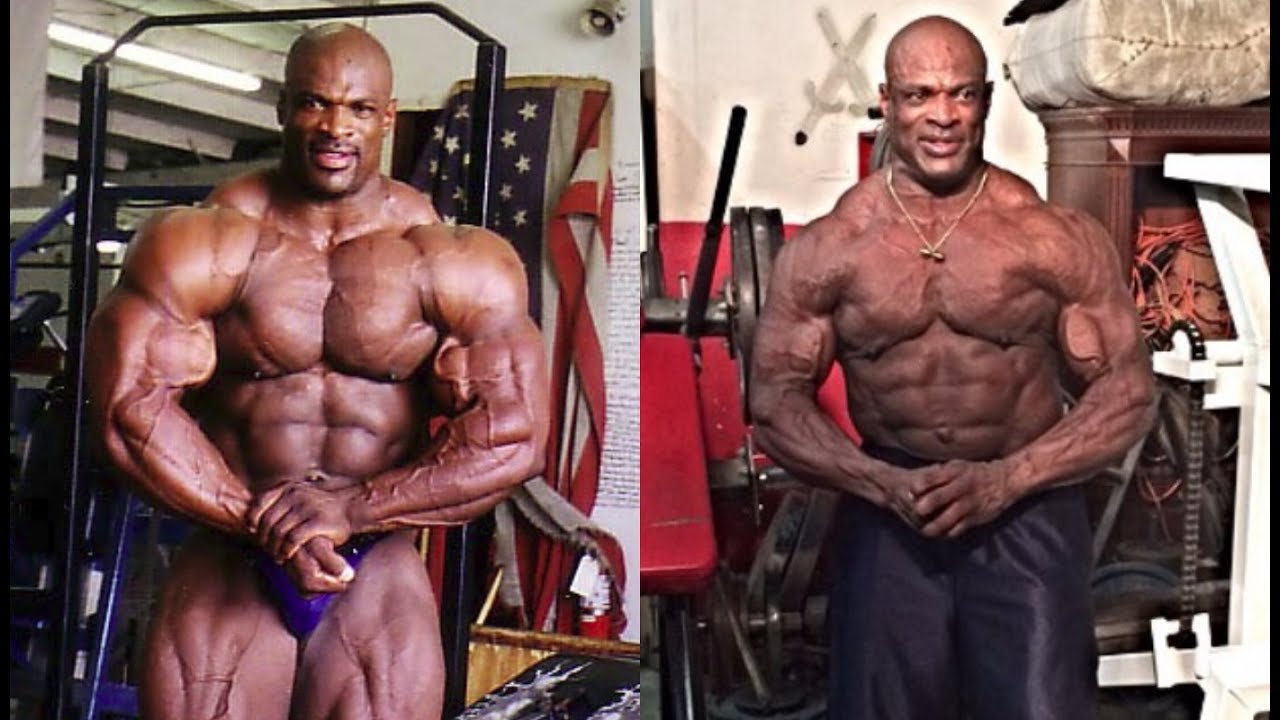 Now to the most famous bodybuilder on this list, the one and only- The king, Ronnie Coleman.

Besides for his Bodybuilding achievements, Ronnie is also well-known for his dramatic post-retirement de-transformation.

His 8 consecutive Mr. Olympia wins are not something any bodybuilder can do.

Ronnie paid for his achievement with the price of his health and wellbeing.

The King trained heavy and intense, which lead to a number of injuries.

Some of them required medical intervention, which is why he had a double hip replacement, as well as multiple spinal surgeries.

Needless to say, all of that combined, required Ronnie to quit training and eating like he used to, leading him to losing the body he once had.

Now, the next 3 bodybuilders on the list are of a different breed. Just like the previous ones, they lost pretty much all their gains, but managed to re-comp and come back at some point.

To start off, let’s have a look at Kevin Levrone, who is probably the most impressive on this list, in terms of transformations.

Kevin competed up until 2003, when he decided to retire and quit the bodybuilding lifestyle entirely.

However, unlike everyone on the list so far, Kevin decided to come-back more than a decade later.

In 2016, Kevin Levrone decided to come back and competed at the Mr. Olympia, where he brough a solid package. 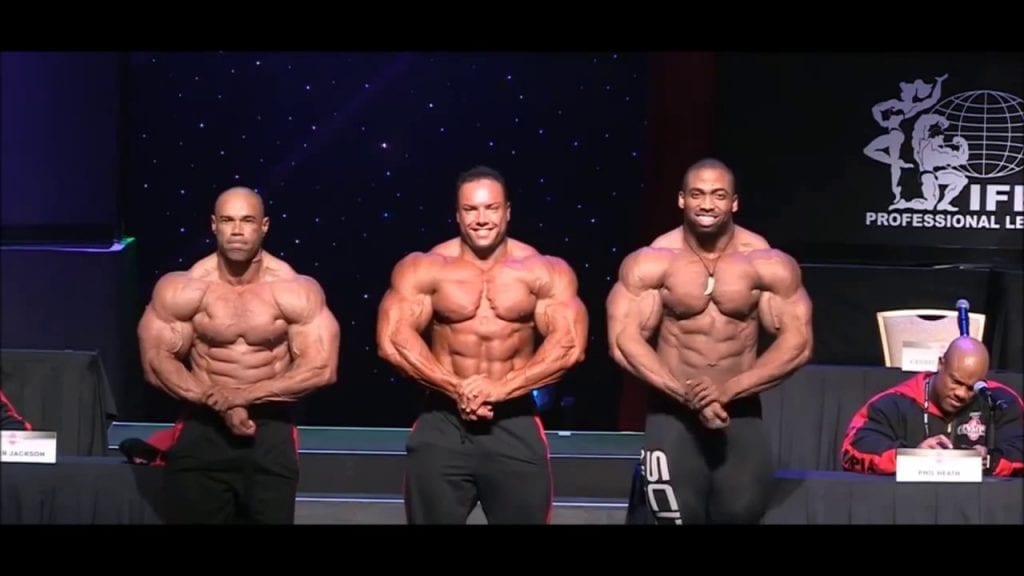 Kevin is on the far left

Even though he was 52 years old, he actually looked impressive, when placed next to some of the top dogs from the Olympia line-up.

Now of course, he wasn’t 100% back to his original mind-boggling physique, but nonetheless, he proved to everyone what he was capable of.

Kevin also did the 2018 Arnold Classic Australia, where he came in with even more size, as compared to his 2016 physique. 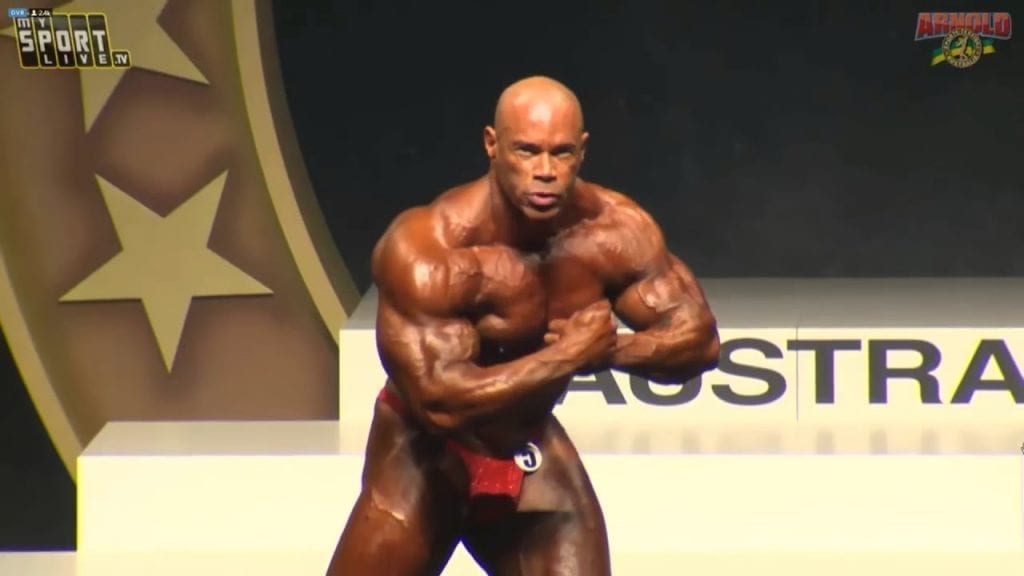 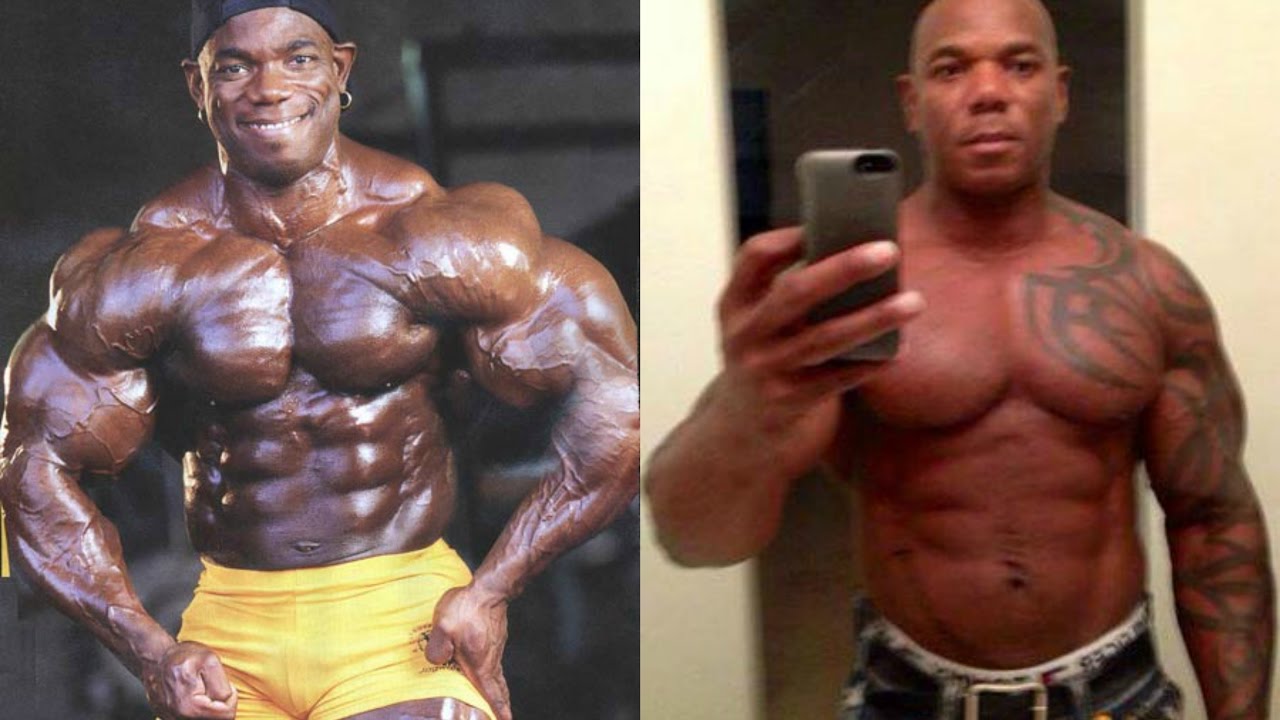 Another bodybuilder from the era of Kevin Levrone is namely Flex Wheeler.

Kevin and Flex both had similar achievements, placing well at the Arnold Classic and the Olympia.

On top of that, they both made comebacks within 1 year of eachother.

Many people considered Flex’s comeback irrational, due to the fact he received a kidney transplant back in 2003. 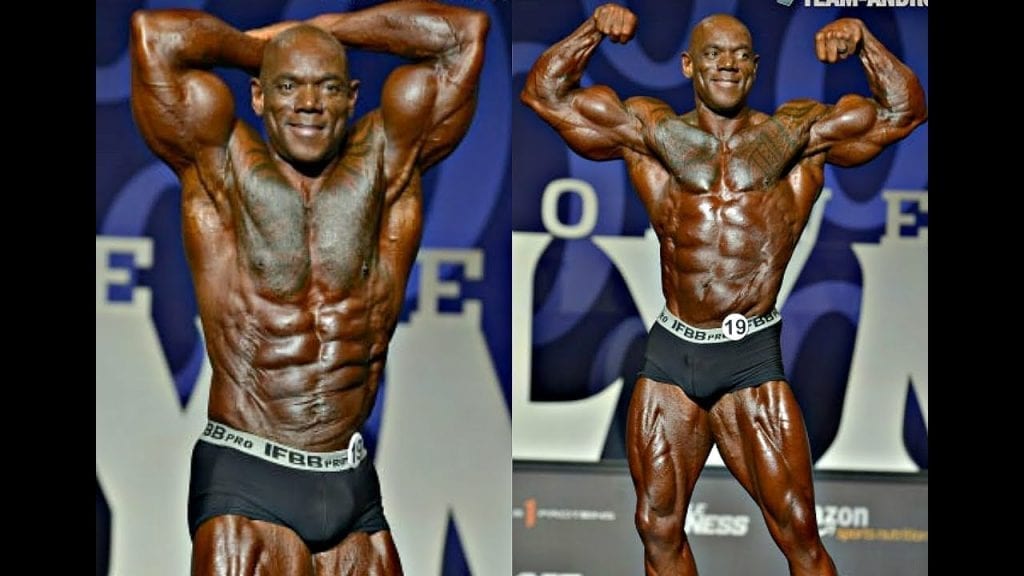 Fortunately however, Flex did survive his comeback and actually brought in a pretty good physique.

4 time Mr. Olympia Jay Cutler is one of the most impressive bodybuilders on this list.

Even though Jay retired in 2013, which was technically a comeback, after he lost to Phil Heath in 2011, he is still an active member of the bodybuilding community.

Jay manages to work on his business, visit expos and last but not least, he also keeps himself in good shape!

Fortunately, besides a bicep tear, Jay never had any significant injuries or health complications, that would force him to retire.

We can definitely say that even though he isn’t as big as he once was, he is comfortable with where he is at right now.

Check out the video below for more details!