The resemblance between the two physiques are so uncanny, they had to meet in person. Sadik Hadzovic won the men’s physique title at the Arnold Classic in 2015 and has one of the most enviable male physiques in modern times. Frank Zane is a legend of bodybuilding that paved the way for the development of the sport and won three consecutive Mr. Olympia titles along the way. Zane is now 73 years old and could probably teach Hadzovic a thing or two.

“What’s funny is, the past 10 years of my life, no matter what gym I went to, everyone has been comparing me to this guy Frank Zane,” says Hadzovic. “And I had no idea who he was. I literally thought that he was somebody my age who went to the same gym as me at different hours. Everyone kept telling me, ‘You look like Zane,’ and I’ve never even met this guy. I’m like, ‘What time does he train? Where’s he at?’ It wasn’t until a few years ago when I was on the Internet that I stumbled across some bodybuilding footage and saw Frank Zane. And I was like, ‘Holy crap, this guy is a former Mr. Olympia. That’s a f—ing compliment.’ And here I was thinking this guy was a normal dude.”

It was last summer that Hadzovic visited Zane’s gym by flying out to San Diego for an evaluation of his physique and a training tutorial provided by the legend himself.

“It was incredible,” says Hadzovic. “To me, that was better than meeting the president of the United States. Frank Zane to me is like God. I daydreamed and thought about meeting this man, and not only did I get to meet him, but he’s also giving me his honest opinion and advice. I’m still in disbelief that it actually happened. I’m lucky.” 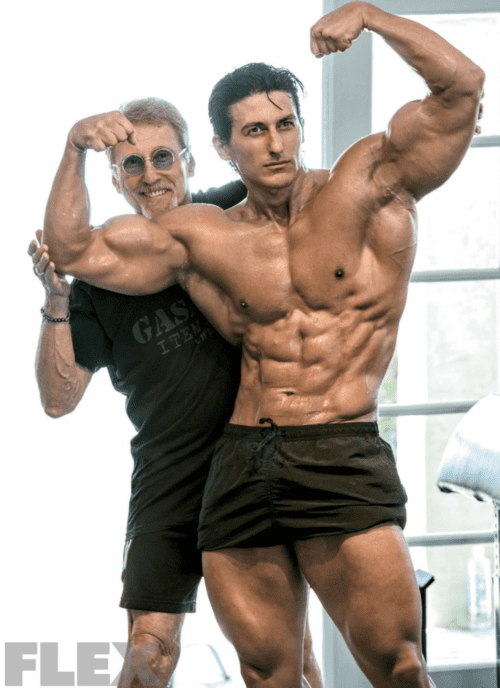 Zane had a lot of praise for the younger man’s physique, as well as a few pointers. “Sadik has some great strong areas, but he’s got some weak points, too,” said Zane following the photo shoot. “And he needs to address those if he wants to make it to the top. You can’t just be wearing Bermuda shorts all the time. I mean, he’s at the top of the physique division now, but he’s a ways away from having what we would call a ‘classic physique’ as far as old-school standards go.”

Hadzovic welcomed these critiques, as it will help him to improve. 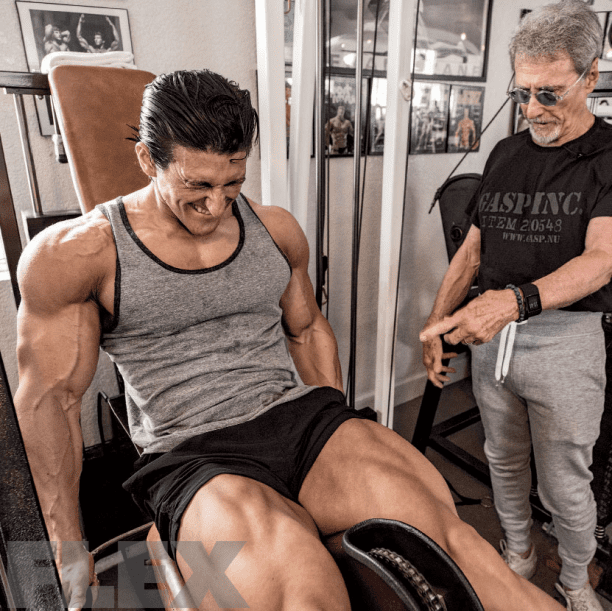 “I’m a very receptive person,” he says, “and I went into this experience like a sponge. I wanted to absorb as much as possible. The stuff that worked, I kept it and implemented it. The stuff that didn’t work, I just left it alone. I’m the best guy in the world at what I do, and I did it without Frank. But that doesn’t mean that I can’t learn new things. I’m constantly looking to improve. He’s someone I respect, so I know that if I implement 50% of what he taught me, it’s going to make me that much better onstage. I know the stuff that I like, I know the stuff that he likes, and I put them together and make my own little formula.”

By taking on board all of the advice, Hadzovic could emulate Zane and become a three-peat winner of the Olympia himself.