Claiming to be completely natural, Ulisses Jr is one of the most successful bodybuilders to hit the Musclemania circuit.

His exceptional genetics and never quit attitude have enabled him to become a renowned celebrity trainer and social media fitness guru.

Here’s the insane story of how an underweight teen became a bodybuilding mammoth.

Born in 1976 and raised in New York City, Ulisses Williams Jr had an obsession with fitness and sport throughout his early years. However, while he was keen on soccer, football and track—he struggled to make any headway into his high school teams.

“I relied on my athleticism to keep me lean and ripped, but in comparison to other teenagers in my age group, I was always one of the smallest. My lack of size and strength is what made it hard for me to make any of the teams, and this was a wake-up call for me.”

To resolve the issue, his coach suggested he hit the gym. Ulisses Jr followed his advice—and immediately fell in love with lifting.1

As his physique developed, he and his lifting buddies decided to enter a local bodybuilding competition. Despite being a novice and still in his teens—Ulisses Jr won.

This victory fuelled his ambition. He began to focus all his attention on competition—using it as a motivation to push himself harder. Within five years, he was a familiar face on the circuit and won his first major title, the 2000 Platinum Classic NYC.

This exposure led to modeling and magazine cover work and allowed him to develop his own celebrity fitness training business.

He remained at the top of the pile in the Musclemania division—retiring from the sport in 2014 to concentrate on his other business ventures. However, there are rumors that he may return in the near future to compete in the Classic Physique category.

Through his YouTube channel and Ulisses Jr Instagram account—he aims to help others to understand the importance of training and fitness:

“I want to inspire and motivate people of all ages, to share the importance of the consistency needed in both training and nutrition.” 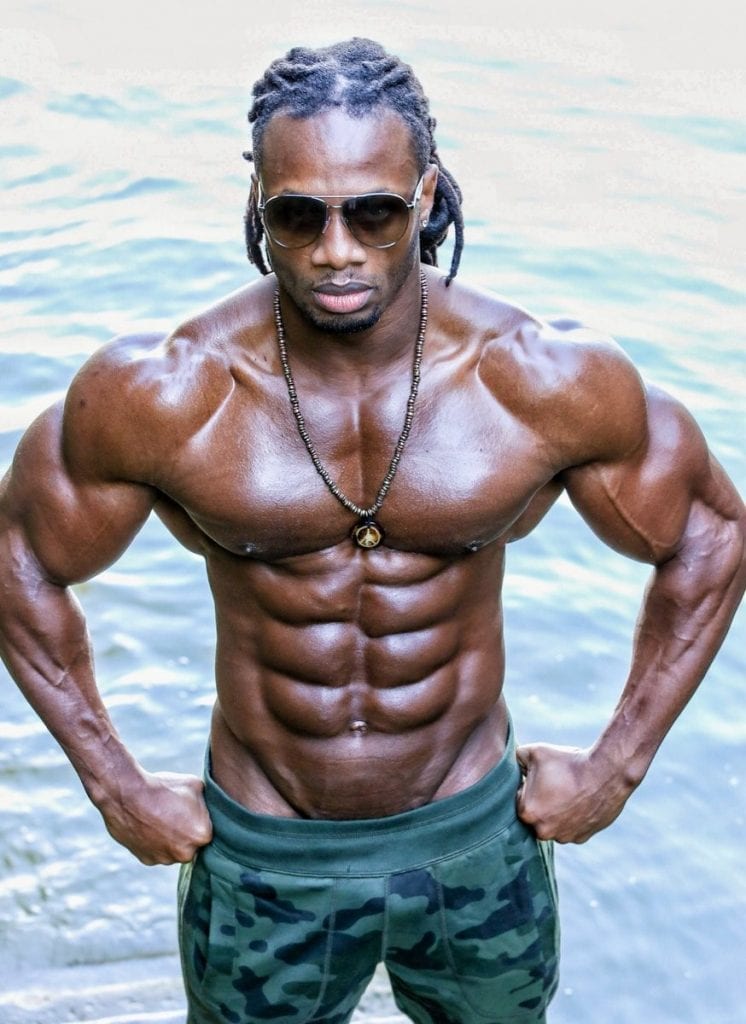 Ulisses Jr is the only person to win Musclemania World and Universe titles back to back (2013 and 2014).

Throughout his fourteen years on the circuit—he was the man to beat. Here are his most impressive performances:

It’s estimated that Ulisses Jr has a net worth of $1.6 million. 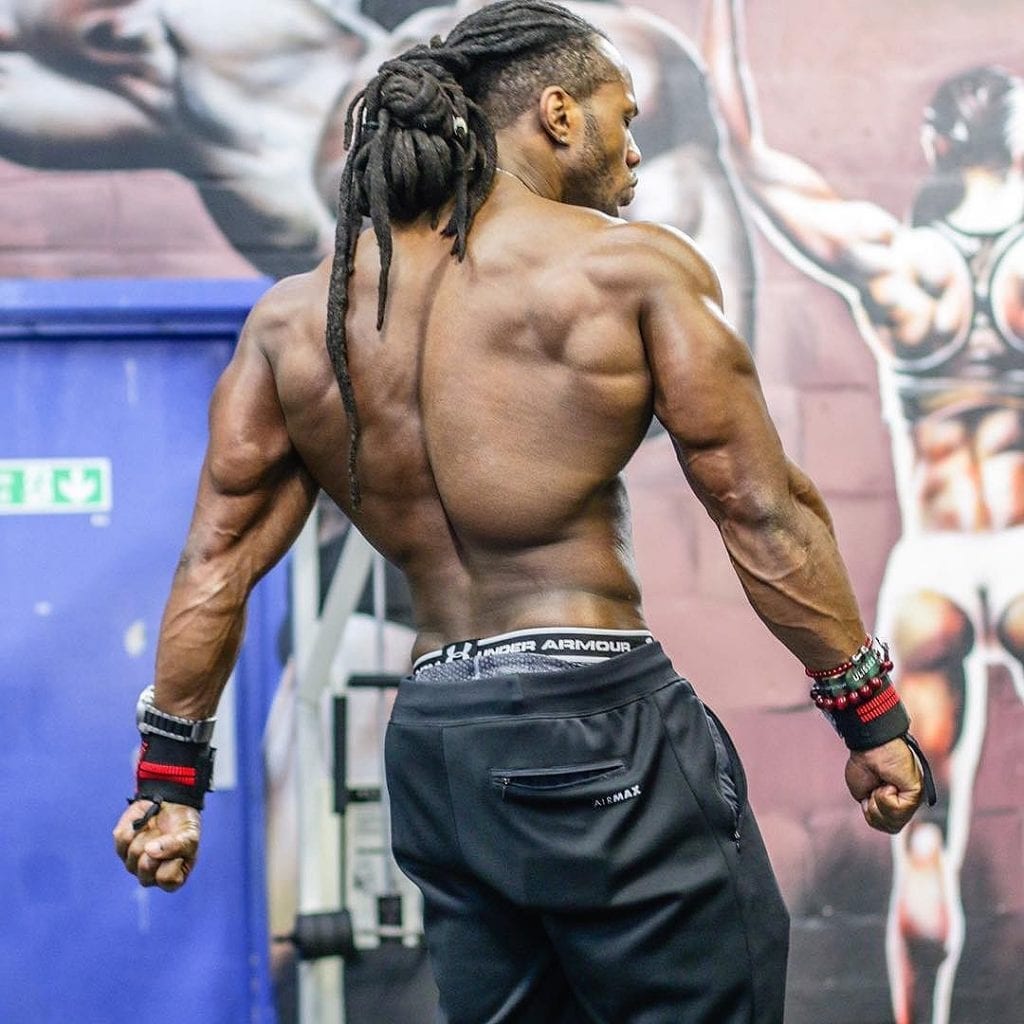 The Ulisses Jr workout concentrates on mainly compound exercises combined with a high volume of reps, usually 12 to 15 per set. Often, he will throw in a dropset or superset, as he believes this “shocks” the muscles generating greater returns—boosting endurance and raising the heart rate.

Each resistance training workout concludes with what he calls his “finisher.” These exercises consist of an extremely high level of reps to completely exhaust the particular muscle group.

He trains six days per week, with Saturday being his wild card day. Ulisses Jr believes it’s crucial to ensure that your body is developing in proportion—so recommends that one day a week should be used to focus on any areas that aren’t up to scratch.

Finally, every day, post-workout, he will complete 15 to 20 minutes of HIIT cardio.

“15-20 mins HIIT cardio session on the treadmill or StairMaster. One minute run and one minute walk split. To increase intensity I reduce my rest time to 45 seconds or 30 seconds based on how I’m feeling”

The mighty Ulisses Jr talks you through his ultimate quads workout:

If you want to know how to build the ultimate upper chest, here’s Ulisses Jr taking you through it:

Follow Ulisses Jr as he pushes hard through his shoulder workout:

Ulisses Jr explains how to take bicep and tricep training to the limit:

Select a muscle group that is lagging behind the rest of the body and work it.

On Sunday, Ulisses Jr says that he walks to church with his bible in one hand and a protein shake in the other. 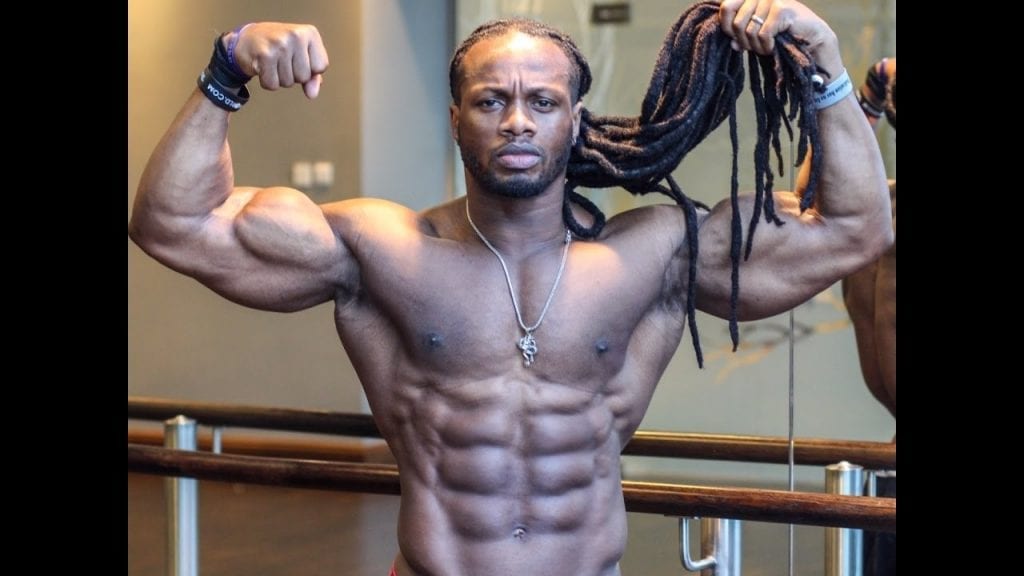 The ethos behind the Ulisses diet plan is nature is nutrition. As such, he tries to eat as much organic produce as possible—steering away from processed and take away foods.

Ulisses Jr considers supplements as part of his meal plans—and hence takes them at particular times of the day.

There’s no off-season bulking for Ulisses Jr—instead, he remains ripped for twelve months of the year. He explains that as he has photo shoots, public appearances and tours every month—he can’t afford to be seen without his distinctive shredded appearance.

He does, however, allow himself a slight weight buffer zone—enabling him to trim down in just seven days if required.

Don’t cheat on your diet if you want to make gains. Otherwise, Ulisses Jr will smack that damn ice-cream right out of your hand:

Is Ulisses Jr on Steroids? 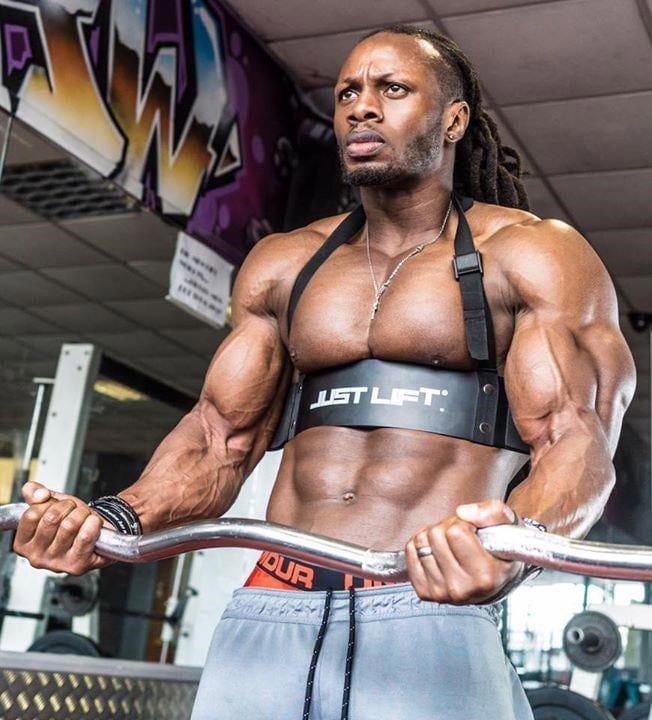 Firstly, Ulisses Jr claims to be completely natural—he states that he has never touched steroids in his entire career.

Many people have accused him of juicing—saying that he’s obviously on the gear and only claims natty to keep his sponsorships. However, Ulisses Jr refutes this as being completely false—he has enough income from his own businesses not to care about any money from third party sources.

Secondly, he competed in Musclemania—a competition that is known for its (sometimes questionable) compulsory drug testing. Throughout his career in this division, he never received a positive drug result.

“I’m around 200 pounds. If I’ve been juicing for nearly 20 years, then I need my money back. I must have been wasting my money for years.”

However, looking at the before and after pictures of Ulisses, he has made some serious gains and remains ripped the whole year-round. Possibly indicating synthetic use.

Ok, there’s no ‘roid gut, and no part of him looks obscenely developed—so he’s definitely not on a massive cycle. But it does raise some questions.

Additionally, take a look at this image below: 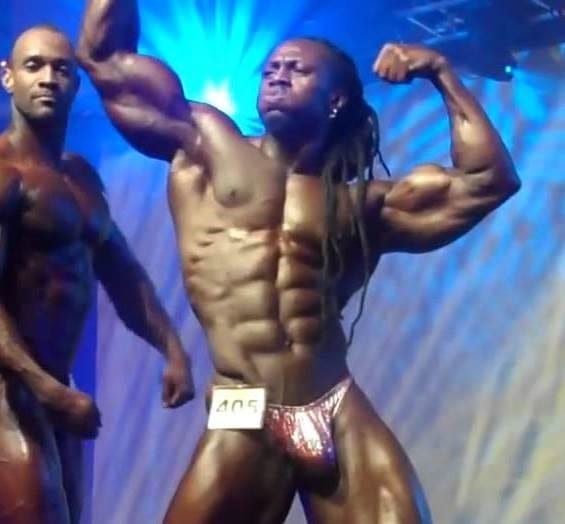 There appears to be some distinctive gyno around his right nipple. Perhaps this is just a trick of the light—or an indicator of steroid use.

Ulisses Jr Before and After

Ulisses Jr has been working out since high school. From being introduced to training in his late teens, through to his win in the 2000 NYC Platinum Classic, the process took five years.

Over his bodybuilding career, Ulisses Jr has consistently remained shredded, although his muscle mass seriously increased over the years.

Here’s his transformation from a teenage athlete, through to his early twenties and finally today. 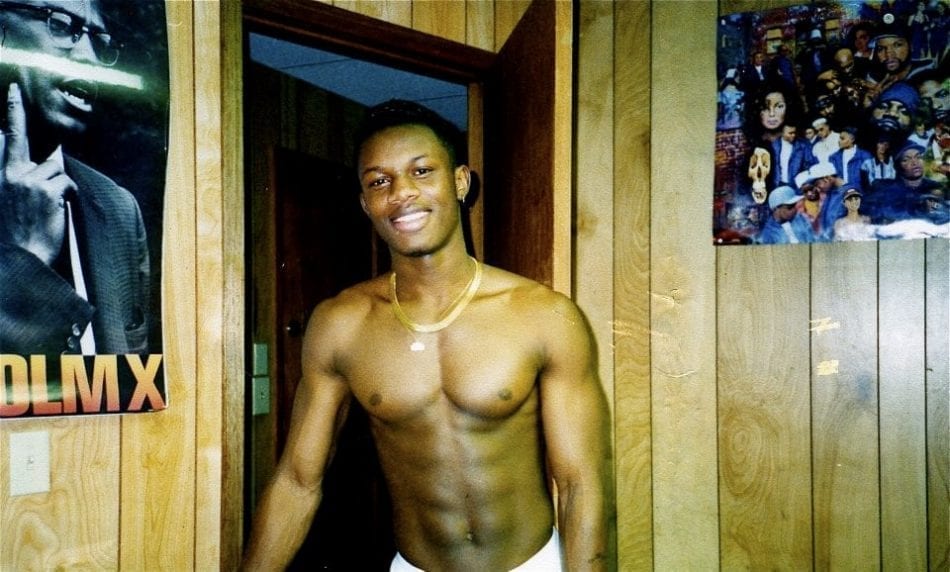 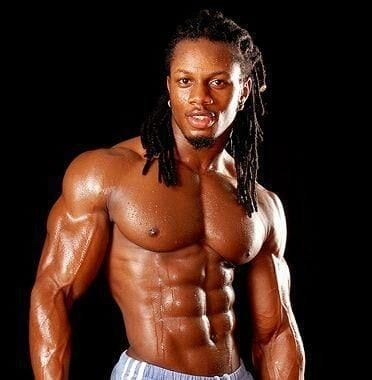 He considers that supplementation is vital to achieving the ultimate physique, and uses them religiously every day.

Ulisses Jr indicates that his preferred products are:

Furthermore, together with the nutritional company BioTech USA—he’s developed a range of products including pre and intra-workouts and protein powders. 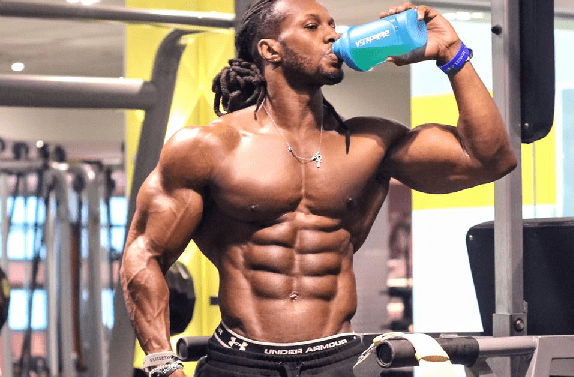 Ulisses Jr continually strives to inspire his followers to push themselves hard and achieve their fitness goals. Here are some of his musings:

“No one owns your outcome, but you! Stay dedicated to your passion in life!”

“To be the best, you need to be able to handle the worst.”

“Why do something if you’re not gonna be the best? What’s the point?”

“My motivation comes from many different sources. From within to be the best! From my family and friends who believe in what I do. Old school bodybuilders from the golden era and my fans who stay motivated by following my fitness journey.”

“How Many Bodybuilding Trophies Did Ulisses Jr Win?”

“Who Are Ulisses Jr Bodybuilding Buddies?”

In his free time, Ulisses Jr is known to hang around with the bodybuilder, Simeon Panda. Additionally, it’s reported that while on the circuit, he was good friends with fellow Musclemania athlete, Chul Soon Hwang.

“What Is Ulisses Jr Real Name?” 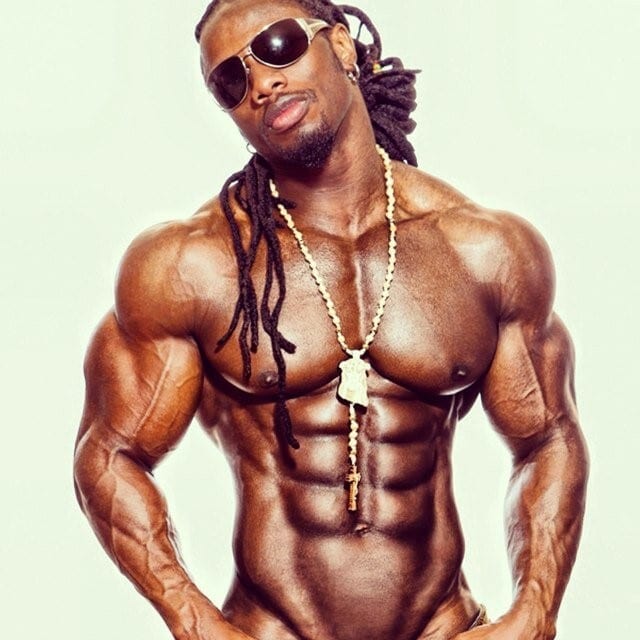 From an underweight and weak high school athlete to a world-beating bodybuilder—Ulisses Jr is an inspiration.

He illustrates that you don’t have to be naturally large or powerful to become a ripped monster. Hard work, dedication and nutrition are all that are required to build an awesome physique.

Ulisses Jr continually promotes through his social media accounts the benefits of training—trying to encourage the least naturally gifted people to hit the gym.

And for that, he should be admired and respected.