USPlabs, which sold the best-selling workout supplement Jack3d, and six of its executives face criminal charges for the unlawful sale of nutritional supplements, the U.S. Justice Department said Tuesday in announcing a larger probe by federal agencies aimed at stemming the sale of unproven products. 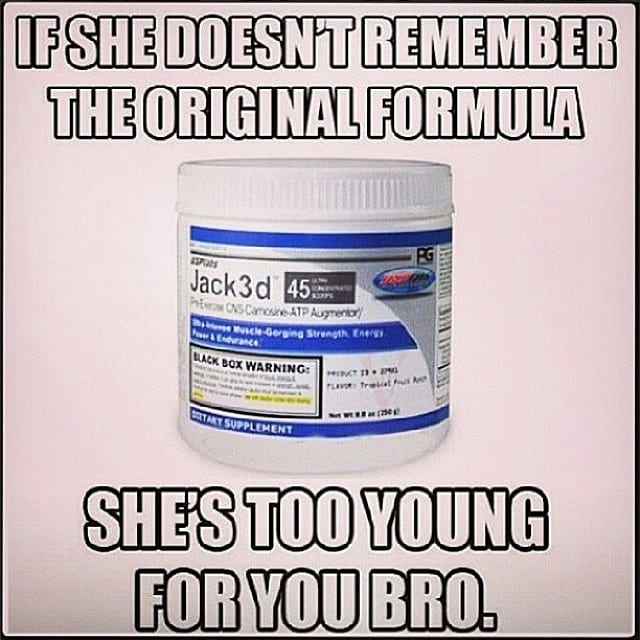 The indictment says that USPlabs LLC used a synthetic stimulant made in China to make Jack3d and OxyElite Pro but told retailers that the supplements were manufactured from plant extracts. The supplements had $400 million in sales between 2008 and 2013, according to the indictment.

“From California to Maine, consumers ingest pills, powders and liquids every day, not knowing whether they are wasting money or whether they may end up harming, rather than helping, themselves. Unfortunately, many of these products are not what they purport to be or cannot do what the distributors claim they can do,” said Benjamin Mizer, Principal Deputy Assistant Attorney General.

Six executives with USPlabs and S.K. Laboratories, which actually manufactured the supplements for USPlabs, face criminal charges. Four were arrested on Tuesday and two were expected to surrender, the Justice Department said.

The indictment also said there were a rash of liver injuries associated with the product OxyElite Pro Advanced Formula in late 2013, and several users needed liver transplants.

USPlabs, when told of this, informed the U.S. Food and Drug Administration that it would stop marketing the supplement but instead tried to sell off inventories as quickly as possible even as executives ordered that two offending substances be removed from the formula, the indictment said.

USPlabs, which is based in Dallas, did not respond to requests for comment.

Earlier, news of the department’s impending press conference rocked share prices of GNC Holdings Inc, Vitamin Shoppe and Herbalife Ltd. The companies were not named in the announcement and all recovered to close down slightly.

GNC Holdings said it was aware of the investigation. “Any employee in violation of our compliance policies would be immediately dismissed from the company,” the nutritional products retailer said in a statement.

The department also said it filed civil cases against five companies in the past week, alleging the improper sale of a range of supplements. The companies included Clifford Woods, which sold Taheebo Life Tea and Life Glow Plus; Viruxo, which sold a product of the same name to treat herpes; and Optimum Health, which sold DMSO Cream for a variety of conditions.

(Reporting by Siddharth Cavale in Bengaluru and Diane Bartz in Washington; Editing by Bernard Orr and Gopakumar Warrier)