So we got this story sent from one of our fans to our inbox.  This really is a tragic story and we have seen this happen way too many times. Guys slowly losing their life because of a girl that takes over their life.

“Hey guys I had to share this story with you, I lost my best friend, my lifting buddy after he met this girl. His life has went downhill ever since he started seeing her. I want to warn you guys of getting a girlfriend, they will slowly ruin your life. As I have lost my best friend who doesn’t even talk to me anymore”

So here it begins.

I had this amazing friend we worked out together, partied together and basically just did all the things best bro’s do together before he met this girl.

My friend was getting extremely good results in the gym and we were both living life to the fullest.

As you all know when you live that kind of a lifestyle were you are becoming more successful in any endeavour in your life week by week you obviously become more attractive to girls.

My friend had recently gotten a great job, he was one of the best bodybuilders in our gym (even better than me), he was meeting a lot of attractive girls, he was living a great life until he met this girl.

At the beginning it was innocent enough, he just started seeing this girl which was pretty usual for him. He usually kind of stopped seeing girls when he had been seeing them for a couple of weeks.

This time it was different, he had been seeing her for about 5 weeks and then he slowly stopped showing up for our scheduled workouts. At first he always had a pretty solid excuse why he couldn’t make it and I kinda let him off the hook. 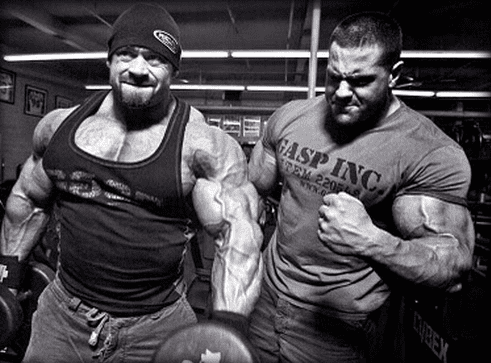 2 months into his relationship with this girl he was not showing up at all, he didn’t even answer his phone most of the times and when I talked to him he always had some excuses and explanations on why he did not work out anymore.

Now there have been 8 months since he showed up in the gym, he has not met his friends for about 4 months and the last time he showed up to a party he was fat,  not dressed and left the party very early.

I have never seen him so sloppy for years.

I called him out the next day and confronted him about the situation. He was also losing his great job he was so excited about.

He simply told me some horrible things. He told me that his girlfriend did not like me and his friends and did not want him to spend time with me and his other friends.

He also told me that his girl thought bodybuilding and training in the gym was stupid and a waste of time.

This was the boiling point for me I told him that his girl was holding him back and he had to break up with her.

He did not listen to me and stopped answering my calls and I have been in any contact with him for a few months.

I recently saw him, he had gained about 20 lbs of fat and was looking absolutely terrible.

The strangest thing happened a few days ago he calls me crying on the phone.

Telling me some nasty things about how his girl has been treating him, he told me that his girl was pregnant and he wasn’t even sure that the baby was his because she had been cheating on him with at least 2 other guys.

Despite that fact he told me he still wanted to be with her and raise the kid even though maby it might not even be his kid.

I tried putting some sense into his brain but he didn’t listen, I told him that this girl was ruining his life.

I told him “I can’t see you go down this road, I am here for you I am your friend, stop seeing this girl and if the kid is your’s fine you will raise it but don’t do it with the girl. Come back to the gym, remember all the great times we’ve had together for the past few years.”

At that point I realised I could not be his friend anymore and I cannot be influenced by this negativity.

I wanted to share this story with all the guys out there that think a girl is going to make your life perfect, because it’s not. Really think hard about the relationship decisions you make in your life.