When Arnold Schwarzenegger recently confirmed that he did in fact sleep with his housekeeper and fathered an illegimate love child, the only shock was that he kept it a secret for over 10 years. (Honestly it’s a terrible situation and all, but how stoked was that kid to find out he was the son of the Terminator. I mean, kid is probably running around bragging his ass off) Looking back through Arnold’s career in film and politics, the undisputed king of bodybuilding has been intangled in many sexual misconduct allegations and rumors of infidelity for well over a decade now. For a real treat, we have compiled some of his most infamous misogynistic quotes. 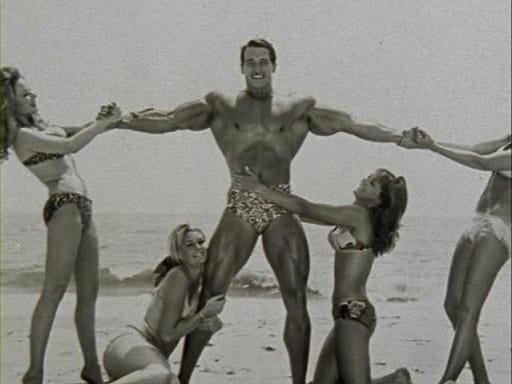 Here are some of our favorite Arnold sex quotes:

Most of these quotes come from his 1977  interview with Oui Magazine .

“I get laid on purpose. I can’t sleep before a competition and I’m up all night, anyway, so instead of staring at the ceiling I figure I might as well find somebody and f**k.”

“Having chicks around is the kind of thing that breaks up the intense training. It gives you relief, and then afterward you go back to the serious stuff.” 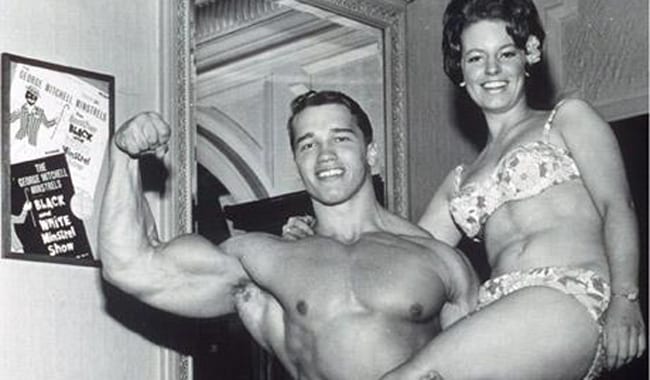 “I learned my lesson. I had several harassment lessons … I know now what can be said and what can’t be said … Now I would not even tell someone I like their outfit. It could go south.”

“I hate pants. This is something I have inherited from my father. He despised pants, and my mother was never allowed to wear them at home. We’re talking about a different time period now, when the man was much more the ruler of the house. But I still feel that way, and neither my mother nor Maria is allowed to go out with me in pants.”

Here is the grand finale, a gem of an excerpt from Gold’s Gym in the 70’s:
Share5K
Tweet
Pin
5K Shares