Those men and women of the glistening, rippling muscles and citrus-inspired perma-tans must spend a lot of time and money on maintaining their unfathomable physiques; but we’ve often wondered, do they make a return? Or is the bodybuilding mission simply a labour of love – or vanity? Since Arnie hit the scene back in the 70s, the bodybuilding industry, and countless muscles, have exploded. It’s a skill that uses progressive resistance exercise to develop and control your musculature. Once you’ve acheived an enviably physique, you’ll first become a competitive amateur, joining fellow bodybuilders in line-ups showing off your muscles in set poses. Criteria like muscularity, symmetry and conditioning are used to assess the athletes and decide on a winner. The gruelling preparation for these competitions normally involves dehydration, use of oils, tanning lotions and fat loss, all of which enhance the already striking muscular definition of the competitors.

A professional bodybuilder has to win qualifying competitions as an amateur and will earn a “pro card” – earning him or her the right to compete for monetary prizes. Depending on their success, professional bodybuilders can receive monetary compensation from sponsors. It can be lucrative, with the top professional bodybuilders making at least several hundred thousand dollars a year from prize money and endorsements.
Working out every day and posing for a living sounds pretty good, right? But it’s not as easy as it sounds. You might be a gym rat with a nice set of abs, but this does not a professional bodybuilder make. The bodybuilders on our list have endured years of training and investment, decades of strict dieting and gruelling exercise routines. Most of those who’ve earned the pro card in the International Federation of BodyBuilding (IFBB), the world’s top bodybuilding league, do so between their mid-twenties and mid-thirties and only after years of unpaid training and competitions. We’re looking at the cream of the bodybuilding crop – and the top five highest earners in the industry – to see what makes these pro bodybuilders great. 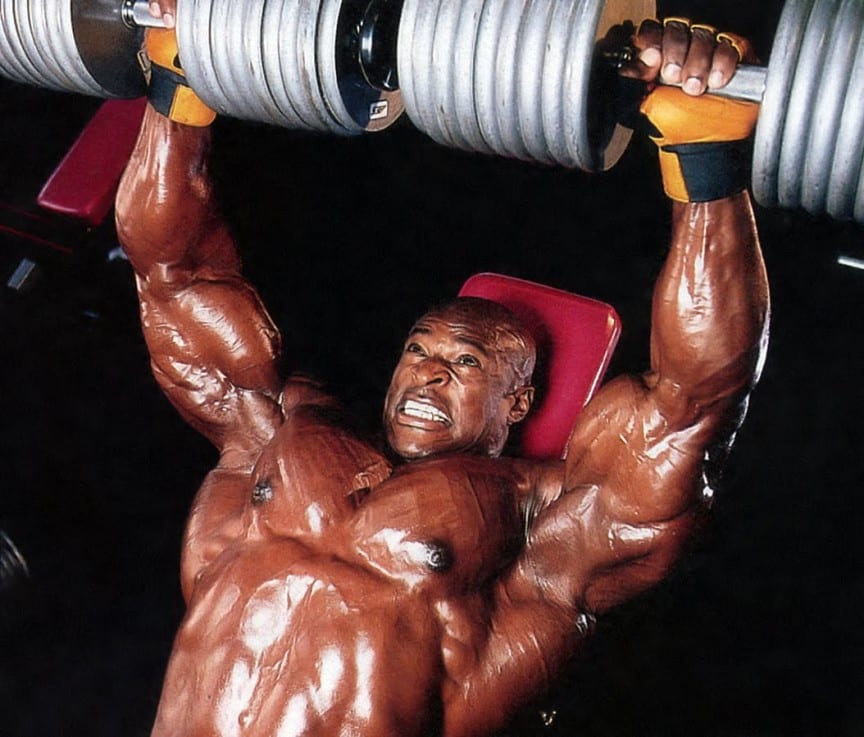 U.S. born Ronnie Coleman – appropriately nicknamed Big Ron – was born in 1964 in Louisiana. Ronnie has an estimated worth of $10 million and his stunning physique has seen him to 8 consecutive wins as Mr. Olympia from 1998 on. He’s not just brawn though; Coleman has a B.S in Accounting and after his graduation from college he served as a police officer. He began his professional bodybuilding career in 1992 and after a relatively short spell of training, Ronnie won first place in Mr Texas competition (Heavyweight and Overall). He’s also won other coveted titles including the 1996 Canada Pro Cup, the 2000 Grand Prix England, and the 2001 Arnold Schwarzenegger Classic. Ronnie comes in at 290+ pounds, has gigantic 23” arms, and his back muscle is considered to be the best in the bodybuilding world according to musclelegion.com. 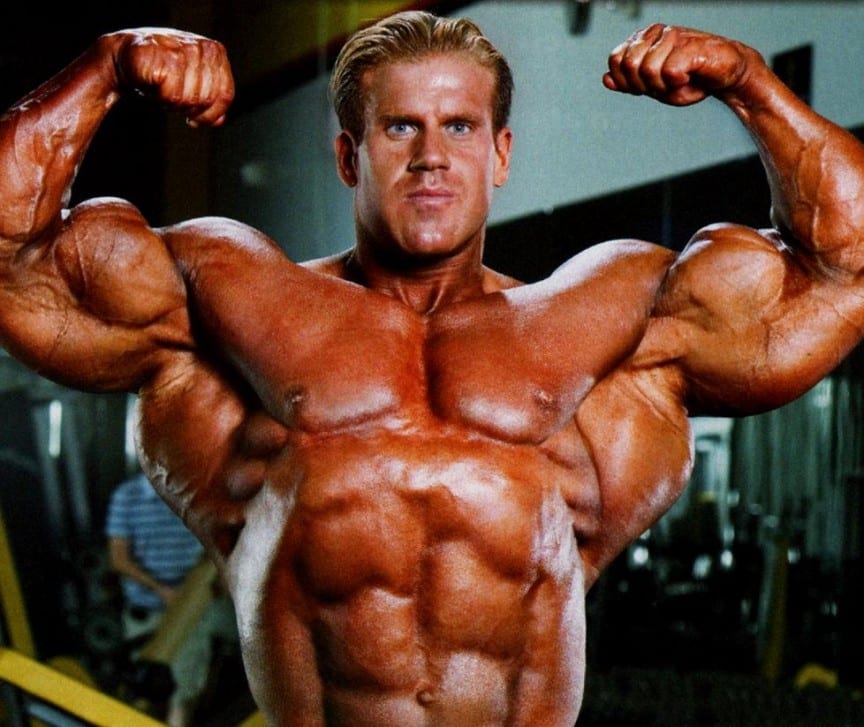 Now Jay Cutler has his own supplement brand, so this number might be outdated, but it’s the only information we could find. Jay Cutler was born on August 3, 1973 in Sterling, Massachusetts. He’s a professional bodybuilder and a four time winner of Mr. Olympia between 2006 and 2010. Jay Cutler’s incredible muscles have earned him an estimated – equally incredible – $30 million. Before making a début in professional bodybuilding, Jay worked in his family’s concrete construction business, so heavy lifting was second nature to him. He began training early, as an 18 year old senior at Wachusett Regional High School. He later graduated with a bachelor’s degree in criminal justice but joined bodybuilding after being inspired by his personal trainer, Marcos Rodriguez. Cutlers first win was at the Iron Bodies Invitational in 1993 and he won three Arnold Classic titles consecutively in 2002, 2003, and 2004. Jay Cutler was placed second to number 5 on our list, Ronnie Coleman, four times in the Mr. Olympia before he eventually claimed the title in 2006. Besides stage competitions, Jay Cutler has developed his own style of personal branding; he’s been featured on the cover of fitness magazines internationally and has released several DVDs and his own book.

#3 is a legend in the industry, see who on the next page 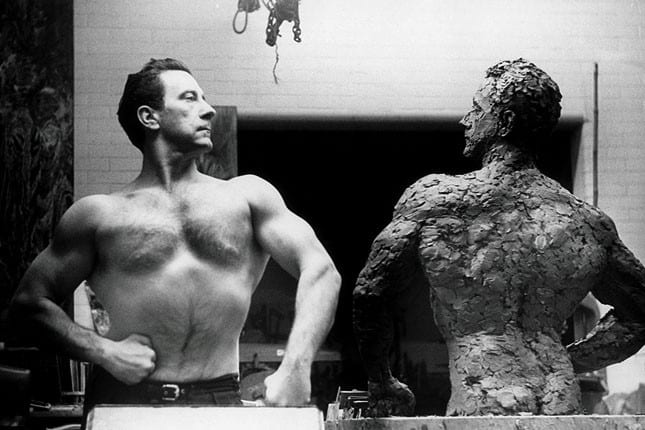 A legend in the world of bodybuilding, Joe Weider was a Canadian bodybuilder and an entrepreneur who had amassed an estimated net worth of $35 million before he passed away in March 2013 aged 93. The only Canadian on our list, Josef Wider was born in Montreal, Quebec in 1919, to Jewish emigrant parents from Poland. Weider is credited with founding many leading bodybuilding competitions including Mr. Olympia, Ms Olympia, and Master Olympia. At 17, Joe Weider had an early interest in his body – he published the first issue of Your Physique that year, which would later become the renowned Muscle and Fitness Magazine. He was a co-founder of the International Federation of BodyBuilders (IFBB) and went on to publish other internationally distinguished bodybuilding and fitness magazines like Men’s Fitness, Flex
and Shape magazine. His involvement in the world of bodybuilding was pioneering, and the pivotal ‘The Weider System of Bodybuilding’ published in 1981 arguably secured his place as a legend in the history of the sport.

The 2nd richest bodybuilder has his own clothing and supplement brand

Rich Gaspari – also known as ‘The Gragon Slayer’ – was born in New Jersey in 1963. Throughout the course of his career as a profesisonal body builder , he’s believed to have amassed a shocking $90 million. Surprisingly, he’s won less titles than some of the bodybuilders lower on our list, but he was inducted into the IFBB Hall of Fame in 2004 and is a three-time runner up at the Mr. Olympia. He started out early in life, doing some basic weightlifting at age 14, and won the Jersey Classic in 1982. One month after
his 20th birthday, Gaspari won the NPC Junior Nationals in Union, New Jersey and a year later, in 1984, he won the lightweight class at the NPC Nationals . The same year, he qualified to become an IFBB pro by winning the IFBB World (Amateur Lightweight Division) Championships in Las Vegas. This run
of victories helped Rich Gaspari to step up to the professional arena in 1985 at the Night of Champions. Between 1986 and 1988 Gaspari was at the peak of his career, winning titles internationally. Gaspari invested his winnings into creating his own supplement company, Gaspari Nutrition, which includes the popular bodybuilding supplements “SizeOn”, “SuperPump” and “IntraPro”.

The richest bodybuilder in the world might not come as a surprise, often called the king by the BroScience community. 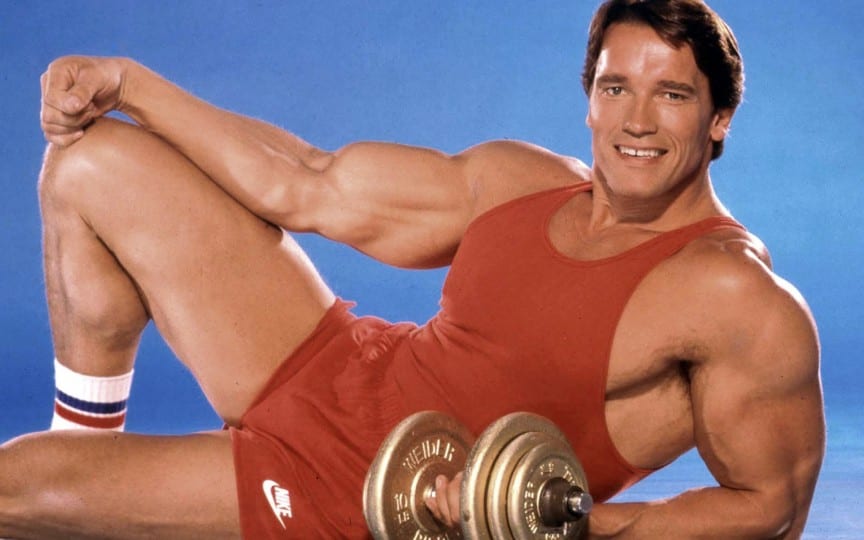 The legendary Arnie tops our list as the richest bodybuilder in the world. He made his name in bodybuilding but was so well-loved by the public that he became a millionaire celebrity in his own right. An Austrian-American bodybuilder, actor, model, businessman and politician whose net worth is estimated at $300
million, he was born in Austria in 1947. Schwarzenegger’s bodybuilding career began in 1960 when his soccer coach took him to the local gym where he lifted his very first barbell. In 1965, Schwarzenegger picked up the Junior Mr. Europe Contest and two years later he became the youngest person ever to win the Mr. Universe title. He then began to train at Gold’s Gym in Los Angeles and in 1970, he won his first Mr. Olympia – he go on to win the title six more times making him a 7-time winner of the prestigious title. During his career, Arnold became the face of bodybuilding worldwide and his boyish good looks and stunning physique made him a hit in Hollywood, where he landed leading roles in high-profile action movies. Schwarzenegger later ventured into politics, where he successfully became the 38th governor of California.