When you’re in a relationship with someone, you don’t expect them to stop caring about all of your flaws, but you do expect them to be a bit more understanding and supportive – because at the end of the day if they love you enough to be with you, they should be willing to put up with the fact that you aren’t perfect.

But unfortunately that doesn’t always happen. Take Nadina Knight, she was dumped by her boyfriend for being overweight. They had been together for several years, and had known each other since they were 17, but it seems that ‘Tim’ couldn’t take being with a slightly larger girl.

To make things worse, after Tim broke up with Nadina, he started going out with a very slim girl, maybe to make a point about things.

Once all of this had sunk in for Nadina, she decided to take action. At the time, she was at university in the UK and was busy eating a drinking to excess, and she didn’t know what a healthy diet was. So she started by Googling ‘healthy eating’ and then worked out a plan from there.

She decided to cut out all alcohol, sparkling drinks and junk food, and decided to start going to the gym to make sure that she was toning the excess skin that being overweight was leaving her with. 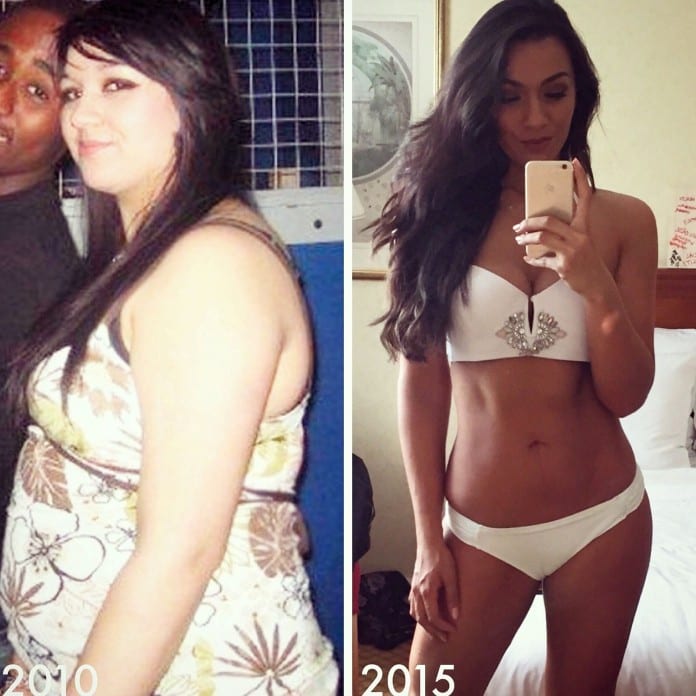 To top it all off, after Nadina dropped the pounds and started to look fantastic, she bumped into Tim’s thin girlfriend in a local store – the girlfriend didn’t recognise Nadina, and Nadina was thrilled that she was able to show off her incredible transformation to Tim’s girlfriend.

Thankfully, Nadina is settled with a new boyfriend Jacques, who she enjoys working out with regularly.

I think it’s safe to say that Nadina got some pretty good revenge and made herself look absolutely fantastic at the same time – who knows, maybe Tim’s kicking himself for letting her go?