As people go, Tarzan is a specimen.

The physique you get by living in the jungle and swinging from trees is a sight to behold.

Alexander Skarsgard had big shoes to fill when he took on the role for the latest big movie from Hollywood, the Legend of Tarzan. He is in a cast along with Samuel L. Jackson and Margot Robbie.

He took 12 weeks to bulk cleanly to pile on some mass before cutting for 4 weeks to get very lean.

He is 39 years old and is an ex-anti-terrorist law enforcer and labels himself as a hard gainer by all accounts.

It was Magnus Lygdback who was the nutritionist and trainer behind this transformation. 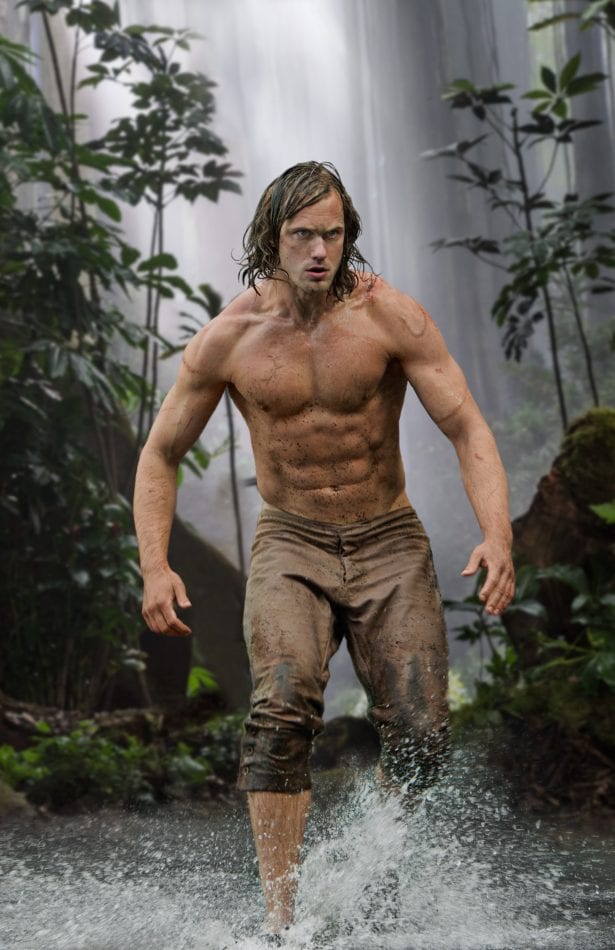 What kind of shape was Alex in when you started and how did you have to get him to where you wanted him to be?

We started four months out, which is not much time. But we did work out really hard while we were filming, so a lot of the scenes you see in the movie when he’s looking super freaky that’s half way into filming and towards the end.

Four months is really pushing it. But we had a bulk up phase which lasted for three months and then we had a four to five week cutting cycle with a diet.

So that’s how we got rid of all the body fat.

He can’t have been far away to do a four week cut then? Did you do a clean bulk?

I don’t like to put on a lot of fat when I build up people. It’s a little too obvious. I’m a nutritionist, so if I do my work, my client will not gain a lot of body fat. I want them to maybe gain a per cent or two. But it’s not about gaining body fat when you’re bulking up.

The only problem is that when you have a lean guy like Alex, you don’t want him to lose body fat while bulking up, because then you know he’s not eating enough.

So long as you monitor it from week to week, you don’t need to carry that much body fat. It’s the same thing when you do a diet. If you plan it right, you will lose that body fat.

Not even slowly. Within three weeks we were at 7,000 calories. At the beginning I was monitoring him every second day, I was measuring his fat and all the measurements. So I would say within weeks we were up at 7,000.

Looking at the diet plan, it was very high fats. Is that a conscious thing? Did he work better off a high fat diet?

The body works well on fats. I think you should add healthy fats to a healthy nutrition plan. The ideal is to eat just as much fat as carbs.

This was his bulking diet… 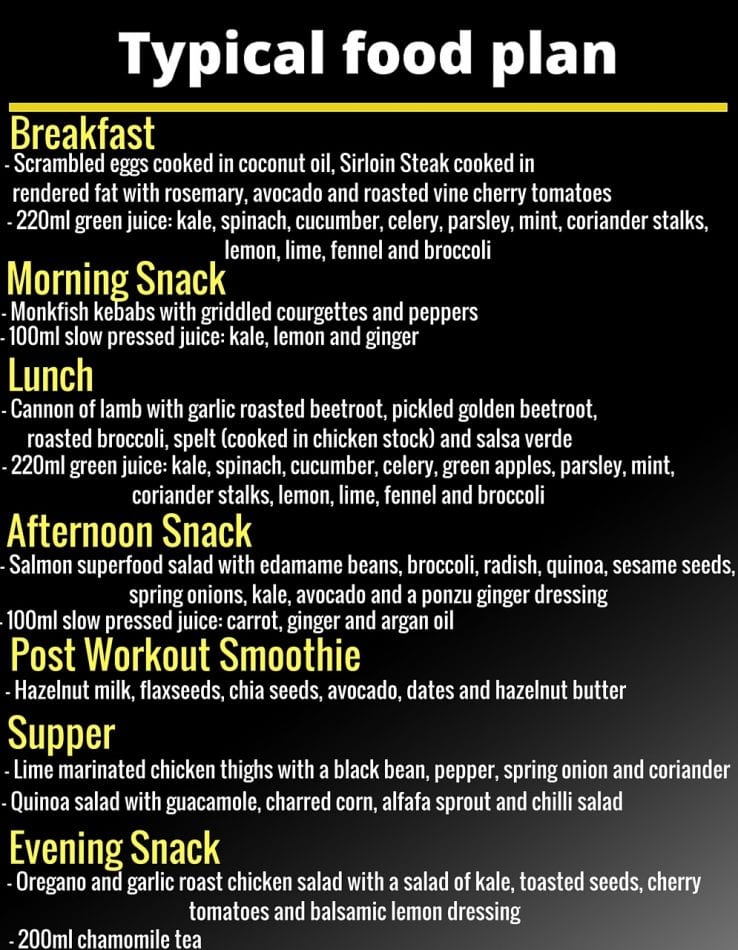 Looking at the types of foods he was eating, there were some serious superfoods in there. Does it really make a difference?

It’s an interesting subject. We know they’re good for you. Do we know how good they are for you? It’s really hard to compare and say if they work well or not because we have nothing to compare to.

What I would say is we leave no stone un-turned. Everything that we can do, we know superfoods are good for you – so we’re going to eat them.

When you’re doing something like this, you have to be really, really extreme and you have to do everything you can. We were planning when to work out, when to eat, when to sleep. You have to be very meticulous and very specific.

What were some of the key foods you were giving him?

Fish protein is really easy to digest and you have all these fatty acids. Not only the Omega 3s,  but you have a couple more unique fatty acids that help you to burn fat. So when you want to cut, fish is brilliant. It’s my favourite thing to use.

In my diet plan, what I do that’s a bit controversial – well, uncommon – is I always give my clients carbs at night. Every single plan is ‘no carbs after 5pm’. But the brain can only function on carbs and the brain recovers at night, so if you don’t eat carbs at night it means your brain is not going to be able to recover while you’re sleeping. Your sleep will be worse and you won’t recover.

Eat carbs at night. Hell yes. Slow releasing carbs that are high in fibre. Sweet potato is one of the best carbs.

This was his cutting diet… 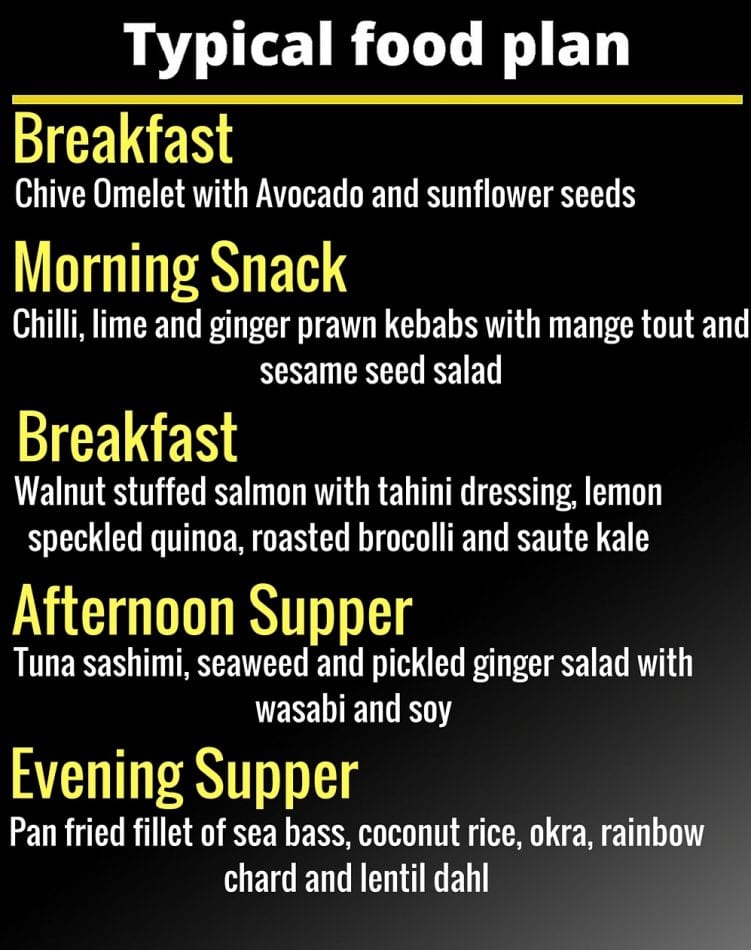