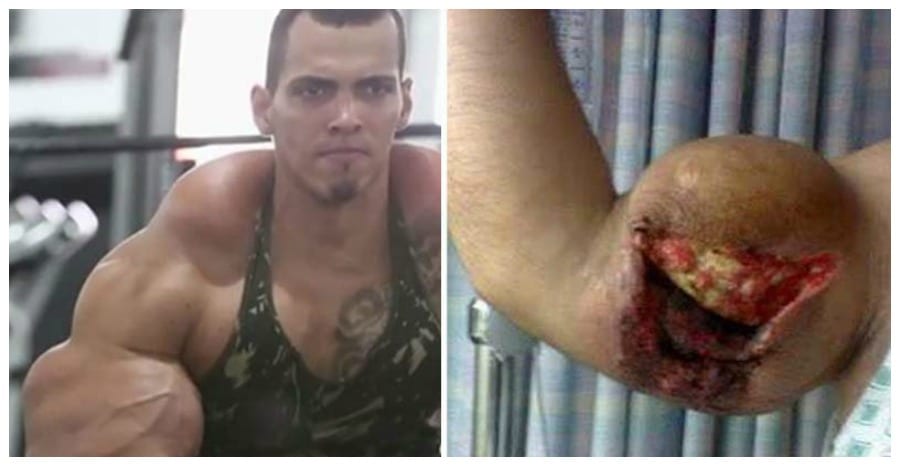 Okay, the title of this article pretty much tells you everything that you need to know… We don’t know what drives them to inject synthol to such an extreme extent. We’re guessing it’s because of social pressures by the media and magazines, promoting extreme, top level physiques as the general expectation for the average man… but who know?

In case you aren’t aware, synthol is essential a primarily oil based mixture (85% oil, 7.5% lidocaine and 7.5% alcohol), that is injected directly into the muscle in order to increase the muscles perceived size… It doesn’t actually increase the amount of muscle, but the oil is actually held within the muscle tissue, just making it appear bigger.

It was originally used by top level pros to “touch up” their physiques, just slightly altering some of their weak points in order to complete their physique, however it’s suddenly became common practice in South America to abuse the substance, using way more than it was ever intended for, in search of extra INSTANT gains.

But anyway, brace yourself! Here’s the video!