My condo has a solid gym with everything I need. I usually choose to train there over commercial gyms for two reasons. One, it’s ridiculously convenient; and two, It’s almost always empty. I guess you could say my building doesn’t produce many athletes. But on the bright side I don’t ever have to listen to “that guy” grunt and groan between every rep while tossing weights around like he’s competing in Olympic shot put.

For the past 6 months I haven’t been able to train at my gym because it’s undergoing repairs. During this time I’ve been hitting up a commercial gym close to work in one of the busiest parts of the city. That means people. Lots, and lots of people.

In this time I’ve done a lot of people watching and learned quite a few things about modern day training routines. People are creatures of habit and this goes double for us gym rats. But that’s not necessarily a good thing if your habits are bad ones that are holding you back from the gains you want.

If you’re someone who trains hard but has made little progress, there’s a good chance you’re making one or more of the mistakes featured in this article. Ignore this advice at your own peril.

We know, we know, everyone loves the mirror muscles. That’s why you always see guys hammering out reps on the bench press. And the truth is that most triceps exercises also look pretty awkward. The average triceps day consists of cable triceps extensions, light weight skullcrushers, and seated overhead two arm dumbbell extensions.

That being said, it’s important not to let this important muscle group go to waste. After all, your triceps make up 2/3rd of your arm. Trust me, no matter how rock hard your biceps are the only thing people will notice is how flabby the rest of your arm is in comparison. What a waste. It’s like dry mashed potatoes without gravy. 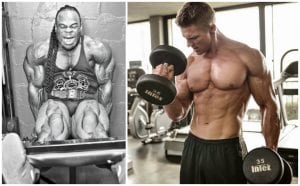 As you train your body begins to adjust to your workout and your progress will eventually come to a standstill. In order to compensate for this you need to keep upping the weight you’re lifting gradually in order to keep meeting your goals. In weight lifting this concept is known as progressive overload.

Well you wouldn’t believe how many guys I see come into the gym 5 times a week and do the exact same workout with the exact same weight. Then they wonder why they’ve been stuck with the same looking body for who knows how long.

Don’t be that guy.

This is especially true for calf muscles. It’s a common complaint in lifting circles that no matter what some guys do they can’t seem to make their calf grow. That shouldn’t be surprising if you consider where they are on your body, those suckers are built to take a repetitive beating as you walk/run day after day. Do you really expect those bad boys to grow if you’re not pushing them hard?

You can even go the extra mile and maximize your gains from each workout with a testosterone booster. High testosterone levels will result in converting more of those calories to muscle (not fat) and will give you the energy you need to lift at a high level and recover quickly. Click here to learn more about testosterone boosters as well as our top product picks.

This one is a personal pet peeve of mine.

Why in this day and age is anybody doing front lateral raises? I cringe whenever I see it because I know the guy is wreaking havoc on his shoulders which can cause issues down the road. The truth is your front deltoids get worked out sufficiently during bench press alone.

Another problem are smith machine overhead presses. Smith machines can be great if used correctly, but you have to remember that when using them that you’re working with weight that is locked into a completely straight vertical plane. Nobody actually lifts this way in practice. We’re not robots. So by replacing the natural lifting motion with an unnatural movement you strain the shoulder muscles and joints. Play it safe and use a dumbbell or barbell overhead press instead.

So how many other redundant and potentially harmful exercises are you doing every week? It’s worth investigating. Your future self will thank you. 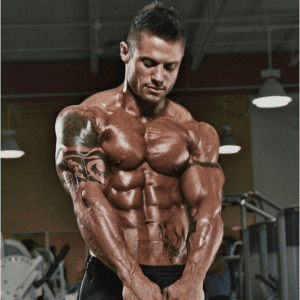 When it comes to squats I’m a big believer in the mantra that if you can’t do it right, don’t bother doing it at all.

Just like how I cringe at guys wrecking their shoulders with front lateral raises and smith machine overheads, I also can’t stand watching guys ruin their knees with quarter squats and half squats. Talk to any quadzilla and they’ll tell you the same thing: if you’re not going deep with your squat you’re barely even firing up your hamstrings. That means no results. So tell me, what’s the point?

Not only that, too many guys don’t even squat with sufficient weight. Remember progressive overload? Don’t be soft gentlemen.

There is probably more information out there on squat technique than nearly any other exercise. I’m talking YouTube, Instagram, and the rest of the internet. Watch some videos and get your form together. As with anything, practice makes perfect. So try perfecting your form using low weight at first and then push yourself to the next level once you’re confident you’ve got the mechanics down.

#5 – Not Putting Your Back Into It

When it comes to certain muscle groups, too many guys completely rely on one particular exercise and just end up holding themselves back.

A perfect example are lat pulldowns. This is the go to back building exercise for a lot of guys and it can work, but not if you don’t do them properly. Too often this becomes a workout for your arms than your back because of poor muscle control. A good way to fix this issue and maximize the value you get out of each movement is to focus on pulling your elbows back with each pulldown instead of trying to drive the bar down with your hands.