Despite very modest beginnings, Sergi Constance has become a megastar.

Allow me to take you through the inspirational Sergi Constance bio—and explain how this seemingly innocuous European became a star of the mighty DC Universe.

Before we get into his bio, here’s the Sergi Constance wiki: 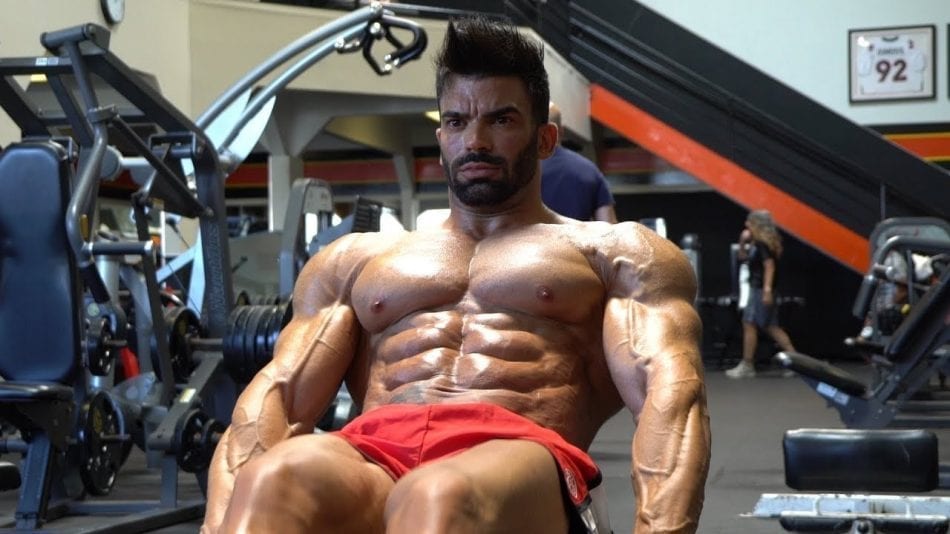 Sergi Constance was born in Valencia, Spain, in 1988. It wasn’t long before he dreamed of escaping this humble life and becoming a larger and better version of himself.

He recalls that in his early teens, he wanted to impress the local chicas. Hence, not being overly talkative or humorous—he decided to hit the gym and amaze them with a muscular physique.

Yet, it wasn’t long before he was addicted to the training. He forgot that girls were the final aim, and instead, it became all about him.

“After a few weeks of intense training, I fell in love with bodybuilding, and eventually, I decided to focus all my attention on building the best body possible.”

Throughout his high school years, Sergi stuck religiously to his training regime. In addition to lifting, he was a keen soccer player and followed the exploits of his beloved Valencia CF in the respected La Liga.

As his schooling was reaching an end, Sergi Constance decided fitness and sports training were to become his career. Hence, he attended the University of Valencia, attaining a Bachelor of Arts degree in Physical Education and Sports.1

Yet, he wanted more than just employment in the fitness sphere. Sergi Constance desired recognition. As such, he began to enter bodybuilding competitions—and was highly successful.

Numerous wins in the IFBB Men’s Physique category catapulted his fame. Soon, he was on the cover of the major training magazines, such as Muscle and Fitness and Iron Man. This, combined with some hefty self-promotion, allowed the Sergi Constance Instagram account to gain over four million followers.

His popularity and Greek-god like physique attracted Hollywood. The Sergi Constance Zeus portrayal in Zack Snyder’s Justice League (2017) was met with popular acclaim.2

Today, in addition to bodybuilding, personal training, modeling and acting, Sergi Constance has his own clothing and supplement brands.

He still has a home in Spain, although he spends the majority of his time in Miami, Florida. You can follow all his exploits on his YouTube channel, which currently has over 450k subscribers.

The Sergi Constance workout involves a full seven days of training, although the big guy says you can alter this if you wish.

The key is to fit in at least three sessions of 45 minutes low-intensity cardio during the week. Sergi prefers to complete one of these routines on a lifting day, and the other two on non-training days.

However, should you feel the need, you can change the Sergi Constance workout routine by including cardio on any of the resistance days—allowing you additional rest days.

Take a look at Sergi Constance taking things to the limit on leg day:

The impressive Sergi Constance working out his immense chest at Gold’s gym:

Here’s Sergi Constance pushing his arms to the max during off-season training:

Sergi Constance explains how to get awesome shredded shoulders:

Take a look at this rockin’ abs workout with Sergi Constance: 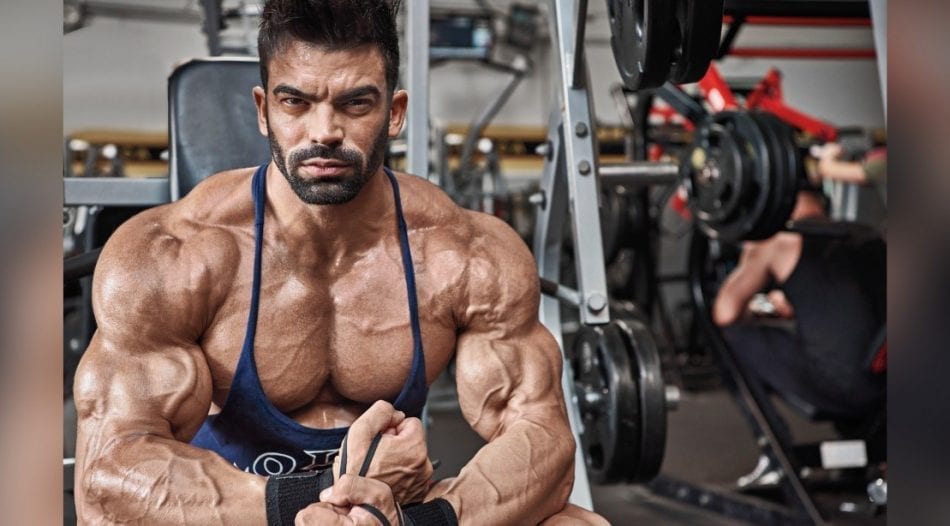 The Sergi Constance diet isn’t surprising—fitting the mold of many bodybuilders.

He concentrates on healthy fats, lean meats high in protein and carbs from vegetable sources.

Sergi Constance explains that he tries to stick religiously to set meals throughout the day, and aims to avoid snacking wherever possible.

“I have been able to achieve the body I have today thanks to years of consistent dieting and training. The fitness lifestyle has been very rewarding and I have loved every bit of the journey.”

Here’s a typical day in the kitchen for Sergi Constance:

Take a look at this selfie video by Sergi Constance, taking you through some elements of his diet. While he’s bilingual in English and Spanish, he decided to do this one in the latter—although, for the food section, you can select English subtitles. 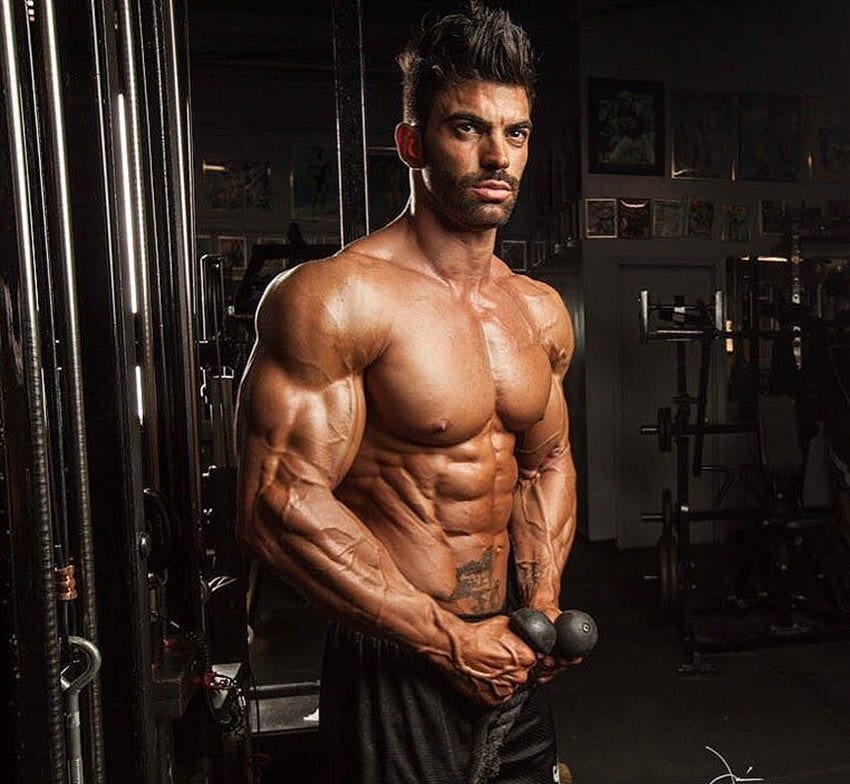 He might, but there’s little evidence to indicate that he’s juicing.

Sergio Constance says his physique is through pure training, legal supplementation and diet. Nothing more.

Furthermore, his body size seems to have remained around the same size over the past ten years. Perhaps a little more vascular, yet nothing more.

His shoulders are defined, but not the enormous cannonballs you see in someone like Phil Heath. Ridiculously large shoulders often indicate Trenbolone use, but in Sergi, they appear consistent with the rest of his body.

Finally, there seems to be no weight gain, flushed skin or gyno—typical indicators of synthetics.

Hence, I would conclude that Sergi Constance appears to be natural.

Sergi Constance Before and After

Choosing to keep his private and personal life out of the public eye, Sergi Constance has released few images of himself before he started training.

However, we can compare his early physique as a fitness model, through to the larger physique as a competition-ready bodybuilder.

As you can see in the below images, taken eight years apart, the muscle growth isn’t crazy. Although, he is more defined and vascular. He’s also probably made gains of around 25 pounds. 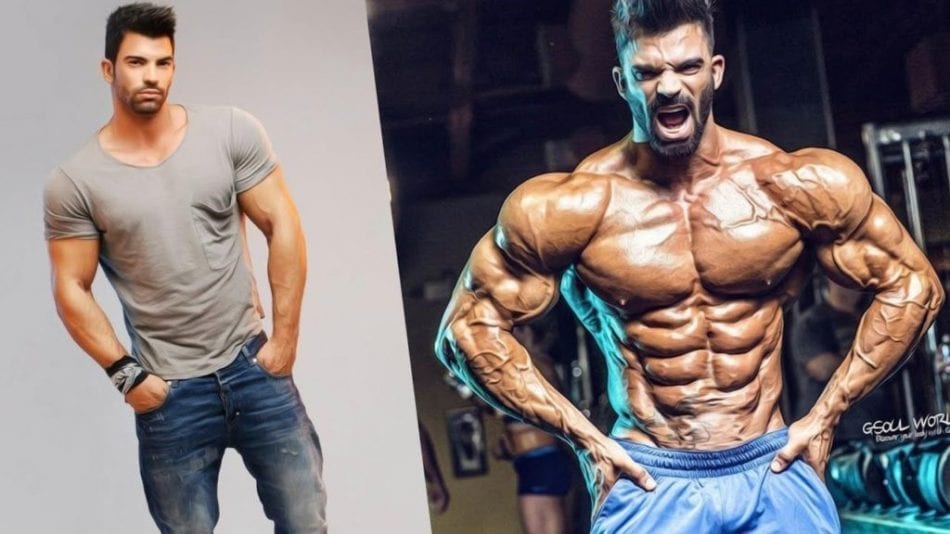 Sergi Constance is the Spanish brand ambassador for, and also says he uses, MyProtein.

This supplement, available in both isolate and concentrate versions, comes in a variety of pack sizes from 2.2-11 pounds. Each product is available in seven flavors (and one unflavored), delivering between 18-22 grams of protein per serving.

Furthermore, Sergi Constance has his own brand of supplements known as NEED based in Valencia, Spain. The official website indicates that many of the products have been personally designed by Sergi Constance himself.

The product line includes supplements such as whey protein, BCAAs, pre-workouts and glutamine—together with additional merchandise such as training tops and shakers. 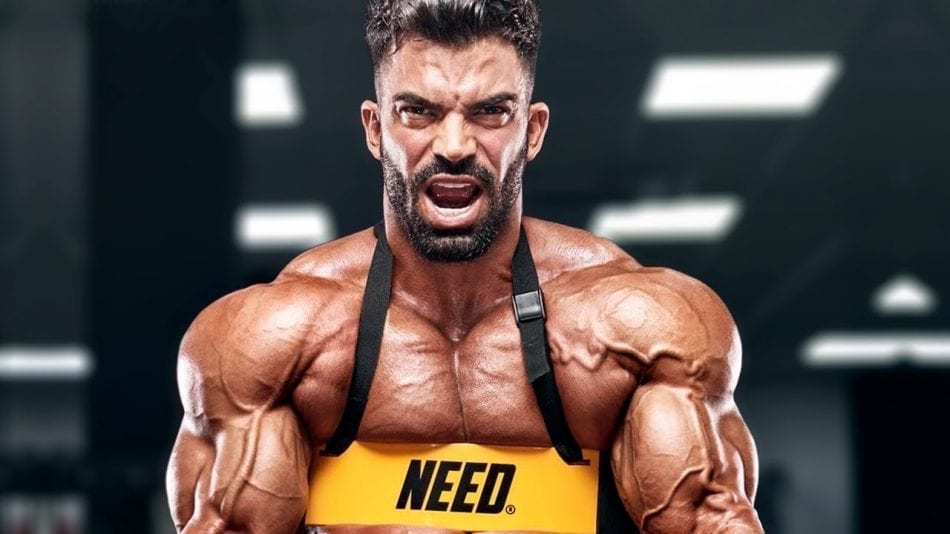 Sergi Constance is one of the more vocal bodybuilders. However, here are a few of his more inspirational musings:

“My motivation comes from fellow athletes that are better than me, I admire how far they have come to perfect their bodies. It gives me the motivation I need; to know that I can also get to this level.”

“The first mistakes I made were over-training and not eating enough, to help my body grow and stay lean. Don’t make my errors.”

“Stay motivated with short-term goals. When you have the motivation, it all becomes easier.”

“Respect. You give it and you earn it. Act like everyone has something to teach you. The old guy at the gym may seem past it, but he may have experience that you can only dream of.”

“What kind of competitor sees the line and slows down?? Always finish strong.”

“No one sees the work behind the scenes. The extra hours put in or the times you feel like giving up. But it’s all part of the process.”

“The harder the battle, the sweeter the victory. Pushing yourself to the limit on the weights isn’t meant to be easy. Push through. And taste success.”

“I have always been a very competitive person, and when I set a goal, I do whatever it takes to achieve it! My fans are also an inspiration for me to keep going and push myself harder each day.”

“How Much Does Sergi Constance Earn?”

The estimated Sergi Constance net worth is $500k to $1 million, with an annual income of $150k.

“How to Get a Ripped Body Like Sergi Constance?”

A muscular yet shredded body, as exemplified by Sergi Constance, means intense training and a strict diet.

In addition to resistance workouts, fat is kept low through three sessions of cardio per week. His meal plans concentrate on lean meats and healthy fats.

“How Much Does Sergi Constance Weigh?”

“How Tall Is Sergi Constance?”

The Sergi Constance height is six feet one inch.

“Has Sergi Constance Starred in Any Films?”

“How Old Is Sergi Constance?”

“What Is Sergi Constance Doing Now?”

While successful in the Men’s Physique division, Sergi explains that due to his large frame, he found it difficult to hit the correct weight.

Hence, he is now working towards bulking up and switching into the heavier Classic Physique category.

Sergi Constance knew from an early age that he would escape the Iberian Peninsula and make his mark on the international stage.

From the moment he lifted his first weight—he was addicted to self-improvement and the development of an incredible physique.

But he’s not all brawn. A University degree illustrates his dedication to fitness and health—he has both the knowledge and the experience.

With his classical statuesque chiseling—it’s unsurprising he was chosen to play Zeus in a $300 million movie.