After a new advertisement for a gym was released, the person-of-size community are in up in arms. If you use logic, all gym ads are going to be against people who are overweight, but this goes on a bit more than that. The basic premise of this ad is that overweight people will not be able to run away from aliens if they invade Earth and being to abduct people. They also say that the overweight people will be more desirable as they will be better to probe and study. This ad certainly hasn’t gone down well.

The name of the gym is Fit4Less. 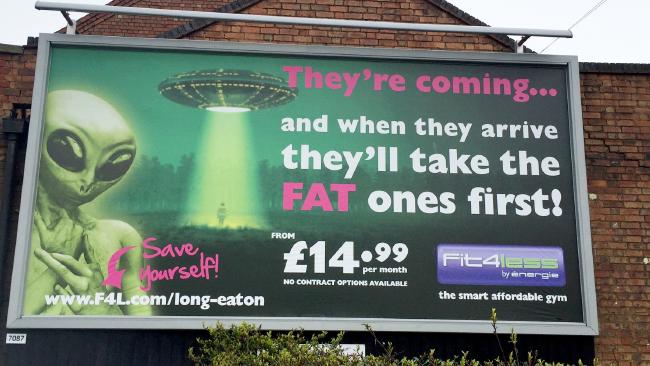 It is this billboard that went viral worldwide. While most people laughed, some people were very upset by it. The gym has gotten great publicity over this, and as those overweight people who want to remain that way are not the target market for the gym, it has caused them no negative consequences.  This is despite them needing the service the most.

This was a similar outraged reaction as when John Burk received a lot of backlash for giving out to parents who are aiding their children’s obesity. He has still stood by what he has said and has challenged parents all over the world to take reasonability for their children’s health.

The majority if the outrage was coming from a certain charity. The organisation is anti-bullying and they have claimed that this post aids in bullying. While we are all against bullying, this ad was simply an advertisement for a gym and doesn’t talk about anything particularly bad. Bullying is really when parents mistreat and misinform their kids and don’t take their feelings into account. Some people are just always on the lookout for something to give out about. 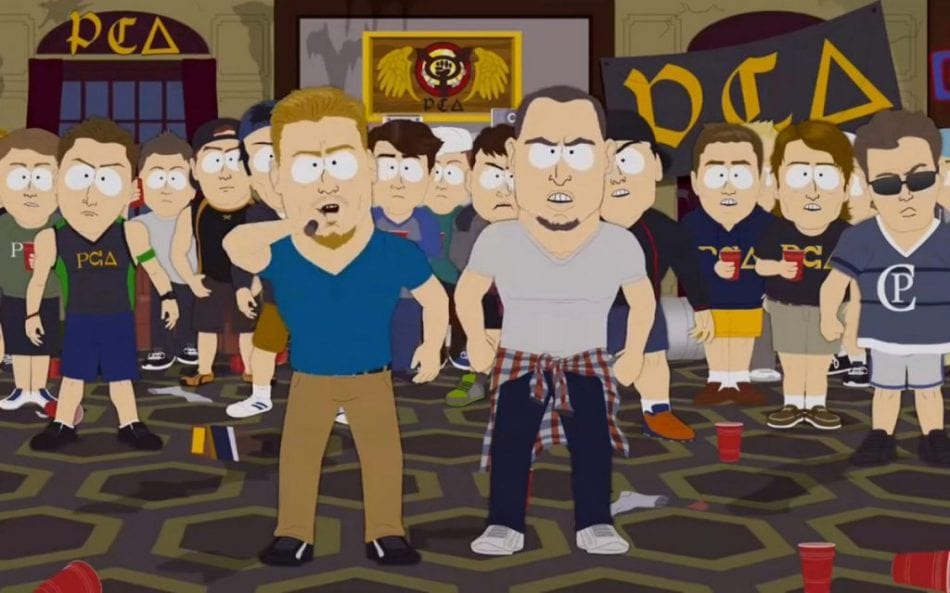 One of the representatives from the gym in question said that the goal of their ad was to get people talking about health and fitness, so it was a success.

“We really didn’t mean it offensively. It was supposed to be a bit cheeky, hence the alien image, and grab people’s attention in a couple of seconds. So many campaigns use ultra skinny people and that’s not the reality.” said the gym’s rep.