As anyone who has ever made an over-ambitious New Year’s resolution probably knows, pumping iron in the gym day in, day out while shoving buckets of rice and chicken into your gullet isn’t sustainable in the long term. But take heart, because even Goliaths like Vin Diesel need to take a break sometimes! 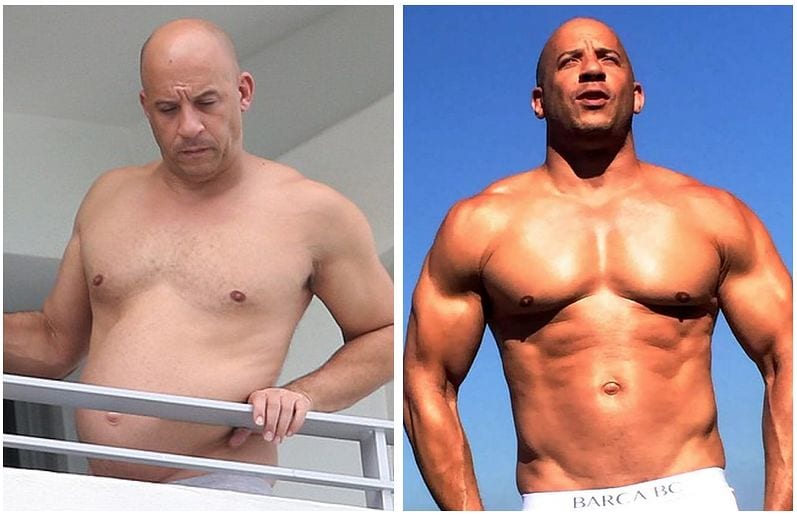 The Furious 7 star was recently snapped soaking up some rays on a balcony during his stay at Miami’s Shore Club hotel while rocking a much softer looking figure and, predictably, some news sources decided to run body shaming headlines such as ‘The Fat and the Furious’ alongside the images. 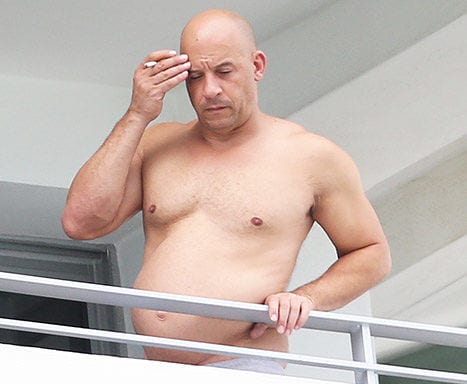 Maybe these guys are forgetting that Vin is 48 years old with three children, one of whom is just six months old, and that he might want to spend his well-earned break living it up with his family as opposed to maintaining an unholy dedication to the dumbbell? 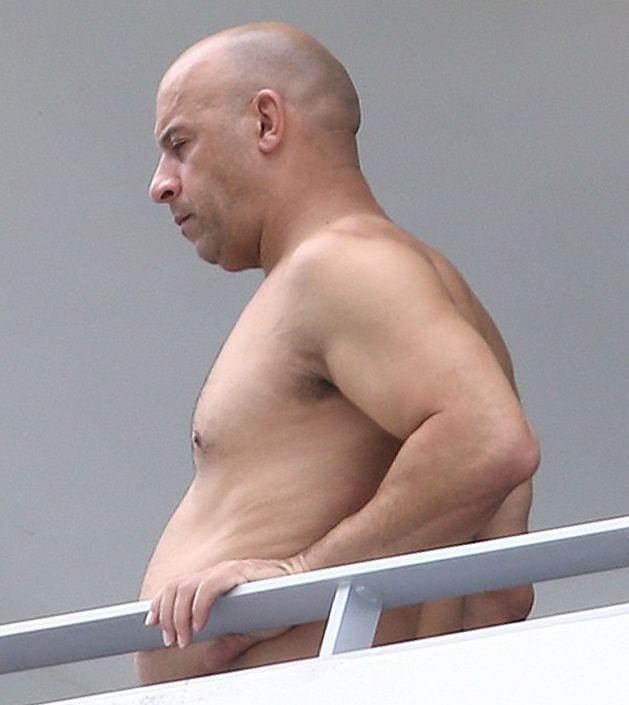 With the muscle memory and mass that this dude has accumulated over the years, it will only take him one hot minute to tone up for any future roles, so let’s let Vin’s dad bod run wild and free while it still has the chance!

2 thoughts on “See Vin Diesel’s Dad-bod That Went Viral Yesterday and Left Everyone In Shock!”