Tom Arnold has been dishing about the sex life of his True Lies co-star Arnold Schwarzenegger, who reportedly has sex five times a day. The 54-year-old comedian said Schwarzenegger , has a harem of women who visit him daily to fill his needs, according to an article in the UK’s Daily Star.

Schwarzenegger and his wife Maria Shriver separated in May 2011 after 25 years of marriage when it was revealed that he had fathered a teenage son with the family maid. The action star since the split has found a string of women to keep him fulfilled, according friend Tom.

‘Arnie has a tremendous sex drive. There are women who come over. He is not lonely. He has female companions,’ Tom told the Daily Star. He does have a lot of needs and he believes it is all part of the fitness. Five times a day, as he says. It is a good number,’ Tom said.

‘A lot of women won’t do that, but he is in great shape,’ he added. Tom also was quoted in the article claiming that Schwarzenegger surrounds himself with semi-naked muscle men who live at the actor’s Los Angeles home. The muscle men regularly work out on Schwarzenegger’s front lawn and show off their muscles to visitors,’ Tom said.

‘There are guys in their underwear. It’s a weird scene,’ he said.

‘When you pull up in your car they all scamper out. He is trying to live life like a king,’ Tom added. 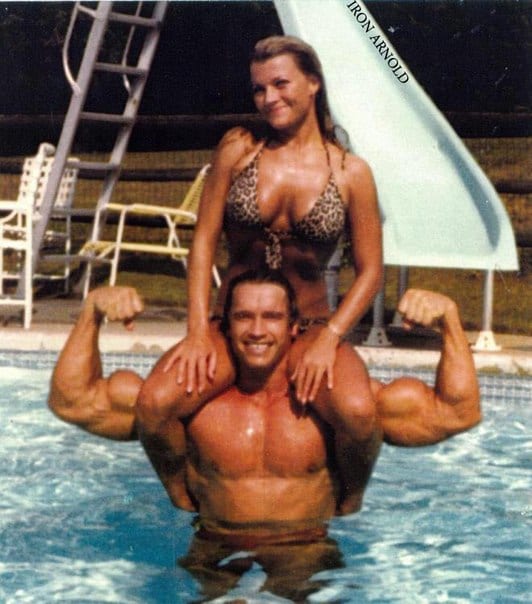 Schwarzenegger, an Austrian immigrant, moved from bodybuilding to acting and has enjoyed a successful Hollywood career with numerous blockbuster hits, including Conan the Barbarian, The Terminator and Predator.

Schwarzenegger later went into politics and became known as ‘The Governator’ after being elected governor of California.

The information provided on this website is for informational purposes only. It is not intended to be a substitute to the advice given by your physician or another healthcare professional. The statements on this site have not been evaluated by the FDA. These products are not intended to diagnose, treat, cure or prevent any disease.
Scroll to Top
4K Shares
Share4K
Tweet
Pin