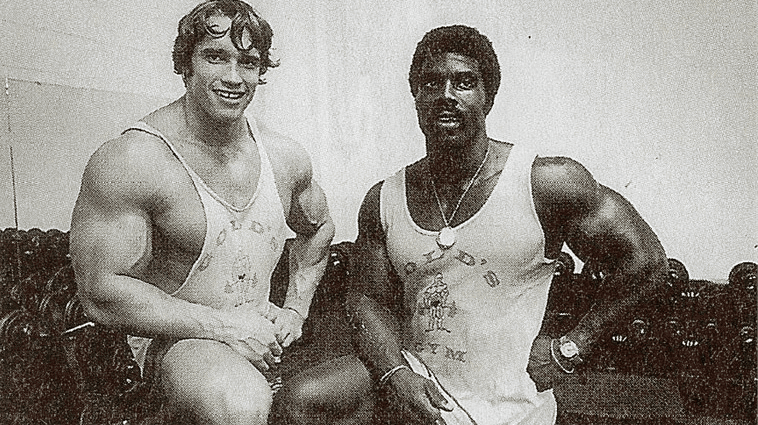 TestoFuel was recently voted the #1 Testosterone Booster in our complete guide to test boosters. – You can read that article here.

Robby, also known as The Black Prince and Mr. Lifestyle was a successful bodybuilder in the 70s and 80s where he won numerous competitions including Mr. Universe, Mr. World, Mr. America and was of course 6x Mr. Olympia category winner.

He is now 70 years old in an AWESOME shape. Shape that most people in their 20s can only dream of.

Robby Robinson says he’s able to maintain such an amazing physique at his age because he takes care of his testosterone levels by supplementing with TestoFuel daily. 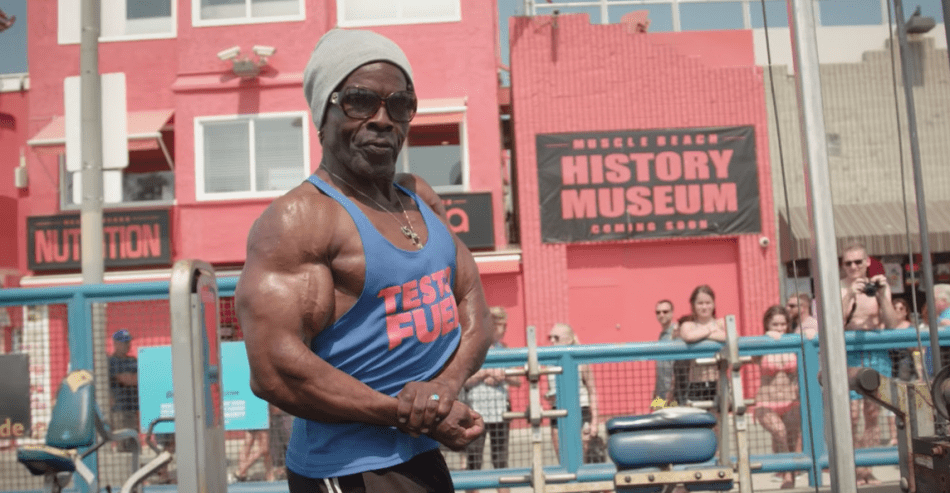 With over 45 years of bodybuilding experience and numerous titles under his belt The Black Prince certainly understands the importance of optimum testosterone levels.

Without testosterone it doesn’t matter how hard you train or how rock solid your diet is. T-levels are the building blocks of muscle and without it you won’t make any gains, it’s as simple as that.

Robby Robinson an Old-School legend from the Golden Age 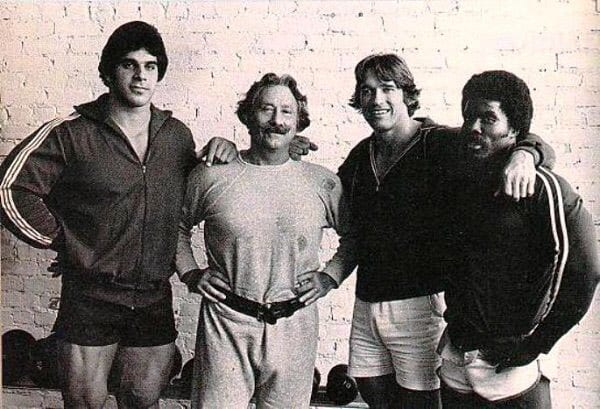 Robby Robinson an absolute legend in the industry was known as the only guy that could rival Arnold’s biceps. He had one of the best bicep peaks in the whole world.

Him, Arnold Schwarzenegger, Franco Columbo and Lou Ferrigno used to train together at the legendary Gold’s Gym Venice Beach. 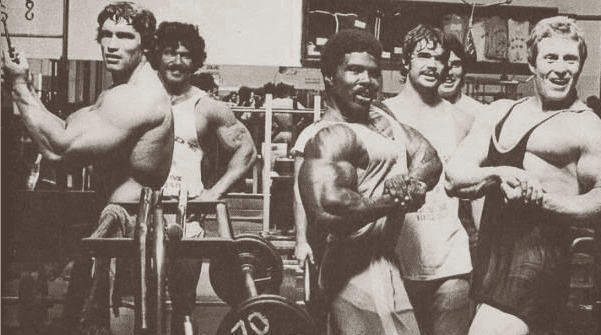 In the 70s and 80s most of the bodybuilders that were competing at the big competitions used to train together at Gold’s Gym.

There they could exchange tips and tricks with each other as well as have some fun while they were at it.

There’s a reason it was called the Golden Age. 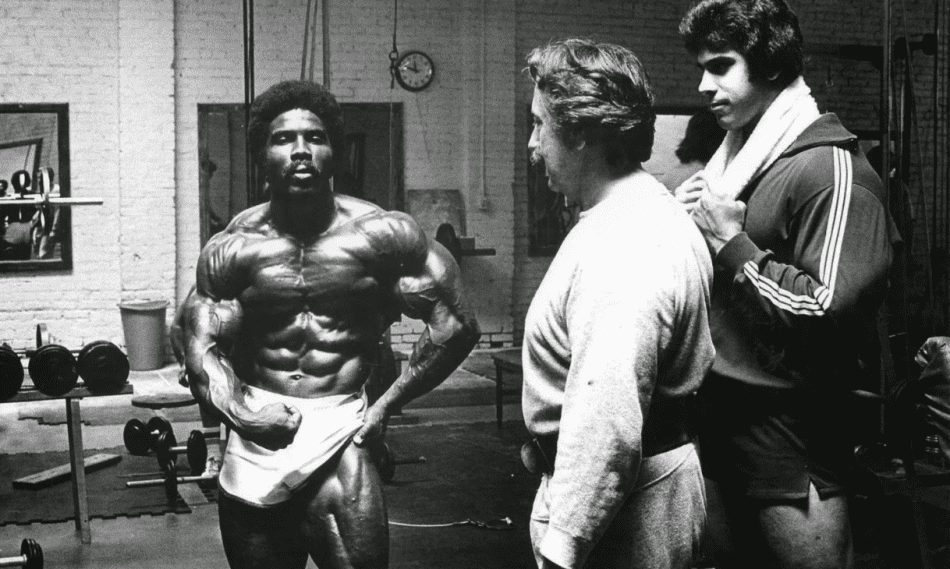 Even for today’s standard Robby Robinson was massive!

You can clearly see that Robby had an absolute breath taking physique. A physique that should be respected and most can only dream of. 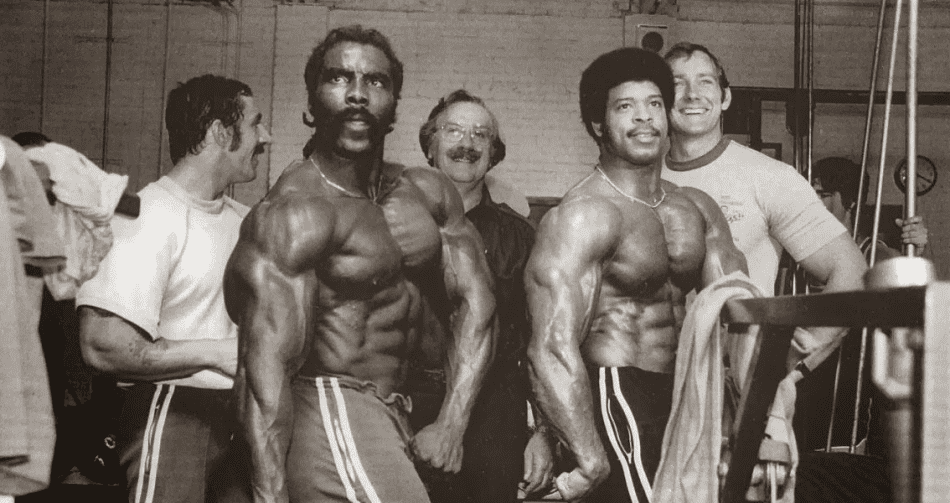 We pulled this information from his Wikipedia page.

This list is absolutely HUGE but it doesn’t even stop there….

Why Robby Robinson Recommends TestoFuel For You

It’s extremely important to make sure that you only put high quality nutrients in your body.

Which is exactly why TestoFuel is so great.

Unlike most of the brands out there that don’t update their formulas, TestoFuel frequently updates theirs so that it keeps being the absolute best product out there as new research comes in.

The ingredients found in TestoFuel are all 100% natural and safe. Which makes it perfect for all athletes and gym-goers that want that “extra edge” while keeping their body free of banned or synthetic substances.

Robby recommends it to anyone that’s looking to pack on muscle mass without using synthetic and dangerous steroids.

…If you go for their Ultimate Muscle Gainer’s Package (3 or more bottles of TestoFuel) you’re backed by their 90 Day Money Back Guarantee.

Learn more about TestoFuel at their official website here.

Why We Recommend TestoFuel 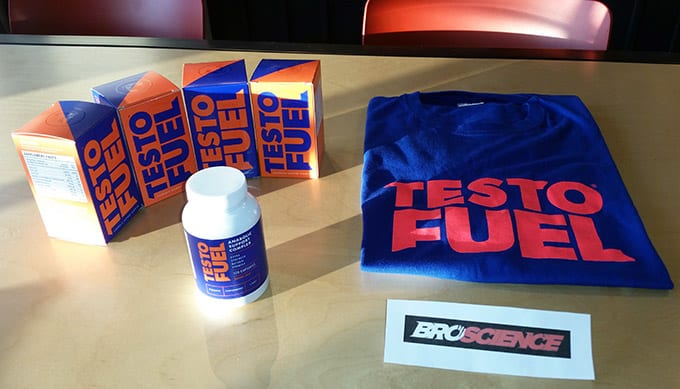 FACT: Testosterone is the most important hormone for building muscle and getting stronger.

If you want to make sure that your hard work in the gym and in the kitchen counts, you should be doing everything you can to support your testosterone levels.

We like to think of ourselves as supplement nerds. You name the brand and I guarantee we’ve either tried and tested it or exhaustively researched it and decided it was not worth the money.

TestoFuel has been our favorite testosterone booster for 2 years now. There have been a few new decent test boosters popping up in the meantime, but none have come even close to being as effective as TestoFuel.

TestoFuel was formulated to give you:

Building muscle and getting a jacked body is hard.

That’s a fact as well.

You have to train for 2 hours every single day, eat nothing but steak and potatoes for every meal and chug down countless of protein shakes.

And still get left with very slow and limited results.

Nobody has time for that, right?

That’s exactly where TestoFuel steps in. It was designed for guys like this, the hard gainers. It can be the secret to pushing past the barrier and releasing new muscle growth.

Rating: 4.8 out of 5. The current #1 testosterone booster on the market.

Pros: Helps boost testosterone so that you build muscle and gain strength faster.

Where to buy: Only available at TestoFuel’s official website.