Rich has always been straight up about the fact that he is not natural and takes steroids. It’s not only his muscles that are constantly getting bigger, it is also his head – and we don’t mean his ego. It seems like the growth hormones have been doing a job on the size of his head, causing both his face and skull to expand.

He even said in one of his videos that he had to increase his hat size after he started taking growth hormone.

This is a common side effect of taking it as the pituitary gland is producing too much HGH. Piana has always warned against the side effects that are associated with steroid use and knows that he is paying a price for being that big. 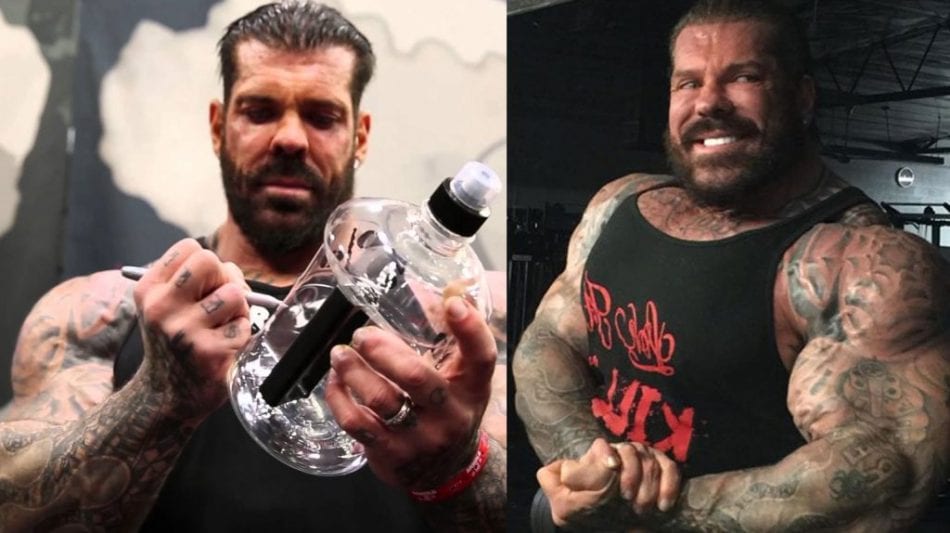 You can see from the comparison above how in the before picture his skull move outwards towards the top. In the after photo it is all filled out and more rounded.

Some people have even questioned that it could be plastic surgery that he has gotten that has caused the enlarged head.