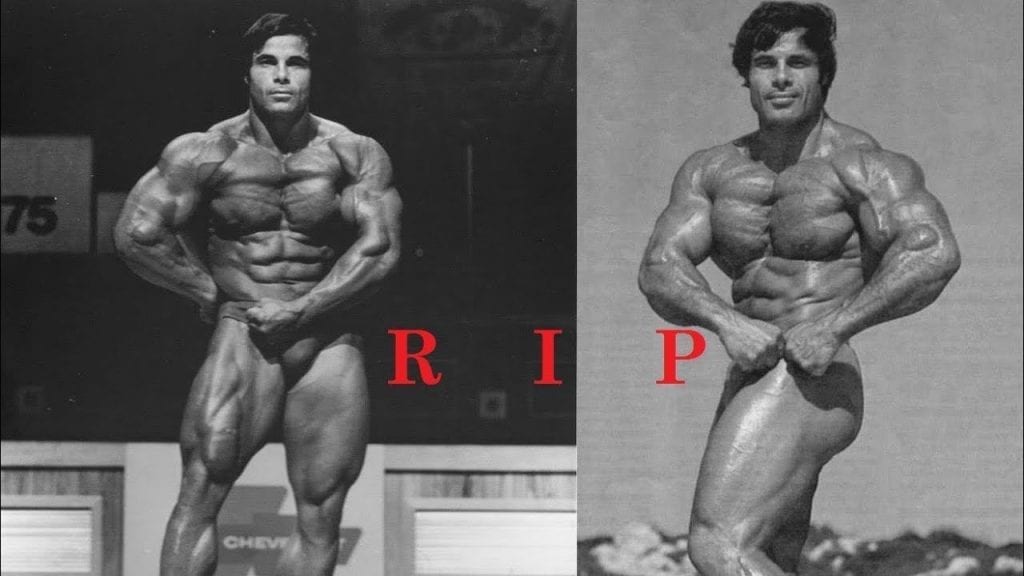 Franco Columbu is one of the 13 Mr. Olympia winners, leaving his print on the history of bodybuilding.

Being around with the likes of Arnold Schwarzenegger, he has become an icon.

The Sardinian strongman was born on the 7th of august, 1941, in the small town of Ollalai, Sardinia.

In the earlier part of his life, Franco got hooked on boxing, which, as a matter of fact, paid off well for him.

Soon enough, his hard workouts gave him solid results and he became the champion of Italy.

As he advanced more and more in boxing, he looked for other means of challenging his body.

That is exactly when he started implementing more and more weighted workouts.

Due to the fact strength workouts were a part of his boxing regimen, he was already quite familiar with his new endeavor at the time.

Just a short amount of time into solid weight-oriented workouts, Franco revealed his marvelous genetic potential, which is why he decided to pursue a career in the sport.

To advance further, Franco moved to Munchen, which is a German town, famous for its sports culture.

This was a focal point in Franco’s career, as this is exactly where he met the young Arnold Schwarzenegger.

At the time, the barely 18 years old Arnold was preparing for the Mr. Europe competition.

Franco and Arnold liked eachother even though they had a difference of 6 years.

They became best friends and started training and helping eachother.

Another thing that makes it a pivoting point for Franco was the fact that he was not yet completely converted to bodybuilding.

Even in the documentary called “Pumping iron” you can see that Columbu still implemented boxing oriented training, such as rope jumping, shadow boxing and heavy bag drills.

After a year in the works with a specific bodybuilding program, Franco decided to go competitive.

In 1966, Columbu attended his first bodybuilding competition – The Mr. Europe.

He did well, placing 4th in his first ever competition, which boosted his confidence to further continue his bodybuilding career.

Within the next year, Franco’s best buddy Arnold, became a promising prospect for bodybuilding.

His massive, aesthetic frame was not left unnoticed, which is exactly why he got invited to the USA by the founder of the International Federation of BodyBuilding & Fitness (IFBB) – Joe Weider.

Grabbing the opportunity by the throat, Arnold moves to the states but soon enough, he also asked Joe Weider to get his best friend, Franco, to the states.

This was the pivoting point for both Franco and Arnold.

Once they got into the mecca, the American dream, they both started training harder and harder and also earned sponsorship from Weider himself.

The golden duo got the chance and time to focus on their training and nutrition and in the next years, they popped up on numerous fitness magazines.

Needless to say, both gentelemen had impressively developed physical properties, which is why they often showcased it to the public.

In 1969, Franco finally became the champion of Europe in his category.

A year later, he doubled that and shortly after, topped it off with a win on the Mr. World competition.

What was left for Franco at that point was an Olympia win.

However, the Olympia stage was exactly where Franco’s best friend was dominating.

Arnold has won the Olympia for 6 years in a row, winning the sixth one in the year 1975.

That is also the year when Arnold announced his retirement from competitive bodybuilding.

In the next year, Franco won the 1976 Mr. Olympia competition, after which he also announced his retirement.

Both Franco and Arnold stayed true to their healthily established habits and continue working out, but with a different focus.

The best friends moved on to acting, having taken roles in movies like “Conan the barbarian”, “Stay Hungry” and last but not least, the documentary I mentioned earlier – “Pumping iron”.

Franco’s competitive spirit was still on fire, which is why throughout the next couple of years he competed in strongman competitions, as well as the “World’s strongest man” competition.

In 1977, Franco finished his degree in Chiropractice and got his diploma.

3 years later, Arnold decided to come back to the olympia and won it for the 7th time.

His decision was mainly influenced by Franco, as he saw the result from Arnold’s workouts for “Conan the Barbarian” and made him come back.

Motivated by Arnold’s come back, Franco announced his return a year later and became Mr. Olympia for the second time.

He then decided to finally retire from the sport.

If you’ve watched Pumping Iron, you would know that Franco was literally able to lift cars and move them.

Here are his big 3 lifts:

Given Franco’s stats of

These feats of strength become even more impressive. Why? Because his deadlift was 4 times his bodyweight!

The Sardinian strongman was a one of a kind, multi-sport champion, who has left a legacy, which will be remembered forever.

See what Franco’s best friend has to say for his passing:

Franco, You’ve heard me say that I don’t like when people call me a self-made man. You’ve even heard me say that you’re part of the reason I could never accept that label. But I wanted you to know why. From the minute we met in Munich, you were my partner in crime. We pushed each other, we competed with each other, and we laughed at every moment along the way. When I finally got to America, I was alone. I’d left my family, my country, my whole life behind. So when I asked Joe Weider to bring you to train with me, it was because I knew I wasn’t the same without my best friend. I could thrive without money, without my parents, but I couldn’t thrive without you. I am devastated today. But I am also so, so grateful for the 54 years of friendship and joy we shared. The pumps, the chess games, the construction work, the meals, the pranks, the life lessons – we did it all together. We grew and we learned and we loved. My life was more fun, more colorful, and more complete because of you. I will always miss you. But I’ll also know that a part of you lives on in me, in Debbie, in Maria, and in the millions of people you inspired every day you lived. And I will be there for Maria and Debbie, so you can rest now with no worries. I love you Franco. I will always remember the joy you brought to my life, the advices you gave me, and the twinkle in your eye that never disappeared. You were my best friend. Love always, Arnold