When it comes to resistance training, most people are unaware of the differences that go along with the variety of approaches we have to training.

For the past couple of weeks, we have been regularly trying to give our readers valuable information, that also follows a specific structure.

If you have managed to read through it, then you can answer this question yourself, but for everyone else, we will analyze two different approaches.

Those are namely the Powerlifting vs. the Bodybuilding approach.

It would be worth noting that you shouldn’t be biased by just one approach, but rather experiment with many of them.

In this article, I will discuss the DIFFERENCES between both, instead of answering “Which one is better?”.

That is simply because either can be better, depending on the context, individual preferences and goals.

What is difference between powerlifting and bodybuilding? 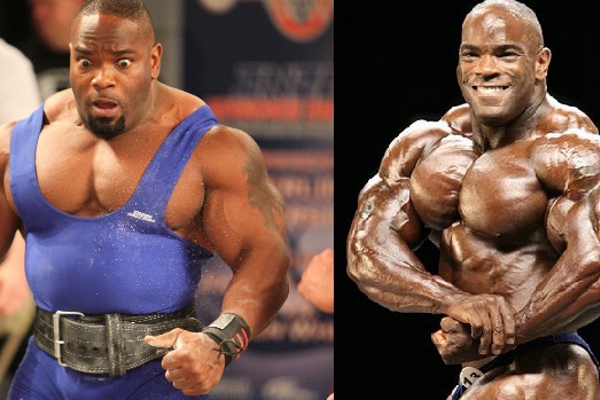 Well, right off the bat we can tell there is a huge difference between the two.

The sport of powerlifting is associated with developing maximum relative strength capabilities and applying them for the big 3 – Bench, squats and deadlifts.

The goal with powerlifting is lifting as much as possible for 1 single repetition on these 3 exercises, with of course, the best exercise execution possible.

On the other hand, we have bodybuilding, where the goal is totally different.

What bodybuilders need to do is nail optimal muscular development.

Alright, we now learned that the only thing that should concern you if you are more powerlifting oriented is developing maximum strength capabilities.

On the flipside, if you are more of an artistic person and consider the body to be a sculpture made of living flesh, then bodybuilding is for you.

Even though powerlifting and bodybuilding are totally different by nature, they share one thing in common – Both sports use weight lifting as the primary training type.

And even though many of the exercises are also the same, there is still an enormous difference between powerlifters and bodybuilders, when it comes to looks.

So, what is it that accounts to that difference?

Well, truth is, it is mainly the training parameters that trigger different systems and tissues in the body, which then adapt and result in different outcomes.

So, let’s take a deeper look into the physiology of both types of training.

In one of our first informational articles, we mentioned that depending on the intensity, volume and density of the workout, the body will use different pathways to grant energy for the activity.

If you haven’t yet done so, make sure to check out these two articles:

You can open those in a new tab to read later.

For now, let’s not deviate from the article at hand and briefly rehearse some of the things you are going to learn in the above-mentioned articles.

Each and every weight training workout can be measured on 3 main criteria, which we call “the training parameters”.

Those are – Intensity, volume and density.

Intensity measures how close we get to our maximum strength capabilities, meaning that it either increases or decreases, the closer or further we get to and from our one repetition maximum respectively.

Volume is a measure of the total amount of weight lifted in a given set, exercise or a workout. We measure the volume using this basic formula – Weight x Reps x Sets = Volume. For bodyweight exercises, the volume is measured in jumps, kicks, reps, etc.

Density the third and final variable of a workout is the density, which is a measure of the volume, referred to the total time needed for its completion.

A volume of 2100 kg, done in 3 minutes, including rest times, is a density of 700 kg per minute. Volume : Completion time in minutes = Density

Knowing this, we can start analyzing both powerlifting and bodybuilding from a fundamental perspective.

The powerlifting approach is based on training in the 85%+ intensity range, for sets done with no more than 5 repetitions.

As we already learned, the goal here is to increase maximum strength, relative to your own bodyweight.

This is exactly why the primary parameter powerlifters focus on is intensity – Getting closer to their maximum strength capabilities.

If we make sense of the information so far, we can conclude that as intensity goes up, the volume decreases, and vice versa.

On the opposite side, we have bodybuilding, where the goal is maximizing visual muscular development.

The training for this specific goal is still heavy and explosive, but maximum strength increases in the 1-5 rep range, are just a secondary focus.

Working in the ~85% intensity range is generally considered optimal for muscular development.

Sets that are at 6 reps and above, allow for more volume, which in turn triggers different pathways in the body, that allow it to adapt by increasing the volume of the musculature, in order to be able to store more energy.

What I mean by that is the following:

The body adapts to the bodybuilding approach by increasing the volume of the glucose storages, which is exactly why bodybuilders look rounder, more muscular and defined.

The powerlifting approach is optimal if your goal is increasing maximum strength, but again, if you are chasing looks – Focus primarily on the bodybuilding approach.

Musculatures of bodybuilders have been shown to have more glycogen content, as opposed to powerlifters.

Now, given the information above, we can ask one logical question – Is muscle growth always the same?

The answer is, not really – The musculature has many different contents, which adapt to the mechanical tension.

Let’s take an even closer look.

If you don’t yet know, ‘hypertrophy’ is just the scientific term for the growth of a tissue.

This type of muscle growth is also known as “functional muscle growth” as it simply expresses an increase in the size of the muscles’ contractile elements.

Those are called “myofibrils” or just “muscle fibers”. Logically, if the muscle fibers grow in size, they get stronger.

Myofibril hypertrophy is associated with increases in maximum strength, as the primary adaptation is of the actual element of the muscle, that is responsible for the contraction itself.

This is the primary adaptation that all strength athletes like powerlifters and strongmen are looking for.

The sarcoplasm is the jelly-like fluid that surrounds the myofibrils of a muscle. It contains non-contractile elements like water, minerals and proteins.

The increase in volume of the sarcoplasm, called sarcoplasm hypertrophy, is associated with bulk muscle growth.

That is mostly sought-after by physique athletes like bodybuilders, who have a main goal of showcasing the best muscular development possible.

In simple terms, muscle growth is a direct result of an adaptation, caused by external irritants.

In this case specifically, that is the mechanical tension our muscles are exposed to during the workout.

Basically, when you subject your musculature to new stress (overload), you cause contractions and disruptions in the muscle fibers.

These disruptions then, set off a chain of events that leads to an increase in the amount and size of both the contractile and non-contractile proteins in the muscle, leading to the so-desired muscle growth.

Then again, as we just learned, we have different types of growth, which solely depends on the type of training we’re doing.

Ever wondered why most marathon runners don’t have exceptionally detailed leg development, like bodybuilders?

Well, that is because they use primarily the slow-twitch muscle fibers, designed for endurance bouts of physical activities.

The type 1 muscle fibers are well supplied with blood, have a low contractile speed and use an aerobic metabolism, simply because they were made for extensive work.

These are the smaller, weaker muscle fibers that do not have as big of a potential for hypertrophy.

That is exactly why running marathons is not the best way to develop your legs in hardness and detail.

Compared to marathoners, sprinters use different fibers – The fast-twitch ones.

They have lower blood supply and a higher contractile speed.

Furthermore, the type-2 muscle fibers can work in both anaerobic and aerobic conditions, but are primarily designed for more powerful bouts of intense work.

They were designed to use both the aerobic and anaerobic energy systems to grant energy for the given activity.

On the flipside we have the Type-2 B muscle fibers, which are entirely anaerobic and are known as “immediate muscle fibers”.

Those are designed to produce quick, almost immediate bursts of power, which is exactly why they are the muscle fibers with the highest contractile speed.

Even though that is amazing, these muscle fibers cannot sustain prolonged intense activity and they reach fatigue much quicker, during intense bouts.

Here is a table for you to understand muscle growth better:

Another very important fact is the engagement of muscle fibers.

We need to note that at lower levels of intensity, such as below 50% of your maximum strength capabilities, there is only a partial recruition of muscle fibers.

We observe 100% activation of all muscle units at around 75% intensity.

This simply means that getting into the 85%+ powerlifting range is possible not due to a recruitment of more fibers, but a different factor.

That factor is – The frequency of the brain to muscle signals.

But what does this mean for you?

Well, it is good to know that the closer we get to our maximum strength capabilities, the more strain and demand there is on the central nervous system.

This simply means that a big part of the adaptations with the powerlifting approach would be for the benefit of the nerve path development and then, the muscle fibers themselves.

That is simply because, higher intensity is not sustainable.

You can only do a 1 or 5 rep max every couple of minutes.

That is because you need the central nervous system and the muscles completely recovered in-between sets, in order to perform optimally.

Generally, with powerlifting workouts, the rest time between the separate bouts is 3 to 5 minutes.

However, you can decrease that time, as a form of progressive overload – Making the body do more and heavier work for less time.

The answer is – Yes, absolutely! Maximum strength and muscle growth go with hands together.

However, the TYPE of growth is different.

If the question at hand is – Can powerlifters build aesthetic physiques like bodybuilders do, the answer is also yes.

The thing is, different training approaches need to be combined.

Rest assured that whatever type of training you PRIMARILY apply, you will get results accordingly.

And so, if you only train for maximum strength gains in the ~5 rep range and 85%+ intensity, you simply won’t allow for proper stimulus for sarcoplasmic hypertrophy and have that optimal visual muscular development.

Simple as that. Each result requires certain stimulation.

To wrap it up

Though both disciplines utilize weight lifting as the primary type of training, the approaches are different.

Powerlifters train higher on the intensity scale with less reps and more rest between sets, while bodybuilders train at moderate intensity with repetitions at 6 and above.

It is worth noting that the optimal choice is mixing both types of training, with an emphasis on whichever your bigger goal is.

If you are powerlifting oriented, it will be no harm to include high volume work every now and then, and vice versa- If you are bodybuilding oriented, including strength workouts is a good idea.

As a matter of fact, increasing the intensity is the best stimulus for muscle growth, as optimal hypertrophy requires a balanced ratio of effort and volume.

Finally, here’s a bullet-point list to sum everything up