If you haven’t heard the name Iskra Lawrence yet, you can thank us later. She’s the woman taking both the internet world and real world by storm. Now we all know how f*cked up the standards of this industry. So much so that Iskra is actually considered a ‘plus sized model’.

In all honesty, we reckon the world would be a better place if women like Iskra were considered normal sized models, and the Milan-type-cat-walk models be looked at as ‘undersized models’.

She’s on a mission to prove to every woman that no matter what body-type they have, they’re beautiful. And she isn’t holding back!

Amounting an impressive 380,000 followers on Instagram already, Iskra is showing no signs of slowing down, as she hopes to spread awareness on the issue of positive body image.

In a recent stint that set the internet world alight, Lawrence posted a picture of her booty, leaving nothing to the instagram filters, as she proudly displayed her cellulite marks and back fat. This being the latest addition to her on-going attempts to change the views of size in the fashion industry – and we couldn’t be more behind her! 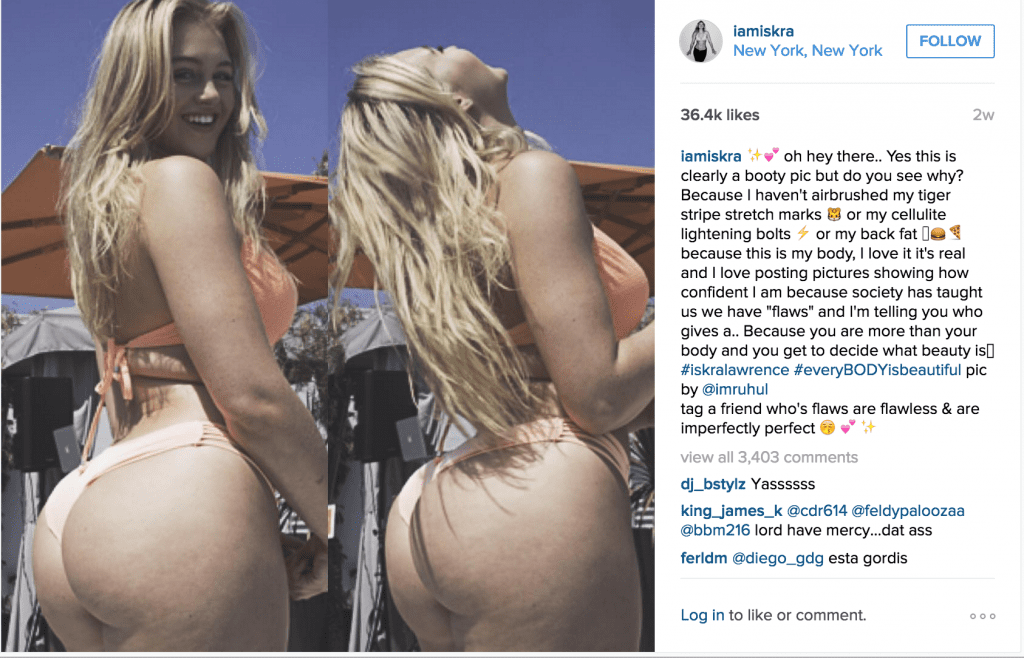 Her curve-a-licious upload has been liked over 32,000 times and commented on over 3000 times. It’s safe to say she’s creating ripples in the pond of social media!

One of Lawrence’s followers thanked her by commenting:

“Ive always been terrified of people seeing my stretch marks and cellulite….people like you give me more confidence thank you x.” Whilst another simply posted: “Go get em babygirl i salute u.”

The size 14 model has taken the fashion world by storm, and claimed that when she was 18, she ditched the strenuous diets for a more natural lifestyle and figure. 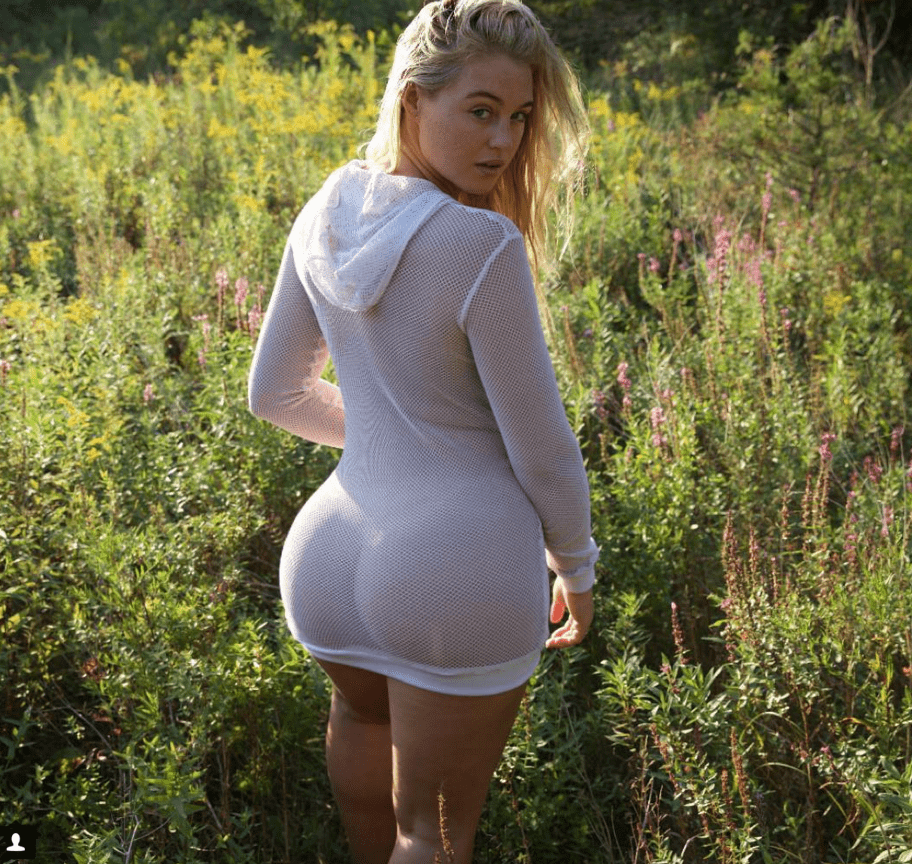 She went on to explain her decision for promoting larger bodies by saying:

“I realised at around 18 that instead of trying to change my body to fit into sample sizes I would try to change the industry.”

Iskra loves working out, making sure she puts in at least 3-4 days in the gym a week. She even has a website she runs called RunwayRiot, which publishes unretouhed photos of models and fellow women, so that viewers around the world can feel empowered by the images. 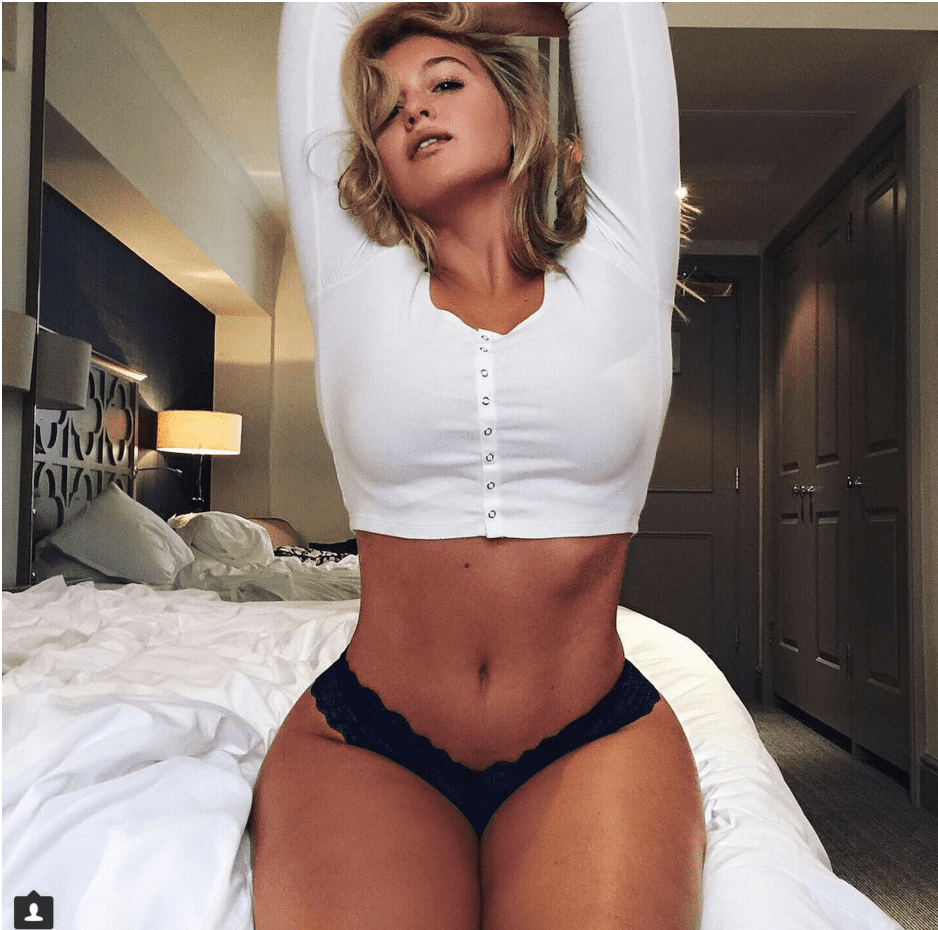 Her end goal is to change the way designers see ‘plus sized women’ and in turn change the industries current standards.