An English lad who once weighed 18 stone has lost over half his former body weight, and become a boxing champion.

Michael Jephcott has spoken out about the habits that saw his figure balloon, and left him requiring antidepressants due to a sense of shame.

At the peak of his overeating Michael claimed to put away 12 bags of crisps and five cans of pop on a daily basis. 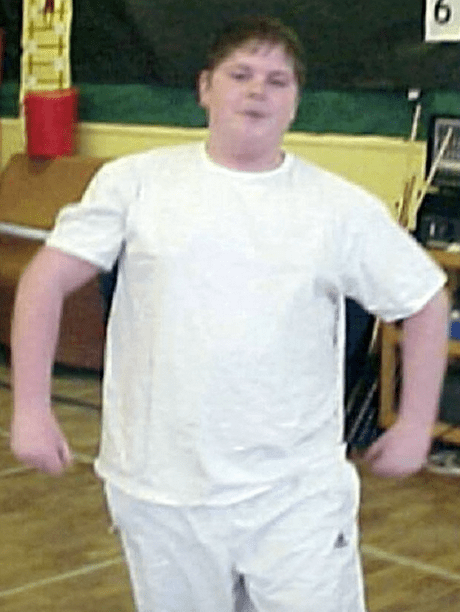 But after joining a gym in 2012 it took just a few months to shed four stone, and having also taken up boxing he is now down to a fighting weight of just nine stone.

The 25-year-old, who used to suffer from asthma and panic attacks alongside his depression, revealed that his size left him not wanting to leave the house.

I had no confidence in myself when I weighed over 18 stone.

I was taking antidepressants because of my weight. My friends would all go on nights out and I never wanted to go because I felt ashamed in my own body.

I would never eat vegetables and I used to drink four or five cans of pop a day as well.

One day, something just clicked and I knew I had to change my habits.”

The dramatic transformation has seen Michael fight his way to the Amateur Boxing Association (ABA) Novice
title, and he is running his own exercise classes to help inspire others. 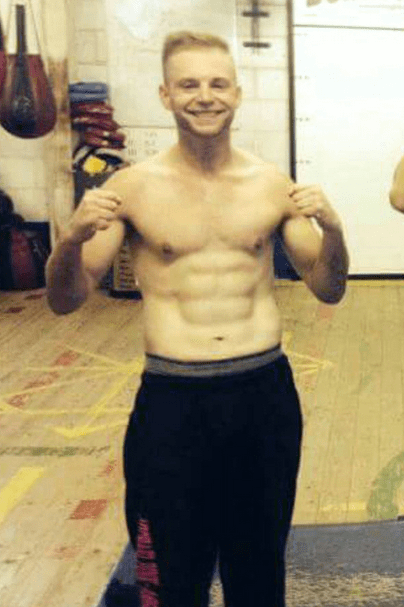 I am passionate about motivating others, as a lot of people think that if they are big, they will never be slim or in shape.

One woman who comes to my boxercise class has lost four stone. It’s so rewarding when you see their confidence building.

I would say about 80 per cent is down to what you eat. Don’t call it a ‘diet’ though because that’s off-putting. It’s a lifestyle change.”

Well it is nearly New Year’s resolution time, and this guy serves as the perfect example of how to make a positive change.