There has been an image circulating on social media lately showing a picture of Dana Linn Bailey next to a picture of an obese woman with the caption “Why is it ok to call DLB gross but the obese woman is a free choice and a crime and bullying to call gross?”

This got me thinking. Why is it ok to shame someone who has worked hard for his or her body, but shaming someone who is obese is considered heinous behaviour? 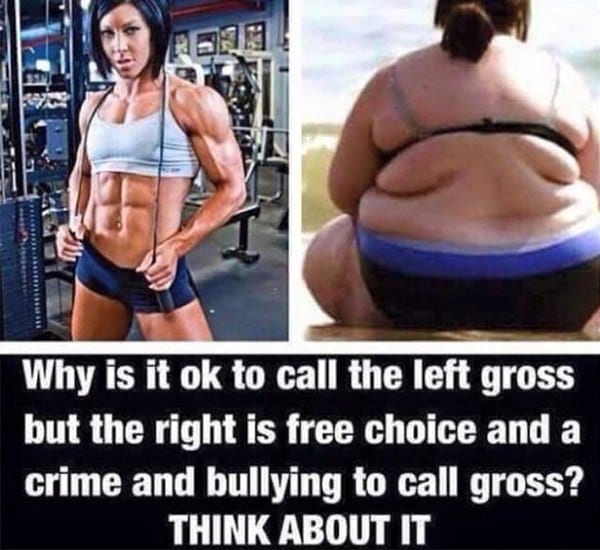 For me, walking down the street wearing a vest gets me numerous stares and many comments said with the intent of me hearing them. Now don’t get me wrong, I don’t mind the stares, I’m used to it. If I minded I would probably attempt to cover up. But I worked hard to get arms and shoulders like I have, so why wouldn’t I want to show them off?

I’m proud of my body. But does this make it ok for people to comment on the way I look so vocally in public? I don’t think so. Where are people’s social boundaries? Would those same people make a comment out loud towards an obese person? No, I’m guessing not.

Add to that the people who will stare and then giggle and whisper to their friend something about me. Do people really think that I won’t notice? I may have muscles but I’m not stupid. And I do have feelings.

The one that always gets me is when people will come up to me and without any warning will squeeze my bicep and shout “Wow, you must work out!”. Would they walk up to an obese person, squeeze their arm and state, “Wow, you must eat a lot!”? No. Pretty sure this would result in some kind of lawsuit. 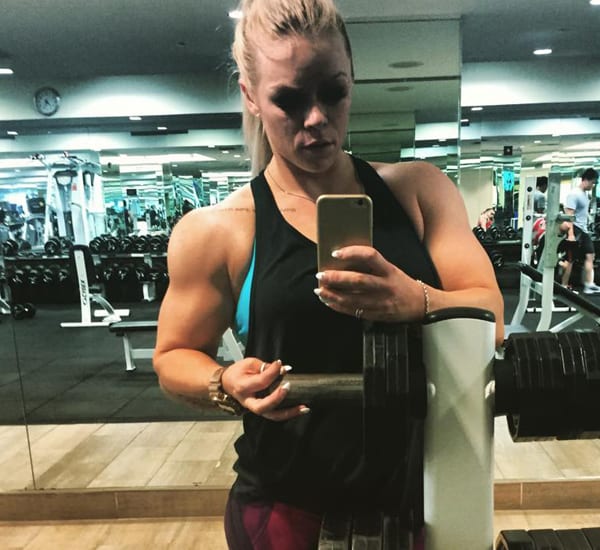 But for someone to do that to a highly muscled person, and I’m talking both male and female, is somehow ok. Go figure.

The amount of comments like “You’ve gone too far”, “That’s gross”, “You look like a man” etc that I’ve seen, not just on my pictures but on my fellow athletes pictures is insane.

What makes someone think it is ok to criticise another human being so openly? And I know there will be some people who will say that by posting a picture we are opening ourselves up for criticism, which may be true, but there really is no need to be hurtful and nasty.

I’m pretty sure that an obese person posting a selfie doesn’t get the same hate that a fit person does.

I’m pretty sure that an obese person posting a selfie doesn’t get the same hate that a fit person does. People don’t have the nerve to ridicule a fat person via the internet because it’s classed as “wrong” but it seems to be fine to ridicule someone with muscles.

This still baffles me. So whose fault is this? Is it a result of society saying being muscular is not ok, but being obese is? Or is it the individual who just has no idea of how to act in a social setting? Maybe it’s because these days sadly we see more obese people than we do fit people? 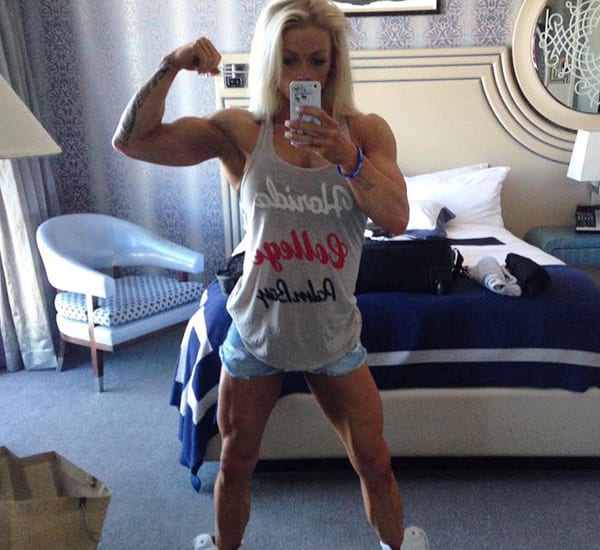 Maybe fit muscular people, especially women, make “normal” people feel uncomfortable. Maybe these people are intimidated by strong looking females and so, in an effort to make them feel better about themselves, they feel the need to put us down. Who knows?

In my opinion,  it comes down to the individual having a lack of respect or tact, or both. Either way, it’s not ok. The result of my hard work and sacrifices should not be subject to your ridicule or a source of entertainment for you and your friends. Have some respect, or if you can’t manage that, at least have some subtlety. SMH.