His spectacularly large—and I mean huge—physique has earned him the nickname “The Big Rock,” along with several bodybuilding and Strongman titles.

Let’s jump into the life of this six-foot-three giant and find out how he became one of the biggest bodybuilders in the industry.

Morgan Aste is a professional bodybuilder and Strongman born on the 26th of August 1983 in central France to his parents Roberto and Annie Aste. He spent his childhood living in Vic-Le-Comte and Lissac with his two brothers, Tony and Lucas.

He’s famous for having a majestic physique. Everywhere he goes, people can’t help but stare at this near-unreal giant. He has bulging muscles in places that you didn’t think it was possible, along with extremely swollen veins.

However frighteningly monstrous Morgan Aste appears, this man has a good heart and a soft demeanor—the reason why so many refer to him as a gentle giant.

Morgan Aste showed an interest in competitive sports early on and got involved in football, handball, judo, boxing and Muay Thai. It resulted in him having a muscular physique at a young age—people continually asked if he lifted weights.

At 16 years old, Morgan Aste took the next step with his already in-shape figure and began weightlifting. Four years later, he weighed an impressive 195 pounds and that’s nothing compared to Morgan Aste today!

If you admire massive bodybuilders, be sure to check out Morgan Aste vs. Martyn Ford. These two giants put next to each other is something to behold:

It’s unknown whether Morgan Aste is in a relationship since he prefers keeping his private life out of the public eye.

Morgan Aste 2019 is bigger and stronger than ever and you can find him on Morgan Aste Instagram. 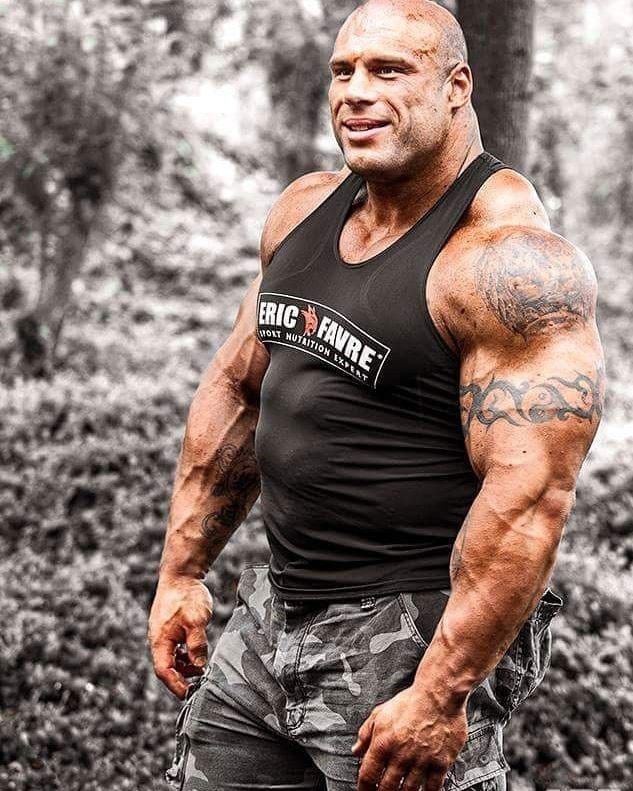 Morgan Aste’s net worth is still under review. Given the awards and titles he earned, we’re confident it’s not a small sum.

Morgan Aste began competing on an amateur level in his twenties. Having already made some serious gains at this time in his life, he wanted to take the next step. After entering numerous amateur level bodybuilding competitions, he took up the sport of Strongman.

He put himself on the map by entering a multitude of professional bodybuilding and Strongman competitions, spanning the course of at least 10 years. Then he claimed the title for several of them.

This includes the Strongest Man in France title in 2010 and again two years after that. 1

Other notable bodybuilding competitions include:

Morgan Aste MMA 2017 is another notable stepping stone in his career. He made an appearance in the ring and unsurprisingly beat his opponent with ease.

After all the success in his home country, as well as other European countries, he decided it was time to make a dent in the American bodybuilding scene.

Morgan Aste is currently focusing on reaping success in Mr. Olympia—it would be a significant milestone for him. 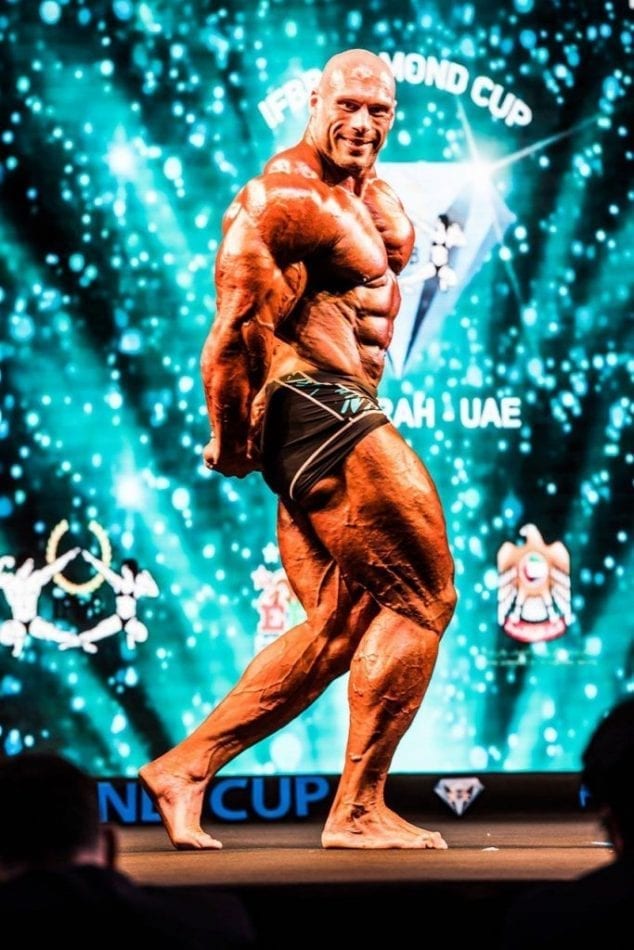 Morgan Aste has been working with his trainer, René Même, since he started his career.

His workouts vary, depending on whether he’s training for bodybuilding or Strongman. Either way, he follows a strict workout plan put together by Même.

Morgan usually trains for two days and then takes a rest day on the third before starting again. He switches between high-intensity workouts and heavy sets for every main muscle group—with his routine changing weekly.

A typical training day in preparation for Strongman looks like this:

This beast is known for his massive arms and based off his routine we can see why.

Here’s an example of a one-day bodybuilding workout for Aste to maintain his strength and size:

Here he lifts 360 pounds with ease: 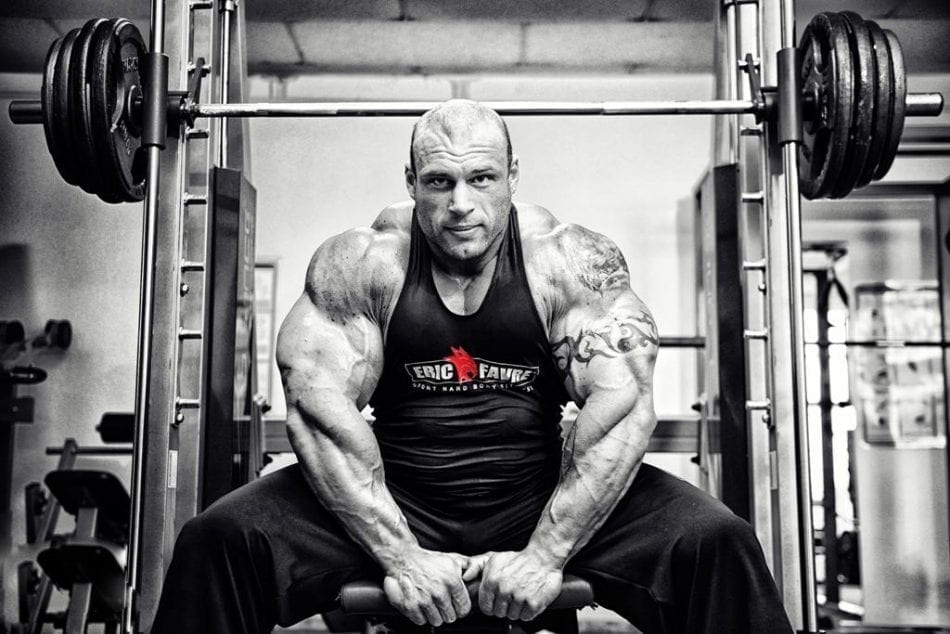 Every bodybuilder knows that nutrition is key to making gains. Morgan Aste doesn’t cut corners here and follows a seven-meal-per-day diet—this gives him plenty of opportunities for loading up. His meals are macronutrient-balanced and include a lot of protein with healthy carbs and fats.

One day of eating would look something like this:

Here are some of the biggest bodybuilders smashing up to 10,000 calories a day with ease: 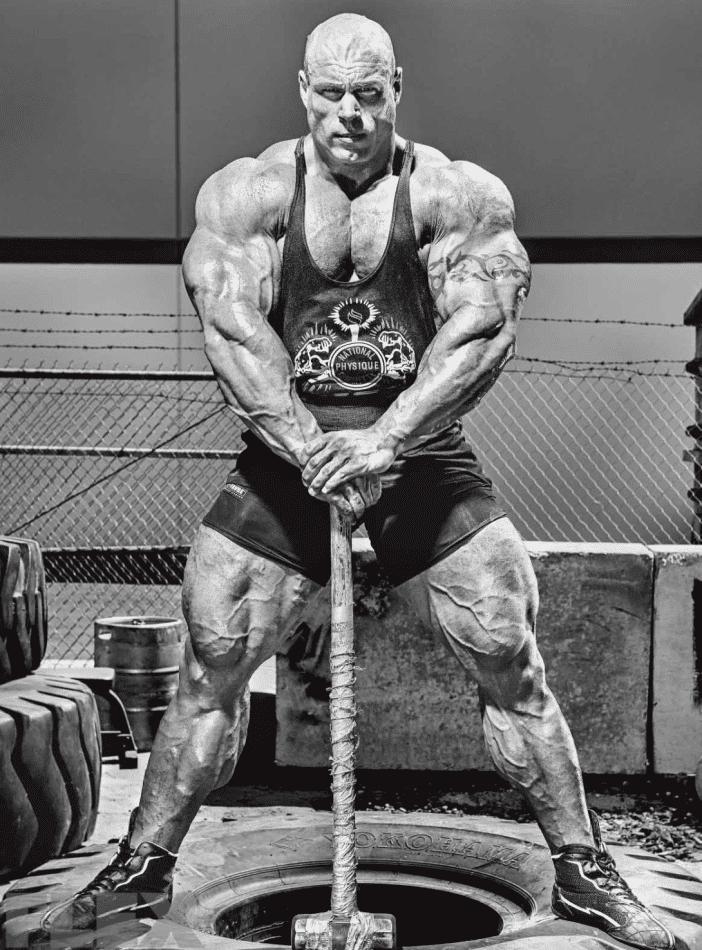 Is Morgan Aste on Steroids?

It’s unknown whether Morgan Aste has previously used or is currently using any steroids. We do know, however, that his phenomenal physique is partial to extreme dedication to fitness from a young age.

He has always been fit, yet at the same time, it’s rare that one would get so large without the help of juicing. Today, Morgan Aste has almost doubled his weight since he started participating in sports as an adolescent.

Morgan Aste Before and After

Genetics aside, it’s apparent that Morgan Aste has put a lot of time and effort into achieving the physique he boasts today. It took about 15 years for him to gain over 100 pounds since he began his bodybuilding career. He has obtained 24-inch arms over this period, the size of a petite person’s waist!

Here is a young Aste in his early years of competing: 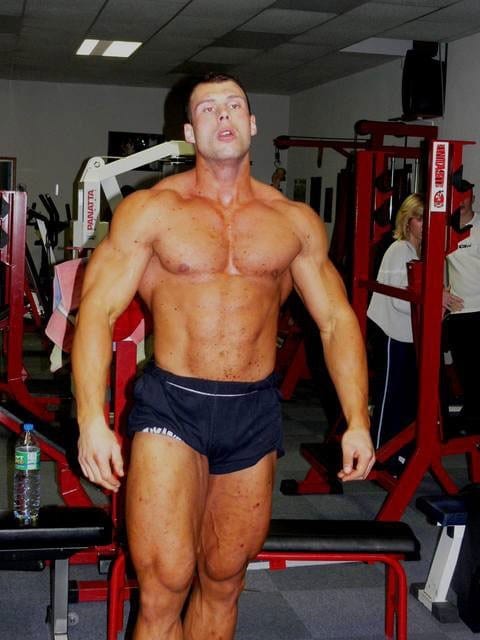 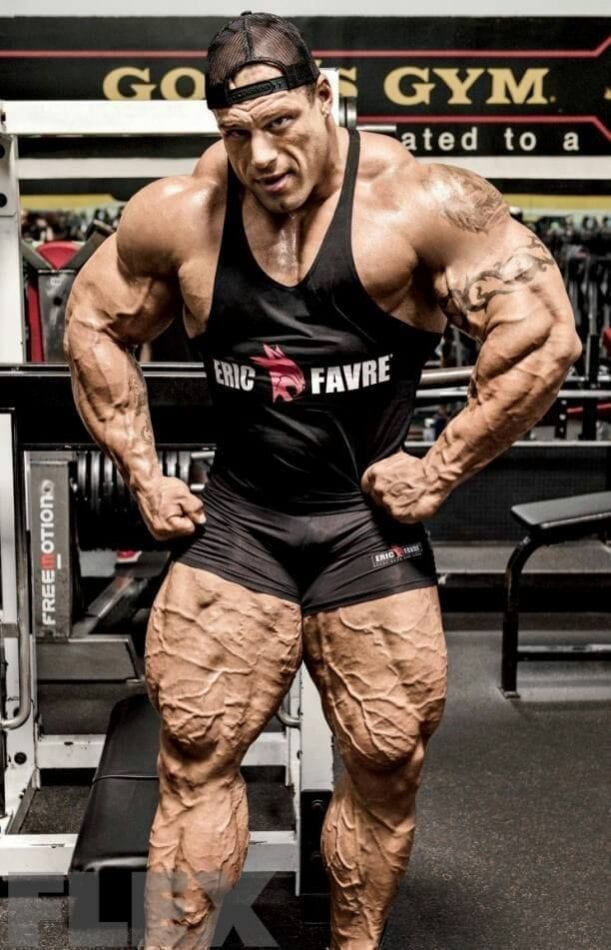 Morgan Aste believes that a healthy, balanced, high-calorie diet is the most important aspect of keeping up his gains and strength—but he does supplement to aid this process.

He’s a fan of whey protein and consumes it daily—generally as a snack or smaller meal. In addition, he takes BCAA and ZMA supplements to enhance his strength and boost his endurance.

On numerous occasions, Morgan Aste has listed Arnold Schwarzenegger and Ronnie Coleman as his main inspirations and influences. This comes as no surprise given his goal is to take over the American bodybuilding scene.

Here’s what he had to say when asked about his idols:

“Arnold Schwarzenegger, because he is a legend, and for me, Ronnie Coleman is one of the greatest bodybuilders of all time.”

Some of his wise words include:

“Your body is a piece of art but it’s always a work in progress. You are never done improving your symmetry and eliminating weak points.”

How Old Is Morgan Aste?

His relationship status is unknown, although some have speculated that he has a partner.

He began entering bodybuilding competitions on an amateur level in his twenties and entered his first professional competition in 2004, where he took first place. Not bad right off the bat!

How Tall Is Morgan Aste?

Is Morgan Aste the Biggest Bodybuilder of All Time?

Morgan Aste is one of the biggest bodybuilders of his generation. 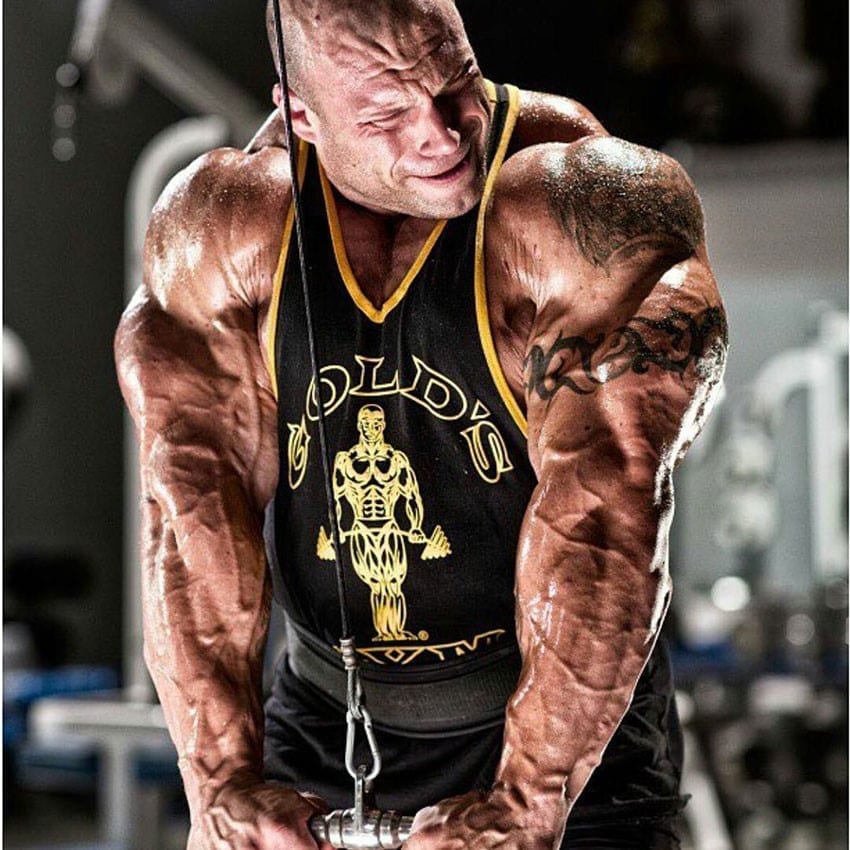 Morgan Aste has been making serious gains from a young age, thanks to his involvement in numerous sports.

Through hard work and patience, he’s come a long way in his bodybuilding and Strongman career. He continues to impress audiences with his ability to lift extremely heavy weights without fail.

With his out-of-this-world physique and humble personality, Morgan Aste will continue to impress us.