The only problem is that a good chunk of that weight is going to be muscle and not fat. Now, some people don’t really care about this. Women in particularly aren’t concerned about maintaining muscle mass.

They tend to think of female bodybuilders with broad shoulders when they think of muscle. Even a lot of guys don’t care much about muscle – they just want to get shredded.

So yes you can lose weight in a short time on low calorie diets – but you won’t necessarily look your best when all is said and done. Additionally your metabolism will adjust down to the lower calorie level – as a result you will gain a lot of weight back quickly when you switch back to your normal calorie intake.

A Calorie Isn’t Just a Calorie

There are numerous studies that indicate carbs are far more likely to be stored as bodyfat compared with other nutrients.

That means when you first wake up in the morning and eat oatmeal like all the “pros” tell you to do you are actually spiking your insulin levels. When these levels go up your body stops burning fat and instead relies on glycogen for energy.

That means your body is no longer burning fat as fuel. If you continue to eat carbs throughout the day you will just keep spiking your insulin levels and blood sugar levels – making things even worse.

As a result your body starts using muscle tissue for fuel when you start exercising – which is exactly what we are trying to avoid here.

Studies indicate that it is harder to store foods that are high in fat as body fat. If your meal is low in carbs you won’t spike your insulin levels which means your body can go ahead and use your body fat for energy rather than muscle mass.

Given that our main goals of dieting is to lose fat while maintaining muscle mass this is exactly what we want. That doesn’t mean you have to cut out carbs entirely.

In fact, if you implement the following program you will be able to maximize the benefits of low-carb dieting without starving yourself of all those carb-heavy foods you like.

You will start out the program by going 10 days straight without consuming many carbs – that means less than 30g per day. Instead you will be eating lots of fatty foods like red meat, beef and pork.

It might feel a bit strange at first but after awhile your body will get used to using body fat as fuel and you will see the fat melt off your body. On day 10 you can load up on all the carbs you want – pasta, rice, potatoes, etc.

At this point your glycogen levels will be so depleted that none of these carbs will be stored as fat – they will just be used to replenish those levels. After that you go back to low carb diet for 5-7 days and then have another carb-heavy night.

You will see a very quick change in the look of your body and the weight loss will follow shortly thereafter. If you can try and place your carb-heavy days on the same day you go to the gym for a workout so you can take advantage of all the surplus energy you will have.

It’s worth mentioning that no matter what program you go on you should always be performing some kind of resistance training. This will ensure you don’t lose any muscle mass and will actually speed up the fat-loss process!

You see, your body has to work hard to rebuild that muscle tissue you broke down during your workout – that hard work means more calories burned. Given that your body doesn’t have tons of carbs it can draw on for energy it will instead burn bodyfat in order to get enough energy to rebuild muscle tissue.

Also this process goes on for up to 48hrs after your workout so you get that fat-burning benefit for several days.

Use a Fat Burner That actually works 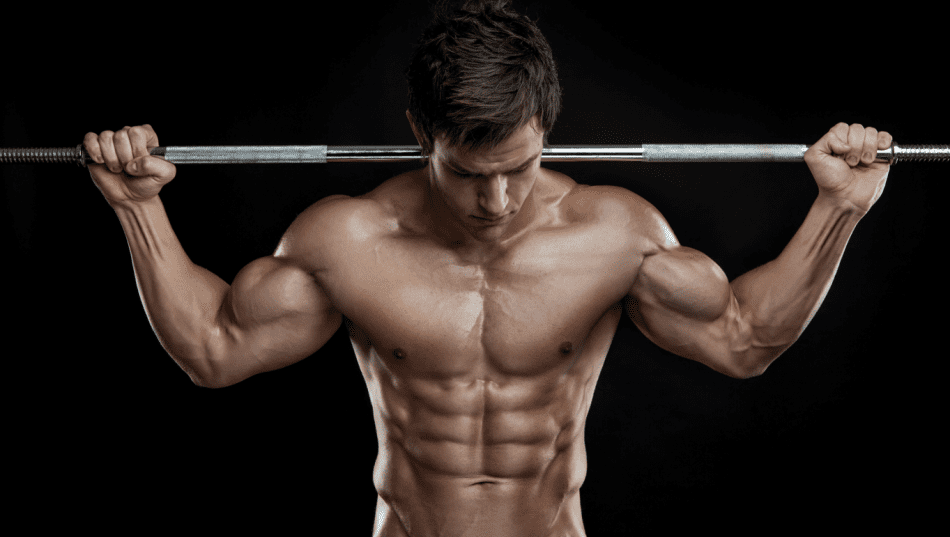 If you’re like me you want to get shredded abs. If so then check out our guide to getting shredded faster here.

Getting shredded is hard. You have to make sure your diet game is on point, that you’re training hard and that your cardio game is on point. For some guys it doesn’t seem to matter how hard they diet, they just can’t get rid of those last few pounds of fat.

That’s where fat burners step in. They were designed for those guys. The guys that need extra push to reveal those shredded abs and sculpted arms.

But before you read any further. I’m going to have to keep it real with you. Fat burners are NOT some kind of magic pills and if company claims to have “the magic formula” then stay away, it’s most likely a scam.

This is exactly why we spent more than two months researching all these different fat burners and their ingredients. We were sick and tired of seeing guys wasting their money on products that simply don’t work.

You can see our report here: Read our ultimate guide to fat burners.

But you have to check it out now, because some big companies have gotten in touch and asked us to take down our report. They think we’re exposing the industry with our truth-bombs.

Lots of people try to lose fat each year by cutting calories aggressively. While they succeed at losing weight they end up losing just as much muscle as fat and end up with a skinny-fat physique.

Unless the “dad bod” is your goal you won’t be happy with this. To make matters worse their metabolism is shot so when they go back to their normal calorie levels they end up gaining it all back. If, however, you stick to low carb dieting you will keep your blood sugar and insulin levels low making it easy to keep that body fat off.

As long as you are eating a moderate deficit and performing a resistance training routine that is made up with heavy compound lifts the muscle loss will be minimal. When all is said and done you will be left with a shredded, muscular physique.

Add in a natural fat burner that contains legit ingredients for that extra push.