[By Christian Finn – MuscleEvo.net]You’re on a mission to lose fat and build muscle, and you’re searching for a diet and training program that will let you do both.

But all you’ve found are a bunch of articles saying that it’s “impossible” to lose fat and gain muscle at the same time.

Actually, this is only partially true. Although there are lots of ifs, buts and maybes, it is possible to lose fat and gain muscle simultaneously. 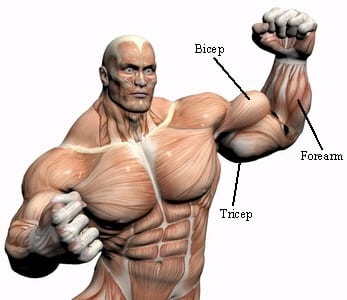 With very few exceptions, you won’t build muscle at anything like the same speed at which you lose fat. That’s because of the opposing demands these goals impose on your body.

Building large amounts of new muscle tissue requires energy. In other words, you’ll need a calorie surplus — to consume more energy than your body needs to maintain its weight.

Fat loss, on the other hand, requires a calorie deficit, which means consuming less energy than your body needs to maintain its weight.

What usually happens is that people set their calories too high to allow for a decent rate of fat loss, but too low to support muscle growth. As a result, they make no significant progress in either direction.

It would be nice if the energy your body needs to build new muscle tissue came from stored fat. But when your body is in a predominantly catabolic state, gaining muscle is not a priority, and the synthesis of new muscle protein is substantially reduced [1]. 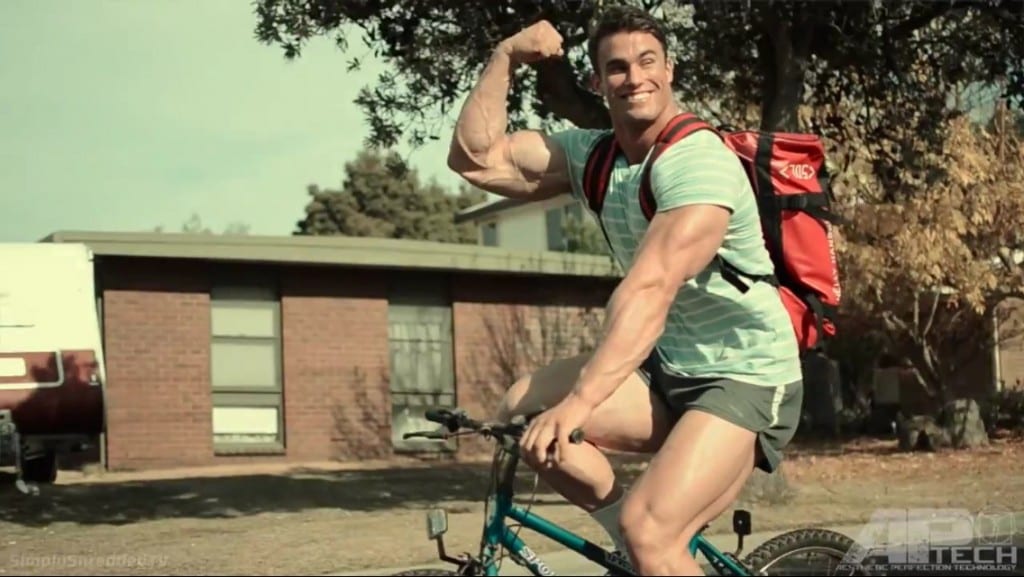 There are numerous calorie cycling methods that claim to be able to get around this problem, but even then you’re not going to replace every pound of fat lost with one pound of muscle. The best you can hope for is to generate a small muscle gain while losing a much larger amount of fat.

As I mentioned earlier, there are exceptions, the most notable of which are beginners. Take a group of people who have never lifted weights before and put them on a diet and training program that’s geared towards fat loss. Chances are you’ll see them make fairly substantial gains in muscle mass.

In fact, researchers from the United States Sports Academy found that a group of overweight beginners lost over 16 pounds of fat and gained almost 10 pounds of muscle during a 14-week training program [2]. I’vecovered this study in more detail here.

In other words, they gained a decent amount of muscle while also losing slightly more than one pound of fat per week.

Even in beginners who are not extremely overweight, it’s still possible to drop fat while gaining muscle.

A good example comes from a study carried in the Journal of Applied Physiology, which tracked changes in body composition in group of 30 men who were new to lifting weights [4].

The men were assigned to one of three groups. Group one spent three days a week running (25-40 minutes at 65-85% of their age-derived maximum heart rate), while a second group trained with weights. A combined group performed both routines on the same day of the week, always doing the weight training first.

The runners lost a little over 4 pounds of fat, but they also lost a small amount of muscle. The men who lifted weights gained around 5 pounds of muscle while losing almost 2 pounds of fat.

But it was the combined group who saw the best results.

Despite the fact that they started out with an average body fat of just 12%, the men gained 7 pounds of muscle while losing almost 6 pounds of fat.

However, even though these individuals weren’t overweight, they were beginners in terms of strength training. It’s in the first few months of lifting weights that most people make their fastest gains, and the results aren’t going to apply to someone who’s been training properly for more than a few months.

A natural bodybuilder, for example, with five years of training under his belt will do very well just to hold on to the muscle he currently has when moving from 10% to 5% body fat in preparation for a contest.

For anyone in this type of condition, the main benefit of strength training during fat loss is to maintain rather than gain muscle mass.

Anyone who’s been in shape before will find it easier to build muscle and lose fat simultaneously when returning after a layoff.

When a muscle is trained, detrained and retrained, there is a faster change in muscle size during retraining compared to the initial training period from an untrained state [3]. This is a phenomenon that some refer to as muscle memory.

Of course, muscle tissue itself can’t actually “remember” anything. Rather, the number of nuclei (which play a crucial role in building new muscle) in muscle cells increases when you lift weights, even before the muscle cell itself starts to grow.

But those nuclei aren’t lost when you stop training and your muscles shrink. Instead, the extra nuclei form a type of muscle memory that allows the muscle to bounce back quickly when you start training again.

Take a look at the cover of most fitness magazines and you’d be forgiven for thinking that building muscle while simultaneously losing fat is the easiest thing in the world.

You’ll see headlines about how to get a summer body in 7 days… lose fat without breaking sweat… 923 ways to make your life better now… get a 6-pack in 24 hours… torch flab in 20 minutes. 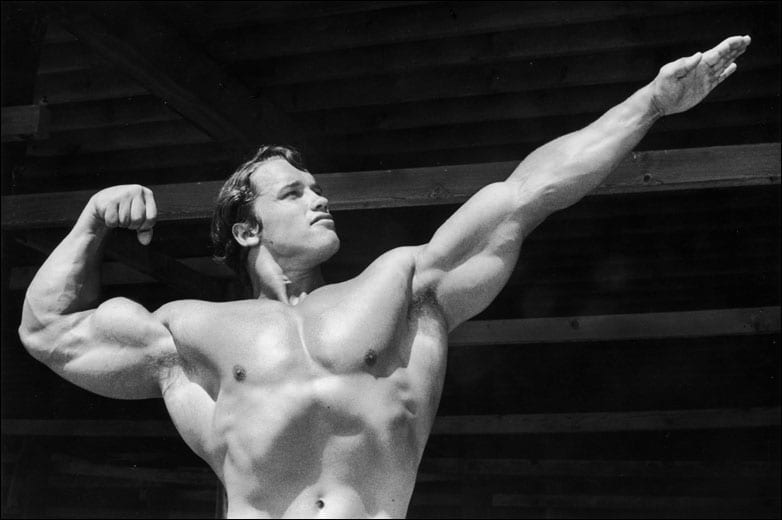 I’m not kidding. Those are genuine headlines from the covers of various magazines that I’ve seen in the last few days.

Everything is always “instant ways” to get this and “easy ways” to do that.

Most see the claims on magazine covers for what they are: the normal “puffery” commonly indulged in by companies trying to persuade you that their product is “the key” to solving all your problems.

Recently, I received an e-mail from a reader who wanted my opinion on the training program of a guy who appeared on the cover of a popular fitness magazine.

That means he lost 38 pounds of fat and gained 24 pounds of muscle in a little under four months.

But when I saw a few pictures of the guy in question, I’d say that he was almost certainly enjoying the benefits of a little “pharmaceutical assistance.”

Drug use is a lot more common in the fitness industry than you might think, even in those who claim to be natural. It certainly isn’t limited to top athletes trying to get an edge over their competition.

In this short clip from the documentary Bigger, Stronger, Faster, top fitness model Christian Boeving (you might have seen him in some of the old MuscleTech adverts) discusses his use of anabolic steroids.

Christian was later fired by MuscleTech because of a standard clause in all MuscleTech contracts that prohibits the discussion of anabolic steroids.

According to an article in the New York Times, Christian didn’t think his comments would cause that much trouble, mainly because he thought it was “pretty apparent that the top people in the industry use steroids to look like we do.”

I couldn’t care less if someone uses drugs. We all have one body and should be allowed to do what we want with it. There are already plenty of finger-pointing, hand-wringing “do-gooders” telling you how to live your life, and I have no interest in becoming one of them. 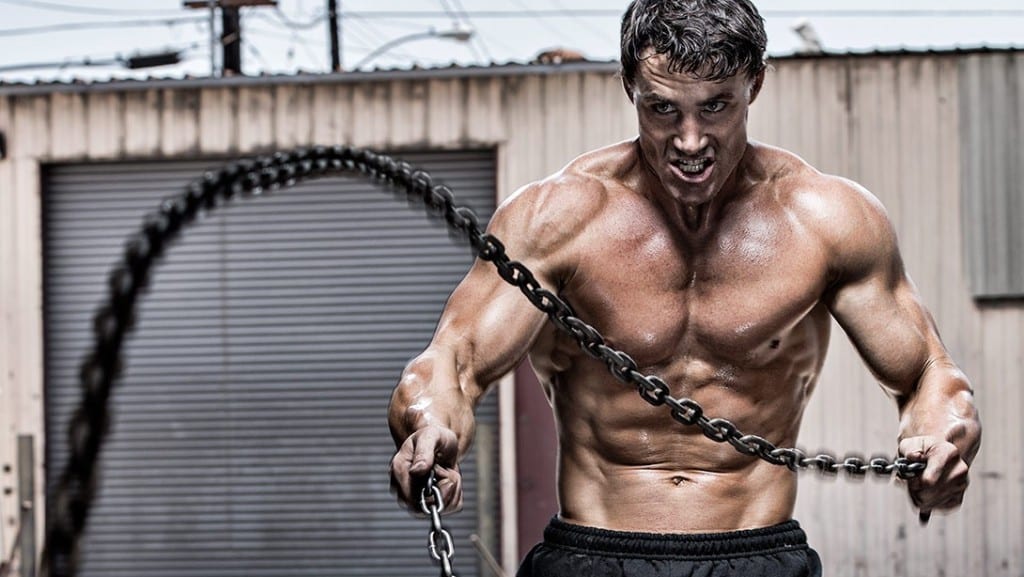 But I do think it’s important to know that there are people out there who are using drugs and then telling you they’re not.

If you try to duplicate their results without the same level of chemical enhancement, there’s a good chance you’re going to end up frustrated at the large gap between your expectations and what you actually see in the mirror.

To sum up, it is possible to lose fat and build muscle at the same time.

But unless you’re an overweight beginner, returning to exercise after a layoff, very genetically gifted or using drugs, you’re not going to be able to do both at anything approaching the same rate.

© Author: Christian Finn ©
Visit Christian at MuscleEvo.net and let him help you get Lean Strong & Athletic