Logan Franklin was born in the state of Texas. Growing up, he was an athletic kid, but in his words, small and skinny for his age.

Even though that was the case, he didn’t hesitate about his physical activities and played football, baseball and also, raced in motocross in his high-school years.

At the time, Logan was much different than the fellow players in his football team.

This was one of the reasons why he started lifting in the first place.

Also having a father who’s a trainer, ultimately led to the beginning of Logan’s training career.

At the age of 14, he began training in his home gym.

Serving in the Military 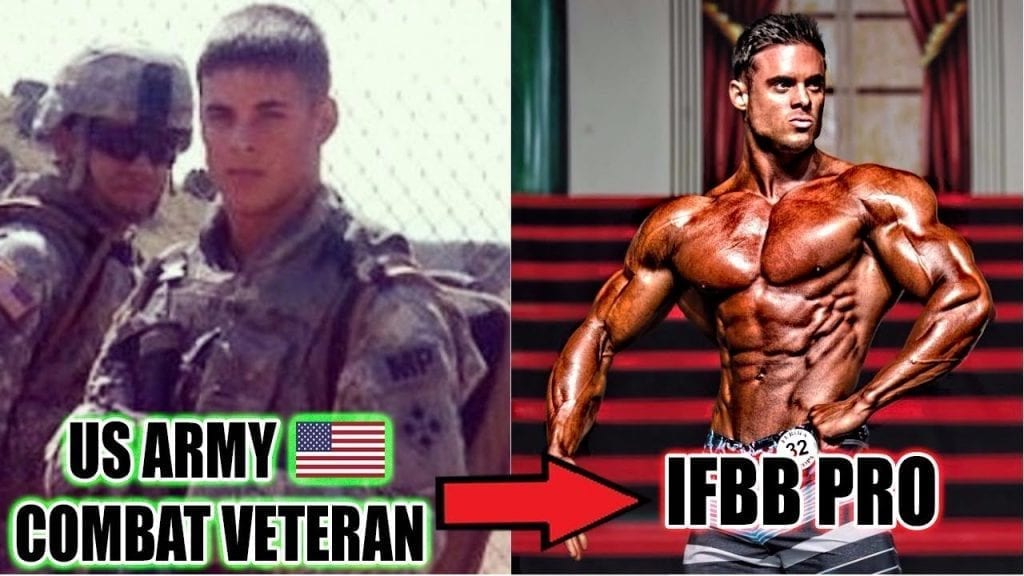 For the next years, Logan continued working hard and slowly bringing his musculature up.

After graduating from high school, Logan decided to join the US military at the age of 18.

During his time in Afghanistan, he managed to get through tough conditions.

A bit more than a year later, he returned home.

After that, he spent another 4 years guarding an important figure, after he was assigned to a unit in South Korea.

In 2014, after serving the US Military for 5 years, he returned home and had entirely new goals.

His passion for bodybuilding took over and the qualities he developed in the military helped him succeed in just that.

We all know that discipline is needed when you want to make substantial physical progress.

After finishing his duty, Logan decided it would be time to finally enter a contest.

His first ever competition was the “Formulation 1 classic” in his hometown, which he won undoubtedly in October 2014.

Four days later in the nationals, Logan also won the division of his class and also became the overall winner of the show.

Furthermore, even though Logan got a trophy, he got something more important – His pro card.

What was once a dream, now became reality for Logan, as he achieved his goal to be a professional bodybuilder.

Through 2015 and 2016, Logan placed well in several more competitions and then he finally earned a spot in the 2016 Olympia roaster.

Although Logan did not win his class at the Olympia, he placed top 5, taking 4th place.

Needless to say, that is more than respectable for a first-timer!

Well, we gave you some brief information about this guy, and you can definitely say he is on point with his work ethic!

Just check out his 4-months progress on the picture below.

#TransformationTuesday 4 months in between, think I grew? This is just the beginning. @cementfactory 🥕🍰

Yup, he is BIG and shredded. What are his stats you may ask?

The 28 year old fitness star has many accomplishments, amongst which are the following:

As of today, Logan is making a transition to the fairly new division – Classic physique.

Working my ass off to shape my physique similar to the legends that paved the way before me. 🙏🏽

You can see that even next to people like Shawn Ray, Logan looks stunning

He has the proportions, he has the muscle bellies and he is well-conditioned.

By all parameters, he can be a top dog of the classic physique line-up!

He also seems to be practising his classic poses, which, needless to say, look AMAZING!

Stay tuned as we’ll keep an eye on Logan to see how he’ll progress up to his first classic physique show!