With a remarkable physique and a drive for ultimate physical fitness—Lex Griffin is one of the most inspirational and astonishing bodybuilders we have in our time.

However, many people suspect him of having joined the wave of fitness idols that make use of performance-enhancing drugs for the sake of remaining in the spotlight.

Join me as I discuss how Lex Griffin rose to the top—and I reveal why he desperately tried to maintain his relevance by adhering to the unhealthy demands of the fitness industry. 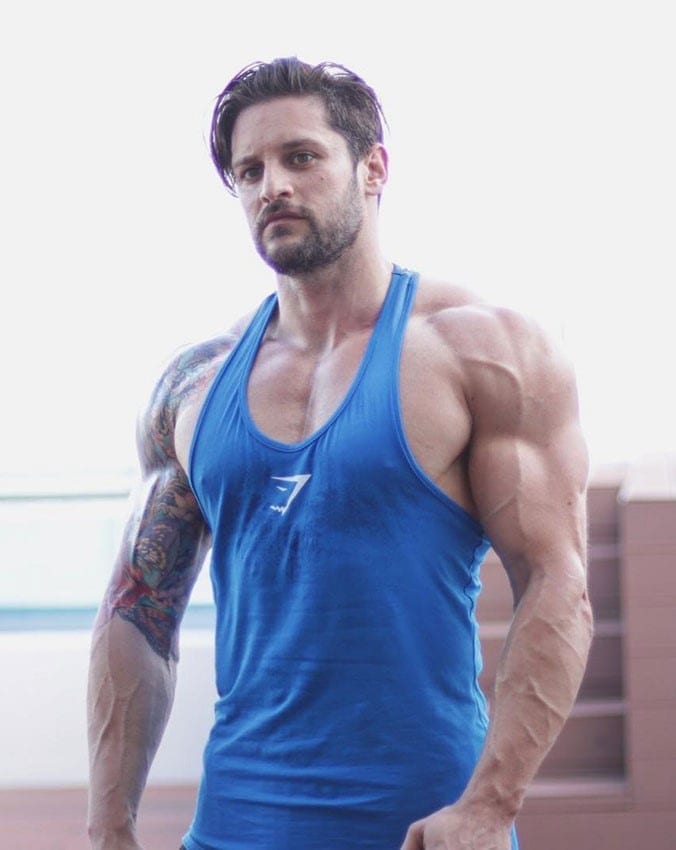 Born in Britain in 1987, Alexander (Lex) Griffin started out like any other aspiring athlete in high school—always looking to improve himself. He had an interest in several sports—especially rugby, football, tennis and martial arts.

Wanting to increase his fitness to perform better in these areas—he hit the gym. Lex Griffin began weight training—quickly enjoying improved results on the field from these sessions.

His body wasn’t the only thing he built—he developed more motivation and a high level of enthusiasm. He had the perfect recipe to accomplish his goals.

Yet Lex Griffin fell in love with lifting, beginning to mass-up his physique with more muscle.

Before he knew it, he’d already started his bodybuilding career.

At university, Lex Griffin studied Biology, although he still had time for extracurricular sports. He used the knowledge he gained from his course to enhance his training.

Here’s what Lex Griffin said about this education:

“I used the array of material available to me through my course and within my literature which I found, and developed a good basic understating of split training regimes, dietary requirements and techniques.” 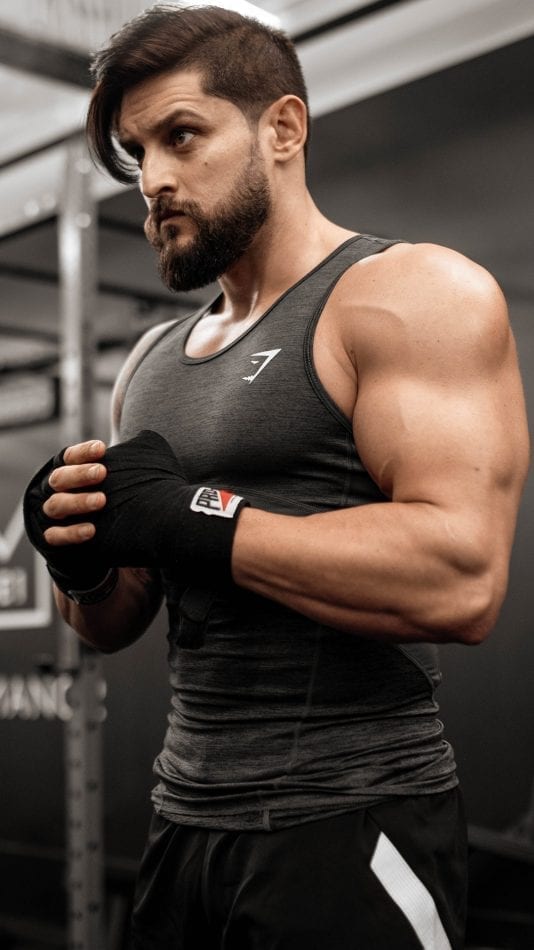 Lex decided he was ready to take the next step—bodybuilding competition. His first event was in 2011, the MuscleMania Scottish Regional. He won, becoming the overall and middleweight champion.1

It was his first taste of glory—giving him the platform to make headway into other major competitions. In the same year, he took part in MuscleMania UK National Championships, w

Lex Griffin participated in one more competition in 2012 and then decided to focus on building a personal training business.

Lex Griffin increased his exposure by sharing his fitness journey and expertise via YouTube—quickly becoming a social media celebrity. Eventually, he could make a living with his childhood passion for fitness.

It quickly took off. Along the way, he attracted Ben Francis, who owns Gymshark, which is a multi-million dollar fitness gear business. Today, Lex works as an ambassador for this bodybuilding powerhouse.

He’s married to Lainey Griffin who is also a bodybuilder and fitness expert—it runs in the family. They both reside in Manchester, United Kingdom.

The Lex Griffin net worth is estimated to be $121K —and that’s his earnings from Lex Griffin YouTube views alone. Lex has other various streams of income—from modeling, his Lex Griffin Gymshark sponsorship and his fitness training business.2

With Lex’s personal business, he maintains a busy lifestyle, despite that fact he still makes enough time for fitness. He trains at minimum four times per week.

His workout routines mainly comprise a mixture of heavy lifts with fewer reps and lighter lifts with more reps. Additionally, he employs high-intensity interval training (HIIT). He adds it to his routine to maintain a lean physique.

Here are his daily workouts:

Take a look at Lex Griffin showing you how to perform shoulder workouts:

Here’s the main man blasting through a back workout:

If you want to know how to do the perfect squat, take a look at Lex Griffin in action:

Lex Griffin shows you how to work out the hamstrings effectively: 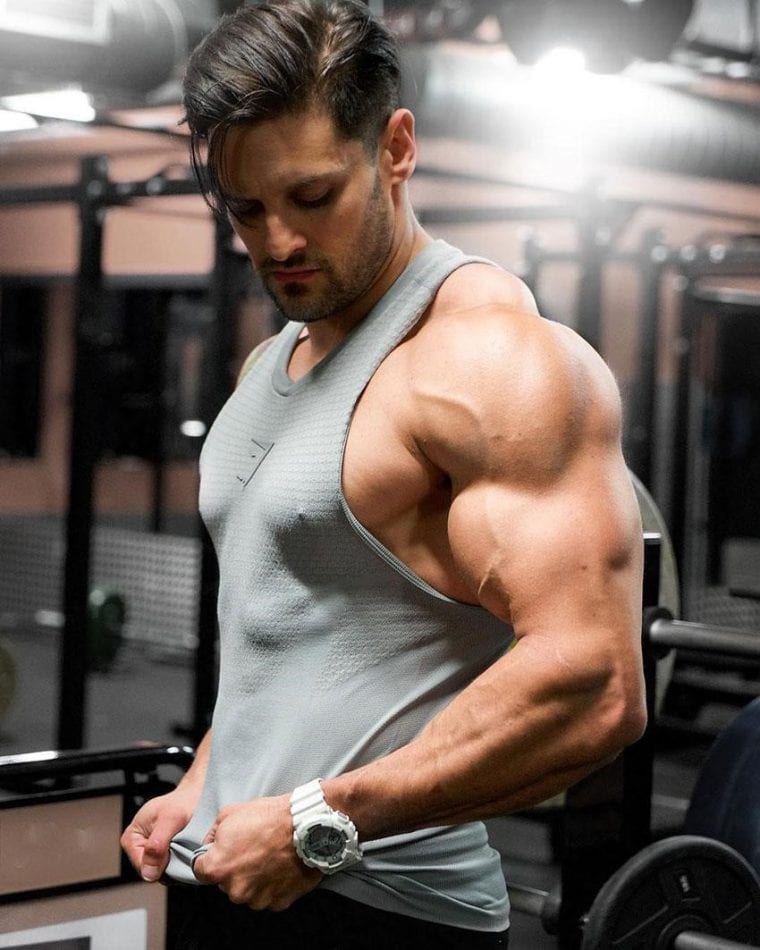 The Lex Griffin diet is flexible—he makes sure a majority of his meals are healthy.

He consumes carbs to help energize him for any intense workouts, along with fat foods so he can gain weight.

The lean proteins serve as a means of fueling his workouts and improving his recovery.

Take a look at Lex Griffin talking about his diet regime: 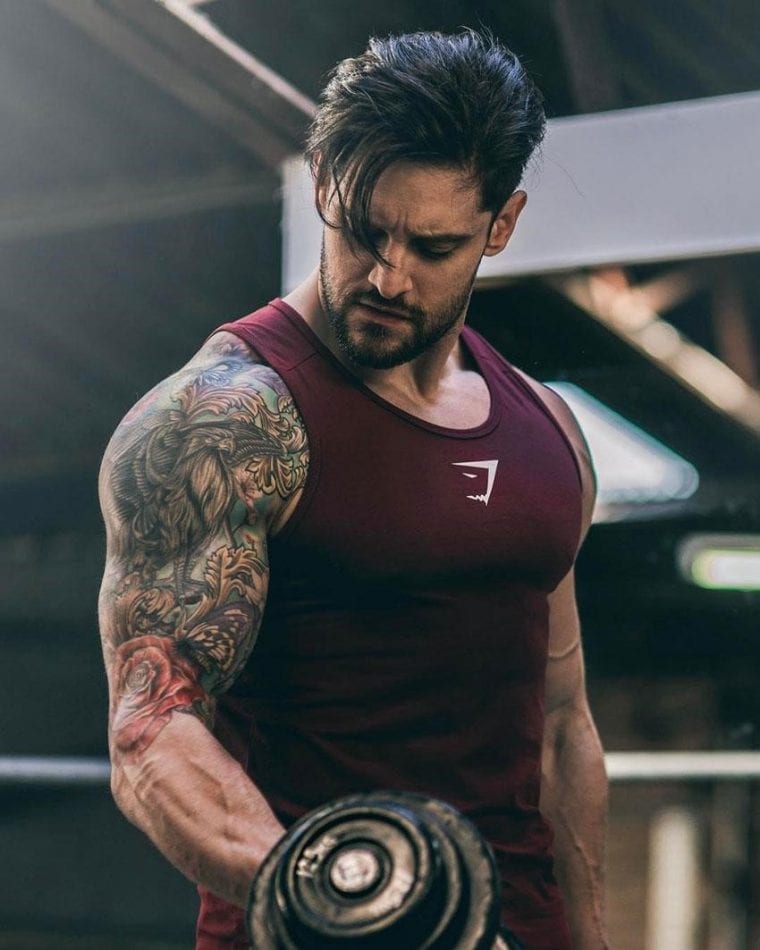 Is Lex Griffin on Steroids?

Lex has denied vehemently that he uses steroids, but his word isn’t enough to convince everyone—as other guilty fitness celebrities do the same.

However, on paper, he’s still clean given there’s no substantial evidence or confession that’s he’s a juice head.

But his physique gives hints for the use of anabolics. For Lex, it may not be so obvious as he could be taking smaller doses for specific situations.

If you watch some of his videos on YouTube, you’ll notice how much smaller he is compared to his mid-workout sessions and Instagram photos. He looks unnaturally swole and vascular.

He’s also a proud member of the Aesthetic Crew which is occupied by other members that are known to use anabolics.

Lex Griffin Before and After

Ever since Lex Griffin had an interest in competitive physical sports, he’s always remained fit.

Take a look at the below images. The first is Lex Griffin in 2012, the second just one year later. 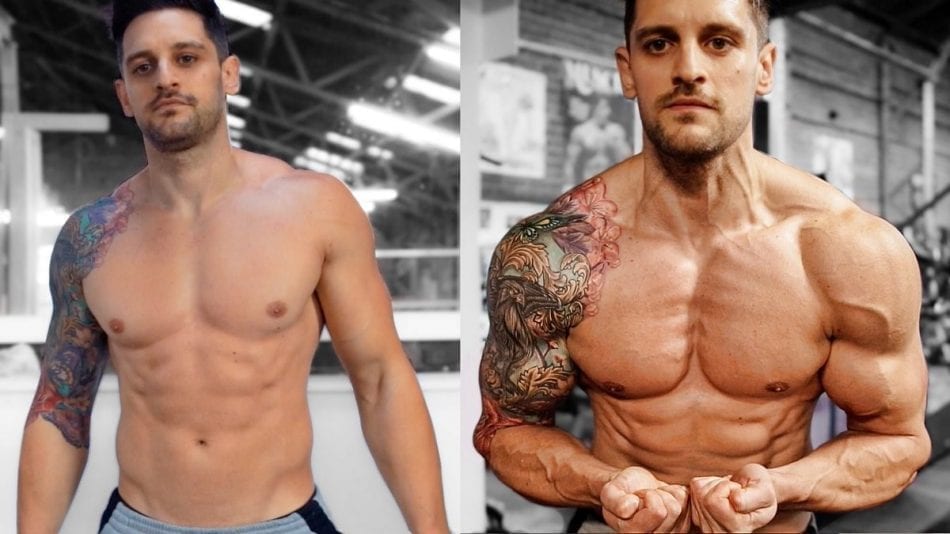 You can see in a remarkably short space of time Lex Griffin is overall more muscular and shredded.

During his dieting, he adds a whey protein supplement or stand-alone creatine to his meals. Additionally, he will use intra-workout BCAAs (branched-chain amino acids). 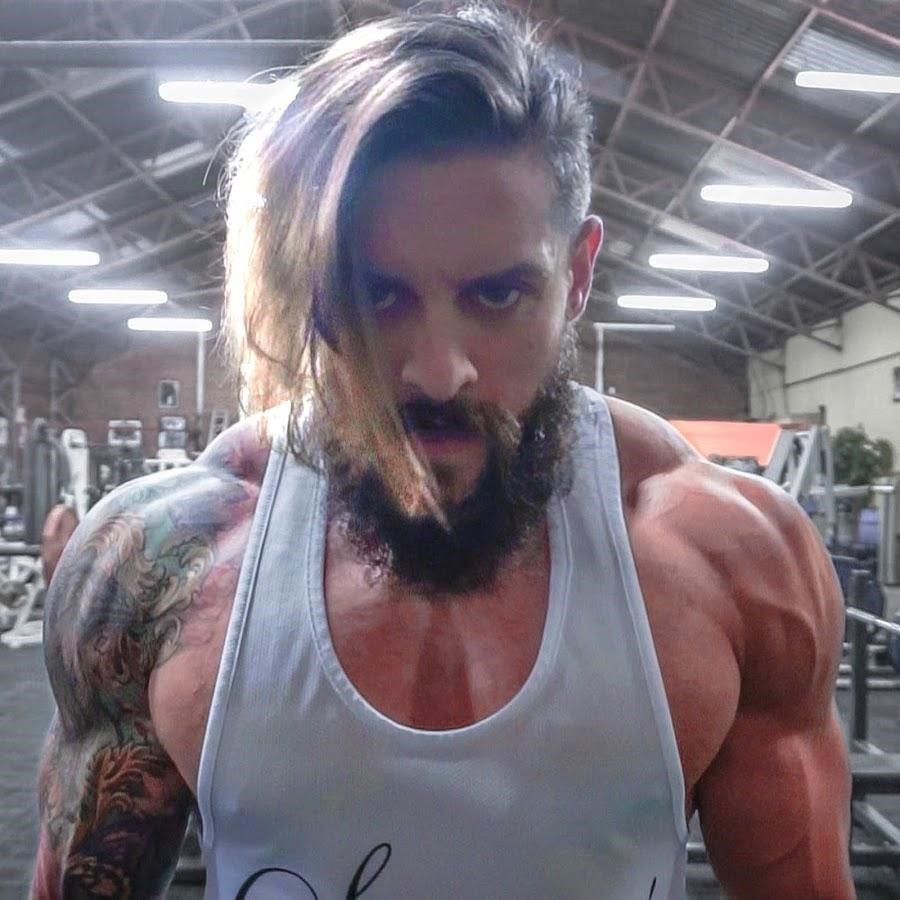 Here are some of Lex Griffin’s clever and inspiring quotes:

“Good things come to those who squat.”

“I don’t diet. I just eat according to my goals.”

“Being a man isn’t about being tough or arrogant. The real signs of masculinity are humbleness and the knowledge that sometimes other people know more than you do.”

“Set aside your ego, and work as part of a team.”

“My motivation comes from the sheer love of training, in any form, and competition with myself to always achieve more from month to month and overcome any obstacles that may cross my path.”

“What Is Lex Griffin Hairstyle?”

The Lex Griffin hairstyle changes frequently. Sometimes it’s cropped short, other times he will grow it out. Intermittently, he also sports facial hair.

The Lex Griffin playlist can be accessed on Spotify.

“Does Lex Griffin Have a Tattoo?”

Yes. The Lex Griffin tattoo extends down his right arm.

“How Does Lex Griffin Make Money?”

He earns his keep through the Lex Griffin clothing line, sponsorships and fitness training.

Before the steroids rumor, Lex Griffin’s rise to the top seemed purely because he set himself lofty goals. It started out with his love for competitive sports and burning-desire to be physically fit from a young age.

He reached new heights and set himself new challenges which furthered his physical fitness career.

Now, with a massive social media following, he shares his experience and expertise for people to utilize in order to reach their own goals.