In our last article, we showed you how the internet-famous Brad Castleberry diversifies his workouts, with muay thai training.

For this one however, we will compare Brad’s insane strength to one of his internet rivals- Larry Wheels. 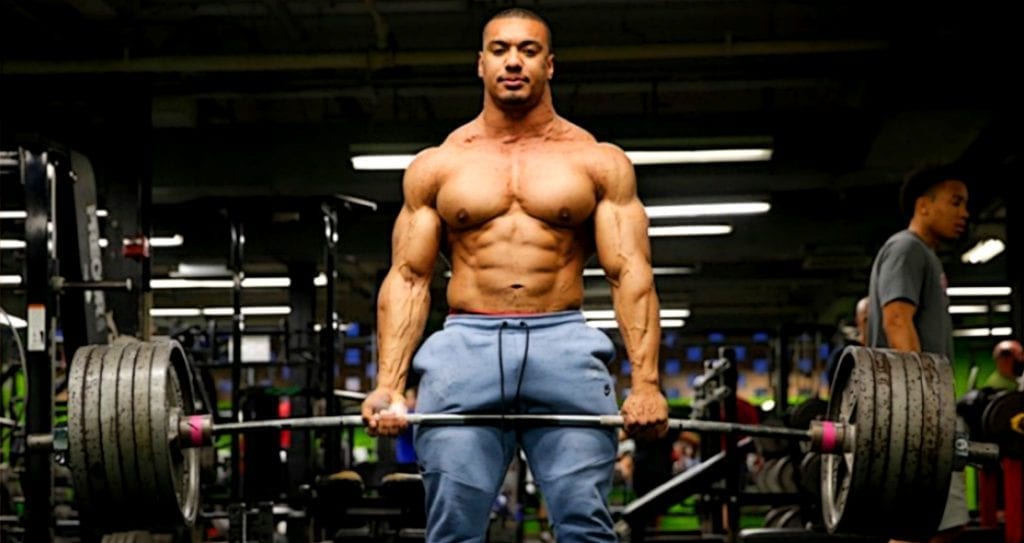 Larry Wheels is quite an interesting person, as he literally started from rock bottom, living in poverty in Bronx, New York.

He always had the dream of becoming big and strong, as he endured a lot of bullying throughout his childhood.

Needless to say, having a dream is nothing, if you don’t take the necessary actions. That’s exactly why Larry started with the basics, implementing push-ups, pull-ups and sit-ups in his daily routine.

Later on, he moved on to creating a small, improvised home gym, that consisted of two 40-lbs concrete blocks and… A broomstick.

He had very humble beginnings to say the least, but he eventually made it to the top, becoming one of the strongest humans on earth.

To start with the comparison, let’s first look at their stats, in the picture above. As you can see, Brad is 10 years older, 2 inches shorter and 22 lbs lighter.

According to Brad himself, he follows a more power-oriented training approach, where he will pyramid on pretty much every exercise.

A pyramid simply implies going from lower to higher weights and in some cases, going from higher to lower weights, if we talk about a reverse pyramid.

Lifting heavy weights is in Brad’s blood, as that is ultimately, his personal approach to training- Repping out heavy weights.

On the 21st of February 2007, Brad participated in the APF Cal state powerlifting meet and recorded the following lifts in the 242 lbs weight class, at a personal weight of 223 lbs:

We need you to note that these two guys are breaking the limits of human strength, meaning that progress is way slower at these levels of development.

Even though Brad’s lifts are insane to say the least, truth is, Larry Wheels kind of dwarfs him.

Recently and as seen in the video at the bottom, Larry Wheels has managed to lift an IMMENSE 409 kg (907 lbs) deadlift.

We admire and respect both Brad and Larry, but fact of the matter here is that the taller, younger and heavier Larry Wheels is WAY stronger… And he is not even in his prime yet.

Now, we know these guys are pretty much past the limits of natural human strength and muscularity.

A good athlete is not only defined by their feats of strength & performance, but also by their transparency about drug use.

In our next article, we will talk about Larry Wheels’ steroid cycle, as he reveals it all!

Check out the video below to see these strongmen in action!