He was raised in a poverty-stricken environment, and a family tragedy rocked his entire world.

Let me share the fascinating Kali Muscle story, and explain how his rough and devastating childhood made him the person he is now. 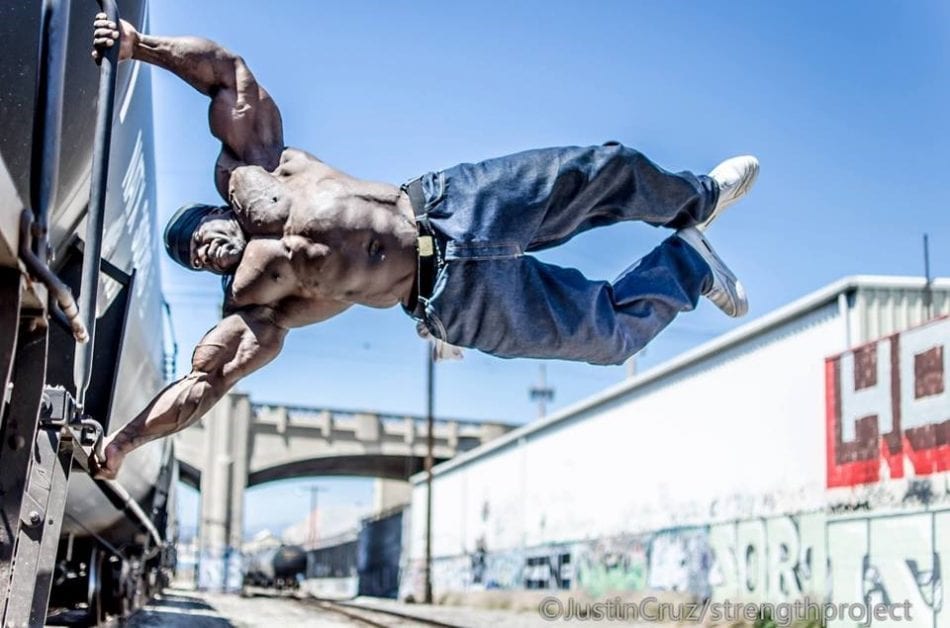 Chuck Kirkendall (later to become known as Kali Muscle) was born in Oakland, California, on the 18th of February, 1975. Raised by his birth mother and stepfather in a poor neighborhood, he had to learn early how to survive on the tough streets.

When he was a teenager, Kali started to go to the gym as he pursued his passion for football—receiving a scholarship to Fresno State as a running back.

But, after his brother died in a freak gun accident, Kali Muscle felt bitter, angry and cheated by the world.

On a downward spiral, he was arrested for robbery and sentenced to 11 years in jail. Although, at the court hearing, he also admitted being involved with drug deals, pimping, running a strip bar and gang affiliation too.

Once behind bars, with little else to do, Kali Muscle began working out every day with weights. He was so focused on his diet and training that he rapidly became huge.

As an act of punishment for a misdemeanor, the prison guards confiscated his iron. But this didn’t stop Kali, as he found a way to work out in his cell without equipment.

He improvised—using bottles full of water or garbage bags as resistance. Reportedly, inmates even witnessed him carrying other men in the prison as training.

The guards were angry that his exercising continued—so they threw him into solitary confinement.

On his YouTube channel, Kali Muscle has numerous videos teaching you how to train without weights—just as he did when he was incarcerated.

In 2010, when Kali Muscle was released, he decided it was time to develop a career and put his past behind him. He moved to Los Angeles, aiming to be an actor and to improve his bodybuilding.

Kali Muscle got his first jump into fame when he posted a video on YouTube telling his life story—to date, it’s received more than 45 million views.

Kali Muscle is now a famous bodybuilder, followed by millions on social media. As for his acting career, it couldn’t have gone any better. He’s already starred in more than 15 movies and series, such as Raising Hope, The Dog Who Saved the Holidays and Bullet Ride.1

Although Helena Vladisavljevic is not yet the Kali Muscle wife, they’ve been together for many years now but don’t plan to have kids anytime soon. 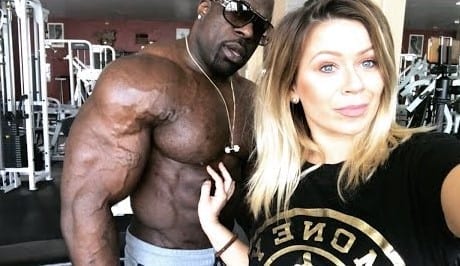 Kali is also involved in charity:

“My soul purpose on this earth is to help the kids. I go to juvenile houses, prisons, schools where people don’t want to go, and I show these kids how they don’t have to use the negativity—and that they are involved in their community.”

Recently, Kali Muscle lost muscle. Fans were concerned, so he made a video explaining why that occurred.

It’s estimated that the Kali Muscle net worth is $5M. 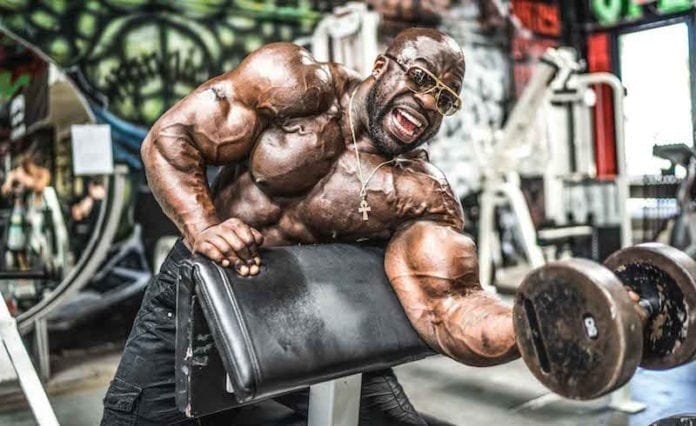 Watch Kali Muscle at a bodybuilding competition in Los Angeles: 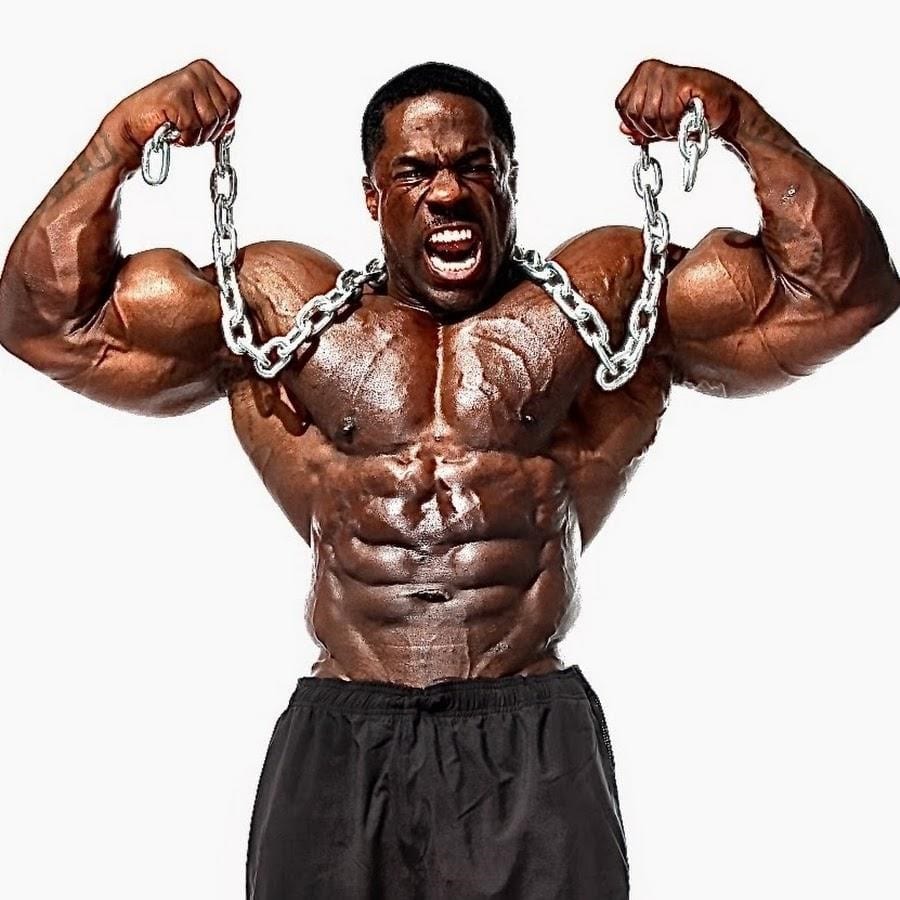 Below is a typical Kali Muscle prison workout routine. Remember, incarceration means a lot of free time. Hence, this program is designed to be completed throughout the day—not in one hour.

Furthermore, reps and sets may seem extreme—but this is the type of plan Kali Muscle was following.

Watch Kali Muscle doing some push-ups in the video below.

A video of Kali Muscle in prison training his legs with a weighted bag:

See Kali Muscle working out with the bros:

Take a look at Kali Muscle doing some handstands: 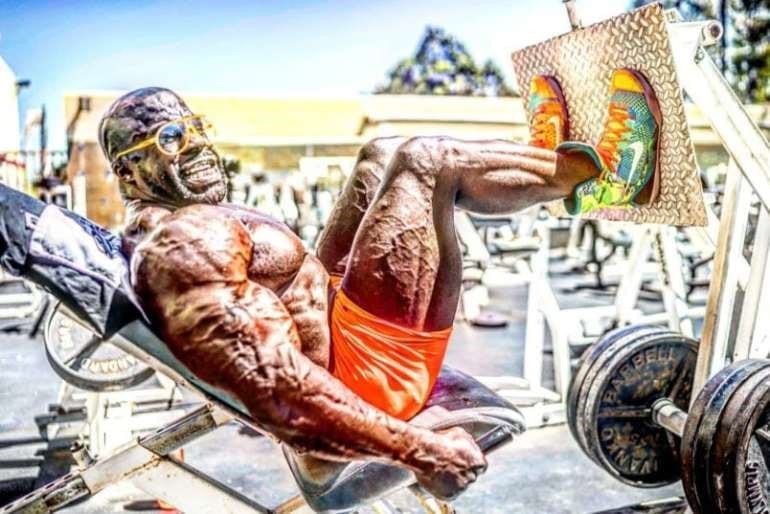 When it comes to food, Kali tries to keep it simple. Depending on his body goals, he can eat around five or six specific meals a day, or he can spend the whole day constantly eating—depending on his mass goals.

For Kali, drinking a gallon of water every day is essential for his health and appearance.

Here’s Kali Muscle showing us what he eats.

Kali Muscle is also a rapper. All he wants is to reach the maximum amount of people he can and encourage them to work out. Even if his method comes in the shape of music.

Kali raps about training, but the criticism about his music has been sweet and sour.

His most popular songs are We Pumpin and Money and Muscle.

Take a look at one of his videos below:

Is Kali Muscle on Steroids?

Due to Kali’s sheer size, many don’t believe his words when he says that he’s never touched steroids.

He claims that it would be nearly impossible to take synthetics in prison.

“I know the majority of you out there think that you need some type of special potion to get “swole,” and yes, you do, it’s called AMBITION, DEDICATION and BELIEF.”

Kali Muscle Before and After

He was always enthusiastic about bodybuilding, and maybe that’s why there are few images of him without mass. 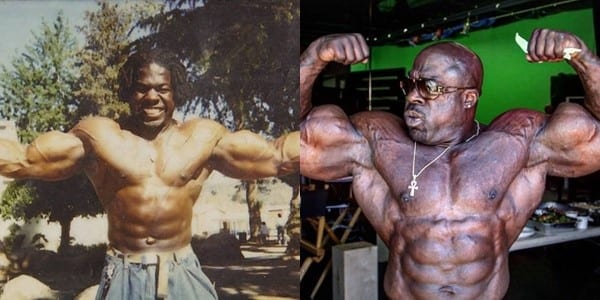 Looking at the photos above, you can see that for over 20 years, he’s maintained an awesome physique.

He has his own brand of Kali Muscle supplements, known as Hyphy, which he claims he uses every day.

The most popular product, a pre-workout called Hyphy Mud, was reportedly invented by Kali Muscle while in prison. It includes only ingredients that were available to him when behind bars.

In addition to this performance enhancer, the Hyphy brand also includes amino acids.

Kali takes his speech and his life story to the poor neighborhoods and schools, to improve his local community.

Here are some examples of his words of encouragement:

“If you chose to be ordinary, don’t be mad at someone that chooses to be extraordinary.”

“Strong people don’t put others down. They lift them up.”

“Where Can I Find Kali Muscle on Social Media?”

And don’t forget to visit the Kali Muscle 2019 website too. 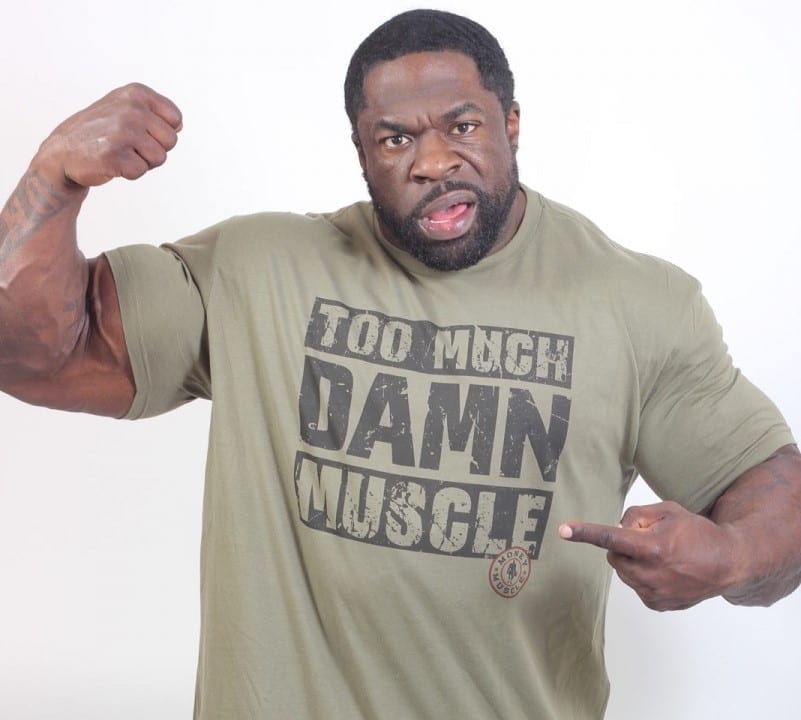 Kali Muscle has one of those life stories that simply inspires people.

He wants to prove that you don’t have to be rich to be able to workout. Your fitness goals can be achieved regardless of your background.

He learned from his mistakes, enabling him to mature and grow—both mentally and physically.

This is why this bodybuilder should be both admired and respected.