Dubbed the Tren Setter, Jon Skywalker is a famous bodybuilder and fitness model with an inspiring transformation story.

He isn’t scared to say what others are afraid to discuss. Whether it’s steroid usage or the truth about fitness and bodybuilding competitions—he’s as honest and raw as it gets!

Join me as I reveal the unbelievable world of Jon Skywalker. 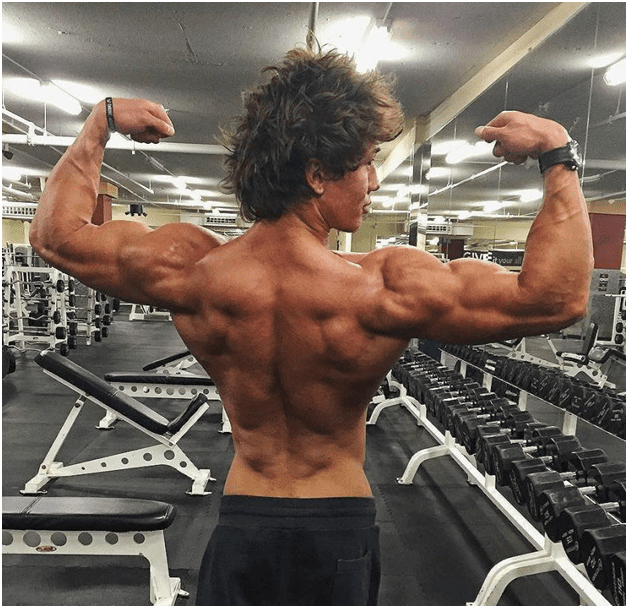 In his teens, Jon Skywalker had little to no interest in sports or socializing—preferring to stay at home and play video games rather than interact with others of the same age.

While in high school—he couldn’t make friends easily and didn’t date any girls because of insecurities about his appearance.

Wanting to break from his cage of self-doubt, he resolved to take positive action.

He placed his plans for college on hold, joined a gym and gained employment.

Jon Skywalker became a disciplined gym-freak—going on a daily basis to build a defined physique. For two years, he completed seven workout sessions every week—without a rest day until he was satisfied with his body.

Halfway through this program, he began posting on Instagram, documenting his progress.

As his fan base grew, he was spotted by a local modeling scout who invited him for a photo shoot. This proved successful and enabled him to sign his first contract with a local modeling agency.

Since then, he has posed for several popular magazines and has been featured in numerous commercials for internationally recognized clothing brands and businesses. 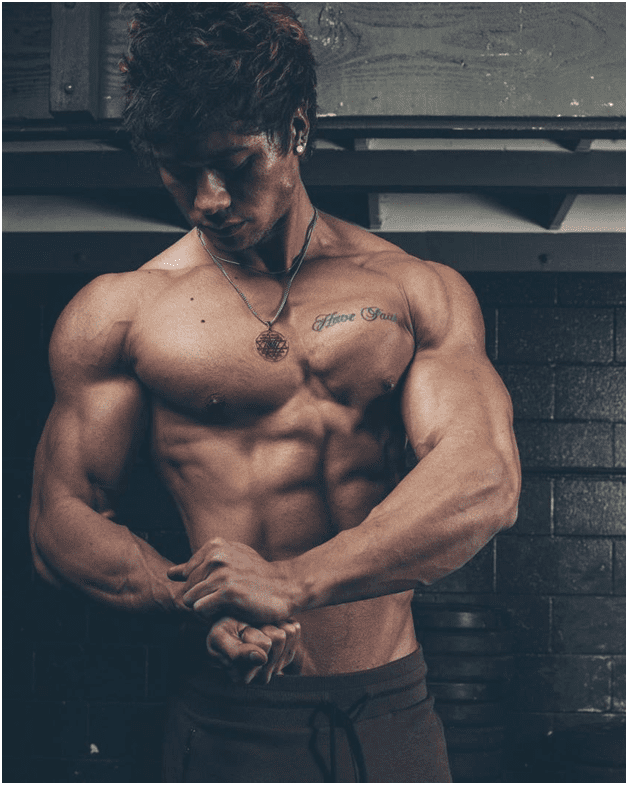 Jon Skywalker uses his social media accounts to share not only great tips and insights on how to become healthier and happier, but also his own lifestyle and bodybuilding experiences—showing each of us just what is possible.

Skywalker is dedicated to interacting with his fans and has a YouTube channel which he frequently updates. It includes a variety of content, such as workout videos and messages of motivation.

This kind of commitment is what makes him stand out from the rest and has given him over 44k subscribers.

Skywalker has confirmed that Aziz Shavershian was the greatest inspiration in his life, and many similarities are evident between the two. Jon also has a mountain of rock-solid muscle, is lean and leads an aesthetic lifestyle. 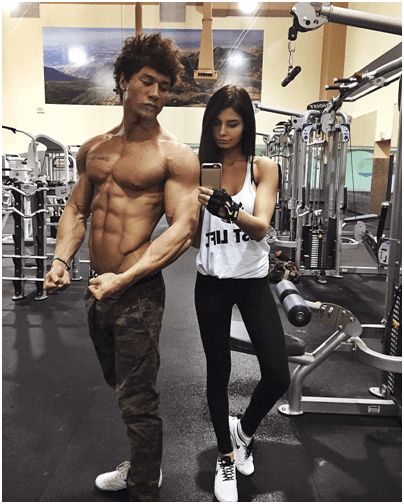 Fans often wonder about Jon Skywalker’s love life and whether he might be dating someone at the moment.

The fitness star prefers to keep his relationships a secret, and that’s why details about his private life are sketchy.

However, Jon Skywalker is rumored to be in love with an unknown Instagram star. They have purportedly been dating for several months now, but Jon hasn’t confirmed this yet.

Reputedly, Jon is currently worth an estimated $400k. 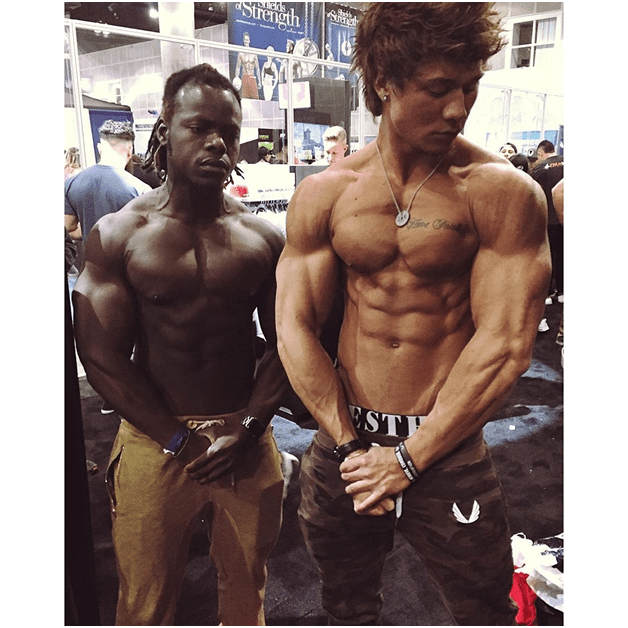 Jon Skywalker is a proponent of working particular muscle groups on different days. You can take a peek at his lifestyle and how he generally trains in this video:

When it comes to weight training, Jon has a preference for isolation workouts.

Here is his typical week: 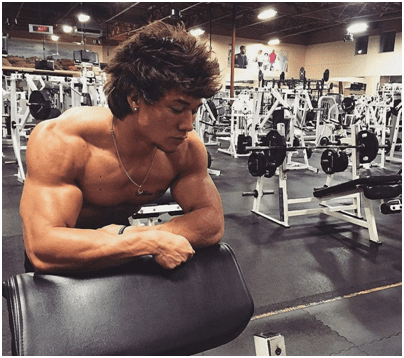 The Jon Skywalker diet revolves around eating healthy foods in order to maintain a strong and shredded physique throughout the year. Even when he is out and about, Jon eats smart.

Additionally, he tries to minimize his sodium intake because it can absorb water and cause dehydration. This can lead to bloating and make it difficult for him to lose weight.

He drinks only water due to the potential effects other drinks (such as juice and alcohol) have on the body.

Is Jon Skywalker on Steroids?

Now let’s take a look at the question is Jon Skywalker on steroids or natural?

Well, Jon is a guy who is genuinely dedicated to his cause. We know right off the bat that there are many other bodybuilders who train hard and follow their diet strictly, but don’t look as good as him.

All you need to do is to follow his Instagram posts and you’ll find celebrities and other people accusing him of using steroids. Two good examples are the Jon Skywalker vs Kinobody argument and the Jed North Jon Skywalker beef on Instagram.

Here’s a video of him talking about the truth in the fitness industry, including steroid usage, friendships and liars.

In this Instagram post, Jon Skywalker makes an allusion to following a cycle—then quantifies it by saying he was talking about bicycling, not ‘roids. Is he being ironic or telling the truth?

Jon Skywalker Before and After

As a teenager, Jon Skywalker weighed around 130 pounds. He has since gained over 70 pounds. 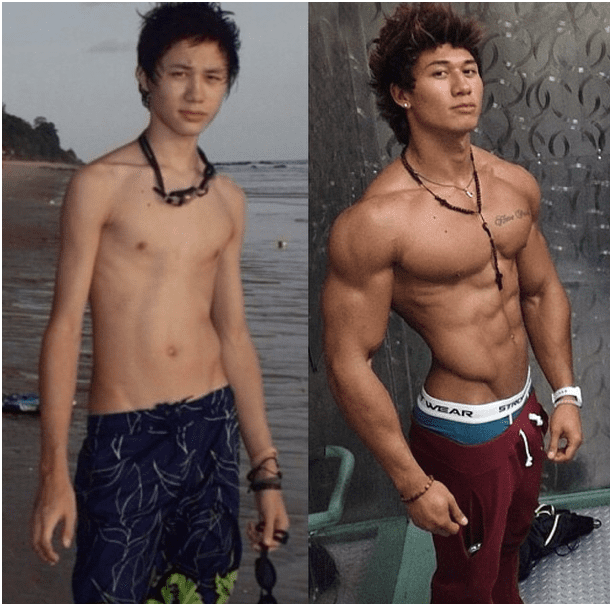 Additionally, here’s a video detailing his impressive story of growth.

Jon Skywalker has built relationships with many companies, and you can follow him on his social media accounts to learn more about the Jon Skywalker 2019 supplements.

He has his own line of products, the most popular being the Jon Skywalker Box.

This is a muscle-building stack mainly consisting of testosterone boosters and a Laxogenin compound—both designed to promote mass growth.1

Perhaps more importantly, he regularly shares a Jon Skywalker discount code with his fans to help them save money on their supplement purchases. 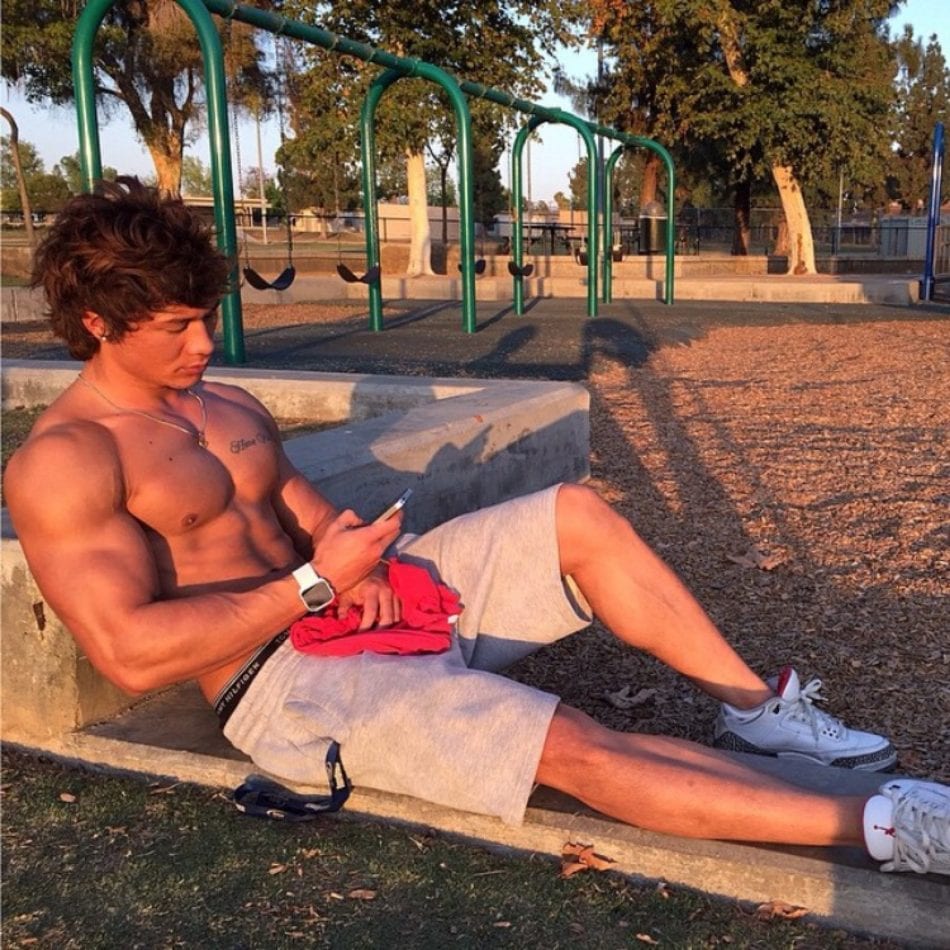 Here are a few Jon Skywalker quotes to inspire you during your toughest workouts:

“Determination is the key to the door of destiny.”

“The best way to grow is to learn from your mistakes and work on your weaknesses.”

“The struggle with this generation is a lot of passion and not enough commitment.”

“What Does Jon Skywalker Tattoo Say?”

Jon is a huge fan of tattoos and has one inked on his left pec. It says, Have Faith.

“How Old Is Jon Skywalker?”

“How Tall Is Jon Skywalker?”

However, we can confirm that he is exactly six feet, four inches tall.

“Who Is Jon Skywalker?”

He is a fitness model, bodybuilder and social media influencer. His Instagram fame has been boosted further by the Jon Skywalker Kinobody rivalry.

“What Does Jon Skywalker Do for a Living?”

He works as a bodybuilder, fitness model and influencer.

“Where Was Jon Skywalker Born?”

Jon Skywalker was born in the United States on October 10, 1993.

Jon Skywalker is just 25 years old and has already made a huge impact on the fitness industry and his fans alike. Jon’s weight is a vital part of his profession as a fitness model and influencer, and he pays special attention to his training and diet.

If you’re looking for fitness inspiration, great training tips and interesting quotes, look no further than Jon Skywalker. He’s living proof that regardless of however tough things get, you can always succeed and become a better version of yourself.