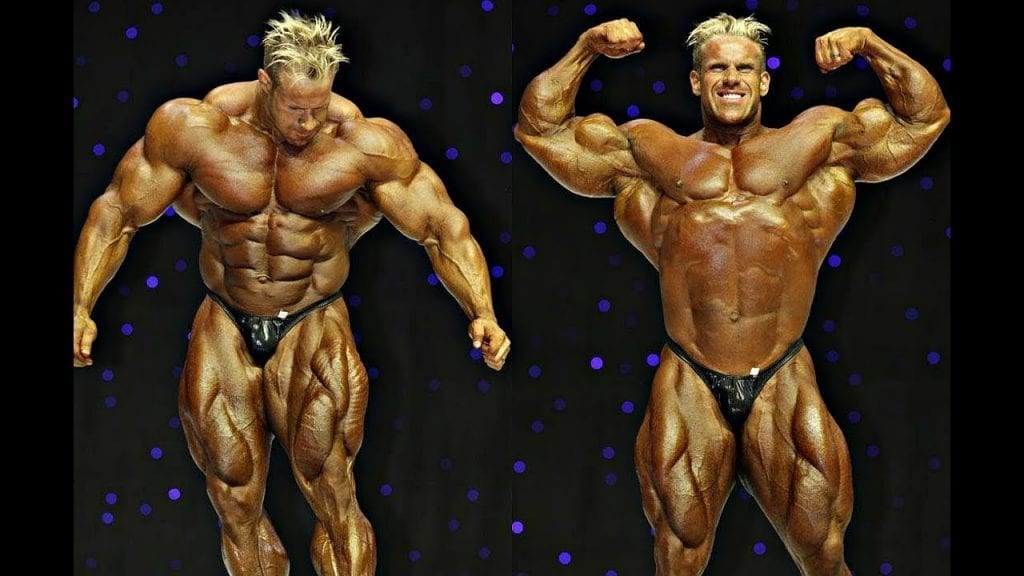 Jason Isaac Cutler, also known as “Jay Cutler” was born on the 3rd of August in the year 1973.

When he was 11 years old, Jay got into the family business, where he was involved in making concrete constructions.

7 years later at the age of 18, Jay began lifting weights and it wasn’t long before he started realizing potential.

In 1992, Jay Cutler participated in his first bodybuilding competition.

That was the Gold’s gym Worcester Bodybuilding Championship, where he took 2nd place.

Throughout the years, Jay continued progressing consistently and he was considered to be one of the biggest threats for the Olympia.

Well, after becoming a runner up in 4 out of 6 Mr. Olympia competitions, Jay finally won his first olympia in 2006.

Besides his professional success and his realization in bodybuilding, Jay was also featured on many Fitness and bodybuilding magazines, including the cover of FLEX Magazine.

As you probably see by the pictures, Jay was an enormous specimen during his prime.

No matter how good your genetics are or how good your work ethic is, it is a fact that you need steroids, in order to be the top dog in bodybuilding.

Jay Cutler himself isn’t afraid to admit that, as it is something he is familiar with.

Check out the video below to see everything Jay Cutler has to say and confess about the use of performance enhancing drugs: