During intense exercise, we experience the so-called “Muscle burn”.

That muscle burn, in scientific terms is referred to as “Acidosis”.

Traditionally, the muscle fatigue has been blamed on the build-up of lactic acid.

This so-called “lactic acidosis” is taught in nearly every sports academy and physiology book.

Well, even though this has been a topic for discussion for a LONG time, it’s quite simply, not black and white.

Now, first off, I’ll make a quick mention – Lactic acid and lactate are NOT the same thing.

Technically, the body does not produce lactic acid.

Through detailed research, Robergs et al. (2004) show that lactic acid is not produced in the body.

However, lactate is the product of a side reaction in glycolysis, which is essentially the process of burning down glucose for fuel.

What causes the muscle burn? 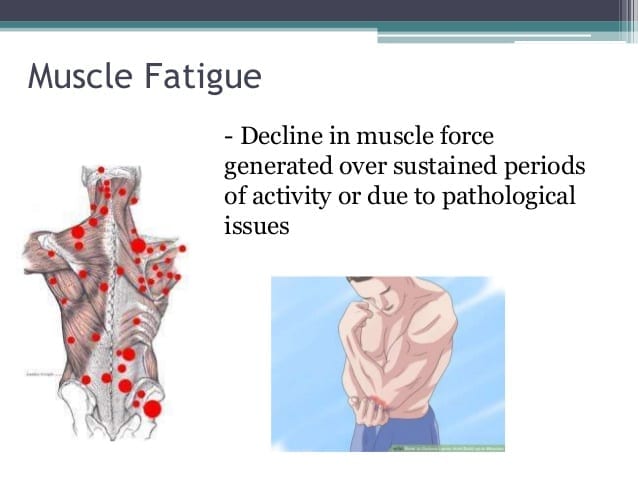 As we learned right off the bat, the body produces lactate and not lactic acid.

What actually causes the acidosis however, is the byproduct of ATP, CP & Glycogen breakdown.

When we use up these 3 fuels during intense activity, a greater accumulation of protons occurs.

That accumulation of protons is namely what causes the muscle burn.

What is the role of lactate?

Okay, if lactate does not cause the muscle burn, why is it actually accumulated by the body?

Well, the reason is this – It is a buffer for the muscle burn and furthermore, it can actually be used as energy.

At the final stage of glucose breakdown, there is an accumulation of pyruvate, along with protons from the breakdown of ATP.

That painful accumulation then must be neutralized.

To do that, each pyruvate molecules soaks up protons and CONVERTS to lactate.

Lactate production then, isn’t really something to blame fatigue on.

As I said, it is a buffer and a neutralizer for the so-unwanted acidosis.

On top of that, past the 90-120 second mark, lactate gets back into the energy cycle and gets USED AS ENERGY.

Lactate is NOT guilty of muscle burn during high intensity activities and furthermore, it is actually beneficial and gets used as energy.

Lactate: Not guilty as charged – https://www.unm.edu/~lkravitz/Article%20folder/lactate.html