Knowing how to cut and bulk by periodizing your training is a key part of your long-term bodybuilding success. (1)

The goal that every trainee has in mind, whether they are a beginner or a more advanced athlete, is developing a physique that combines all qualities – Size, symmetry, leanness, separation and detail.

But is it actually completely possible to achieve all of this at once, without introducing a sort of training cycle to your regimen?

Well, if you have superior genetics and follow some bodybuilding methods and principles, you can achieve such a physique without getting into deep detail about your training and nutrition.

However, most people have average genetics and their bodies’ response to stress does not produce as much of a result as with the genetically gifted people.

Anyway, what we’re trying to say is that for most people, gaining muscle and losing fat at the same time is not really possible. 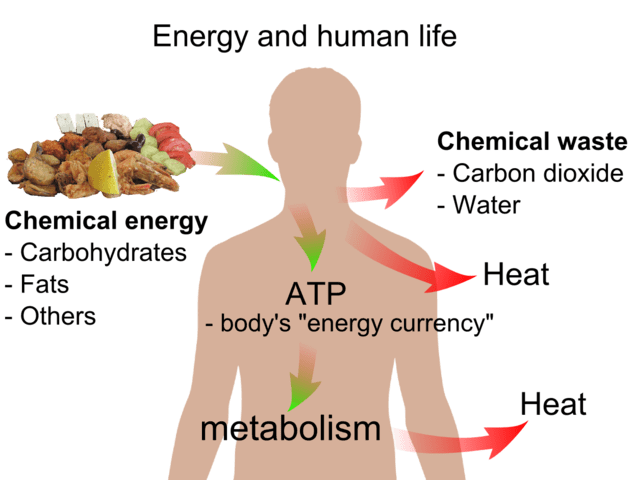 This in fact is due to simple thermodynamics, that apply to our biological system.

If you want to lose weight, you have to consume less calories than you burn, to create a deficit.

Muscle gaining is a process of supercompensation, meaning that you can’t gain while being in a deficit.

Then again, you can get to a lower body fat percentage by just gaining more muscle than fat.

Of course, there are exceptions to each rule.

Some beginners or very fat people may be able to gain muscle and lose fat simultaneously, but not in the long term.

We also need to note here that as our goals change, the approach to training changes along with nutrition.

And so, if you are cutting fat to get shredded, the stimulus of the workout switches from a constructive one for hypertrophy, to a maintaining one for lean mass retention.

This means less intensity and less sets to failure.

In other words, if your goal is developing a big, lean and pleasing to look at musculature, you need to go through a certain yearly training cycle, where you target each goal separately.

You might have heard this in the bodybuilding community – Periods of bulking (gaining mass) and periods of cutting (shredding fat).

This training principle which we can refer to as “training periodization” is something you should strongly consider, given that you already have years of experience in the gym.

How To Periodize Training 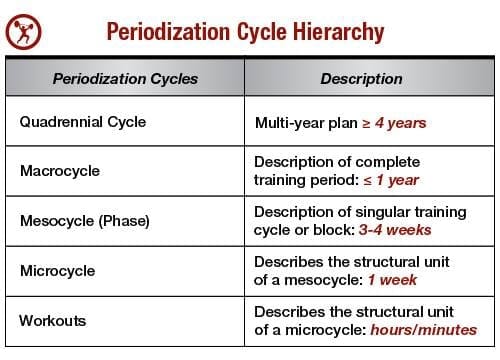 Alright, the training year can be split into a couple parts – Off – season, on-season and transition period.

The off-season, more commonly known as the bulking period is the time during which the main focus is gaining as much lean muscle mass as possible.

This period is characterized with a more intense training load, more effort and sets to failure.

Another important aspect of the off-season is the food intake, which is increased to an extent that allows for a moderate excess of calories.

Note that optimal muscle gains occur in a surplus of calories. (2)

500 calories per day however, should be considered the upper limit for that surplus.

This is simply because excessive fat gains will have us diet for longer later on, when we are shredding fat.

And logically, longer time spent dieting means more muscle loss, as the body burns both fat and muscle tissue on a deficit.

Alright, alright, you’ve gained some muscle mass but during that time you also gained some fat.

Your lines have started fading and the sixpack is soon to be gone.

That’s exactly when you realize you have to do something about that.

Well, we call it the “Shredding” period, during which the main goal is losing as much fat as possible with as little muscle loss as possible.

The fat loss allows us to showcase better muscle separation and detail, as well as that dry look.

This period is characterized by the slight decrease in training intensity and the increase in density.

In other words, that is more total weight (volume) moved for less time.

Such training parameters are achieved by first lowering the intensity, and then upping the number of repetitions (volume) and decreasing rest times between sets.

As already mentioned, the main goal during the cutting period is to get as lean as possible.

All of this with a goal in mind to have minimum muscle loss, as well as preventing metabolic damage. 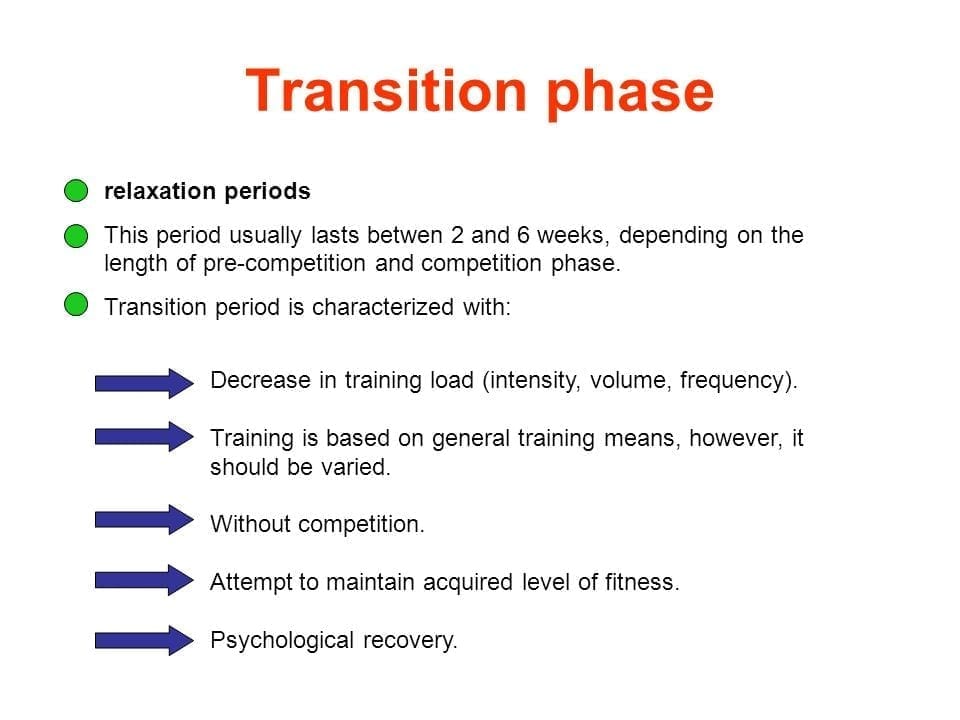 We’ve stressed on this before – The body doesn’t like drastic changes, as it can’t adapt momentarily.

This is exactly why, we tend to tell people that the transition period, between both periods, is of prime importance.

This is the period during which we get the body’s endocrine system and metabolism back to normal rates.

In doing so, we can successfully dive into a new off-season, with no sudden fat gains

Statistics show that most people who lose weight, gain it all back within the next 6 months.

Sometimes, it gets out of hand and the fat gain rebound is more than 100%.

This is the so-called yo-yo effect, which occurs if you suddenly cut back on your diet.

Regaining all the fat back is mainly caused due to the fact the body primes all its fat-storing system when exposed to a consistent deficit of energy.

In other words, your maintenance requirements drop and what was once your total daily energy expenditure (amount of calories per day to maintain weight) is now a caloric surplus.

To counter this, we introdue a transition period, during which we gradually increase our caloric intake.

On top of that, we also increase exercise output, over the period of 4-8 weeks.

We often see competitors brag that they gained 10 kilos overnight after a competition.

That however is nothing to admire, as such drastic weight fluctuations are not healthy. 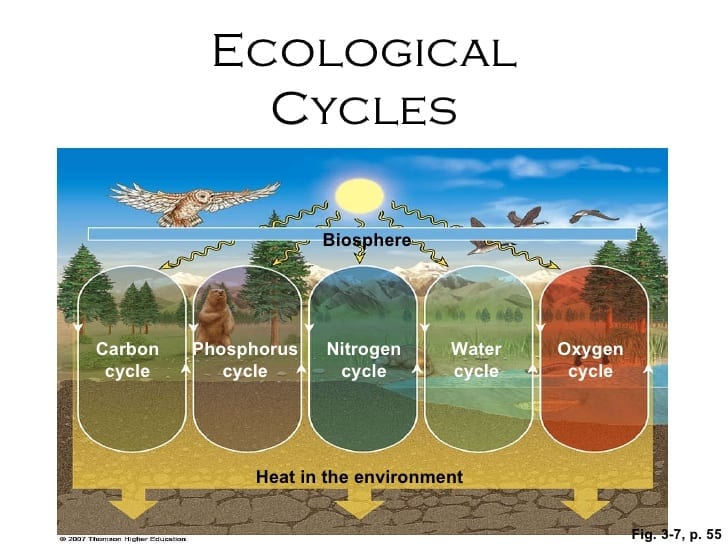 It is important to also remember that the seasonal changes have certain effects on our biology, meaning that certain seasons are better for certain goals.

And so, for example, we can suppose that the evolutionary, instinctive strive for gaining more fat and muscle tissue during the autumn and winter period, is caused by the adaptation to harsh conditions in the past, when there were no air conditioners.

On the contrary, the warmer periods tend to imply more physical activity.

This is why, even if you don’t track your diet, you might naturally lose fat during the spring-summer period.

From a competitive bodybuilding perspective, a year-round muscle building cycle will be suboptimal, given that you compete regularly.

This is why it is important to know how to bulk and cut.

Duration- 6-9 Months, can go to years if you are not competing

.As we already mentioned, the main goal during the off-season is creating optimal stimulus for muscular hypertrophy and increases in strength.

This is exactly why we train in the 70~85% range of our maximum strength capabilities.

Another important mention of course is having the intensity allow you to still complete each exercise properly.

Remember that proper contraction and stretch of each working muscle group is mandatory.

Furthermore, we have the approach to nutrition, which implies a positive energy balance, meaning a slight excess of calories.

We have to consume a solid amount of proteins (0.8-1g per lbs), as well as carbohydrates to fuel our workouts.

Duration- 5-20 weeks, depending on the amount of fat that needs to be cut.

During this period, we need to create a proper environment in the body, which will support optimal muscle retention.

This means a slight decrease in intensity, as intensity by nature is stressing and constructive.

By decreasing intensity, we have room for more repetitions and less time for rest between sets and exercises.

The goal is 30-50 seconds of rest between sets and exercises.

This so-called “density” leads to richer blood pumps of the working musculature.

And needless to say, more blood abundant of nutrients replenishes the muscle and helps retain it.

Furthermore, this approach to training, can be combined with methods like peak flexion.

With peak flexion, you essentially hold the contraction of each muscle.

This will account for a better, more detailed development of the muscle, as well as improvement in the mind-muscle connection.

Another important aspect of the shredding period is the diet, which inevitably has to put us in a deficit of energy.

That deficit is the main thing that allows the body to tap into its energy reserves – Fat.

We need to make sure that the deficit comes at the expense of carbohydrates (mostly) and fats.

This is important, as proteins have to remain at the same amount or increase, in order to support muscle retention.

The upper daily limit for our caloric deficit is about 400 to 500 calories.

A deficit in moderation allows for gradual, healthy rate of weight loss and avoidance of muscle loss.

Then again, the deficit must not take away our ability to perform optimally on both physical and mental levels throughout the day.

Duration- Lasts For 3-8 Weeks, Depending On The Time You Took To Shred down

Overall, the goal with the transition period is to slowly introduce more stress in your workouts and more energy from food.

During the shredding period, your training intensity is in the 65-70% range.

Once you start transitioning, you can slowly go into the 75%+ intensity range.

On top of that, you will also start introducing progressively longer rests in between sets.

Those are up to 90 seconds, as opposed to the shredding period, where we rest 30-50 seconds.

Now, with shredding, the body starts slowing down the metabolism and all the mechanisms responsile for fat gains are primed.

The transition period implies a slow and gradual increase in food, by up to 100 calories per week.

And so, binge eating after you’ve reached the desired shape, is a no-no.

Instead, you will slowly increase the energy input, while monitoring progress and adjusting the food intake as needed.

Alright, if you are past the beginner stage, odds are that newbie gains don’t work for you anymore.

You are now striving to develop a well-built, harmonic physique that flows well.

Building the muscle mass itself is a matter of sticking to a surplus of calories.

Furthermore, you have to progressively manipulate your training parameters to demand more of the body.

However, during that period, you might also gain some fat.

This is because the body is supercompensating to become ready for a bigger load than the one it was exposed to.

This is exactly why, if you want to achieve the best muscle gains & the best shred game, you have to split things up.

To do that, we separate both goals in two different periods, as they can’t occur simultaneously, especially if you are natural.

Both periods imply seasonal behaviors, as well as changes in the training parameters & nutrition habits, in order to create stimulus for the desired outcome.

If you are not sure what your goal is, check out our article on Powerlifting vs Bodybuilding