Knowing how to bring up your weaker body parts is one of the fundamental ways to create an overall well developed physique.

In our previous article, we mentioned that split training is one of the best ways to skyrocket your physical development.

This is due to the fact that it allows for an abundance of exercises under different angles and with more sets and reps.

Now, everyone has different development and lacking muscle groups.

This is exactly why, if the goal is a pleasing overall development, both functional and visual, we have to focus on those weaker groups.

Getting the weaker, lacking muscle groups up to par with the stronger ones, will allow for optimal overall development.

The easiest way to bring up lacking body parts? Prioritizing them, simple as that. 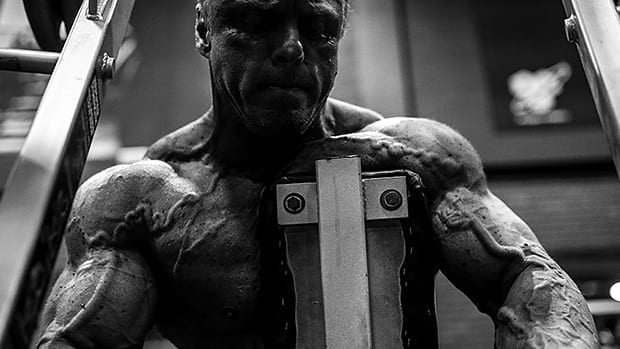 Here are some solid, actionable steps that you can take in order to prioritize the development of your weaker muscle groups.

1.Objectively look at your physique

Often times, the filter from the bias towards our own development may hide what is actually lacking.

Try and objectively look at your physique and figure out which groups look worse, compared to the rest.

Even if its a muscle group that you don’t like training, accept the fact that overall development will require you to do so.

2. Place them first in the training split

Alright, in the article on training splits, we mentioned that with a 3 days on 1 day off split, you have to basically tailor it to your individual needs.

What we mean is simply prioritizing the weaker muscle groups by putting them on the first couple of days of the training split.

That is to say that if for example, you’ve been loving to train chest for the past year and skipped legs, then you can place your legs workout on day 1 or 2 of the training split, to bring them up.

Some muscle groups like the calves are just stubborn.

Adding quality volume to the training day for those specific lacking muscle groups is one of the best ways to create positive stimulus.

One of the factors that make it or break it, is the effort you put in.

Effort is correlated with intensity, which is one of the primary parameters we’re looking to optimize.

Generally, the sets we do must not be too easy, but not too hard as well.

Find a sweet spot where you take it almost to failure, with 1-2 reps in reserve and above the 6 rep range.

Alright, let’s suppose you are one of the so-called ‘bros’ who just love training upper body and especially arms.

You look quite buff with a shirt because after all, the arms are what shows when you’re with your clothes on.

Once you take  the shirt off however, the game changes.

The lack of development in the rest of the body is in plain sight and for example, the chest is just barely defined.

This is due to the fact your dominating triceps take all the tension during pushing movements.

Your V-taper is just nowhere to be seen and you’d rather not have to show your legs, because you’ve been skippin’ .

Well if you recognize yourself here, let’s see what we can do for your chicken legs syndrome.

On day one, we place the weakest muscle groups, in that specific case – The quadriceps, hamstrings, calves and glutes.

If you’re an arms workout lover, odds are your chest and back are lagging, because the biceps and triceps take away from their work.

Now, rest assured that placing them on day two is not sub-optimal, contrary to popular belief.

As a matter of fact, the heavy legs workout on day one may just create a bigger endocrine response.

This means that we will boost the workout on day two.

Note that it is better to train your shoulders AFTER the day you train chest.

That’s mainly because they are one of the key components during compound pushing movements for the chest.

However, the chest is not as engaged in vertical and lateral movements for the shoulders.

For this reason, it is better to place the shoulders on the day after chest.

With this example training split, we suppose that your weakest muscle groups are in the lower body.

Then, we follow up with the chest and back, and then the best developed muscle groups are the biceps and triceps, as well as delts.

By applying this split consistently, we start bringing up the lower body more, while also prioritizing the lacking upper body groups.

Eventually, what will come out as an end result to the individually-structured training plan, is an evenly developed physique that is pleasant to look at.

Remember that an overall developed physique looks better than a physique that has one or two strong points.

With the priority principle, we realize the idea of developing an aesthetic, proportionate physique, by eliminating weak body parts. 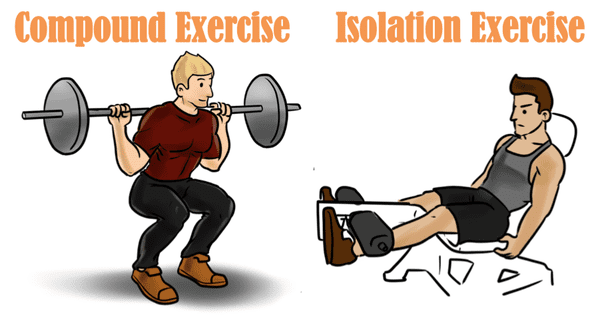 Alright, as you should know, compound exercises should be the main emphasis when the goal at hand is building mass and strength.

However, isolation exercises do have their place in our training regimen.

That is why we should consider them to be just another weapon to add in our arsenal.

Yes, the stimulus from compound exercises is bigger, but there is just something about contracting each muscle individually.

After expressing the priority for the weaker muscle groups, by putting them first in the split and using higher levels of intensity, volume and effort, we can apply the isolation principle.

By isolating the separate, lacking muscle groups, we are able to further emphasize on their development.

It is worth noting that while we consider compound movements to be constructive during the bulking period, isolation exercises can be emphasized on during the cutting period.

That is simply because they help bring the fine details, but also allow for less stress on the central nervous system, which is important when we are in the caloric deficit, required to lose fat and get leaner.

Isolated exercises also have a more prominent iso-tension phase at the peak flexion of the muscle.

This allows for better mind-muscle connection which accounts for better workouts as a whole.

Below, we will give you our suggestions and top picks for isolated exercises for each muscle group. 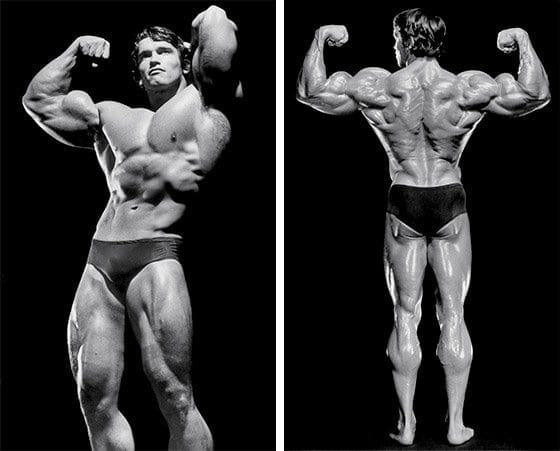 There is only one way to go when the question is how to bring up weak body parts – Set them on the top spot of your priority list!

You can do that by placing them first in the training split, as well as the workout, but also, include more workload by manipulating the training parameters.

Needless to say, doing compound movements is important when it comes to creating that muscle mass, but doing fine tuning is just as necessary.

This is exactly where you can implement the isolation principle by including a couple of isolated sets, after having significantly loaded the lacking muscle groups with compound movements.

Ultimately, in doing so you will achieve a deeper mind-muscle connection, which will then allow for better workouts overall.

Last but not least, we can emphasize on the isolated exercises during the cutting phase, when the goal is losing fat and getting leaner and more defined, as they will help bring those details.

To learn more about this, check out our article on How to get shredded