Hafthor Bjornsson, more commonly known as “The Mountain” is famous for his role in the TV series “Game Of Thrones” and his amazing feats of strength.

Now, this gigantic Icelander looks like a demi-god, who has always been this big and strong, but the truth is… He too started somewhere.

In today’s article, we’ll take a quick look at The Mountain’s progression, from his younger years, leading up to his current accomplishments.

Back to the past 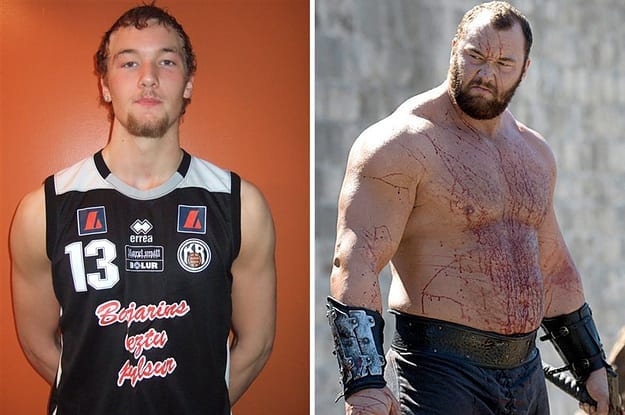 Before he became “The Mountain”, Hafthor put his superior genetics to use in the basketball court, where he was a professional player in Iceland’s first division.

According to The Mountain himself, during his younger years as a basketball player, he was still taller than everyone else and his weight was circling around and slightly above the 100 kg mark (225 lbs).

Hafthor is currently close to 400 lbs., however, in an interview he also mentioned that even though he’s been training all his life, he made substantial muscle gains only after quitting basketball.

This is probably due to the mainly aerobic mode of work during basketball workouts, where mainly, the cardiovascular and respiratory systems are improved. 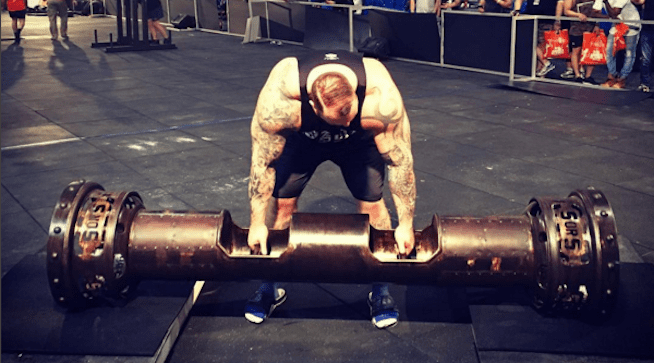 His enormous frame was a huge advantage on the court, but even so, he did not neglect putting the work in.

“I was a bit crazy and trained a lot. Probably three times a day- Before school, then afterwards and I was lifting weights at night.”

However, due to recurring ankle injuries, which required medical intervention twice, he decided to take time off from the basketball court and let his body heal.

After he gave up his basketball dreams, Hafthor wasn’t quite sure what to do with himself.

He figured he could continue doing what he could do best- Doing heavy, frequent workouts.

Instead of getting back to the past however, he focused mainly on workouts in the weight room to improve his body composition and physical properties further.

“I just fell in love with the weights and training hard, I started to put on muscle and gain strength quite fast. I saw results.”

From that point, his gains skyrocketed and he almost doubled his weight, while becoming tremendously strong as well. 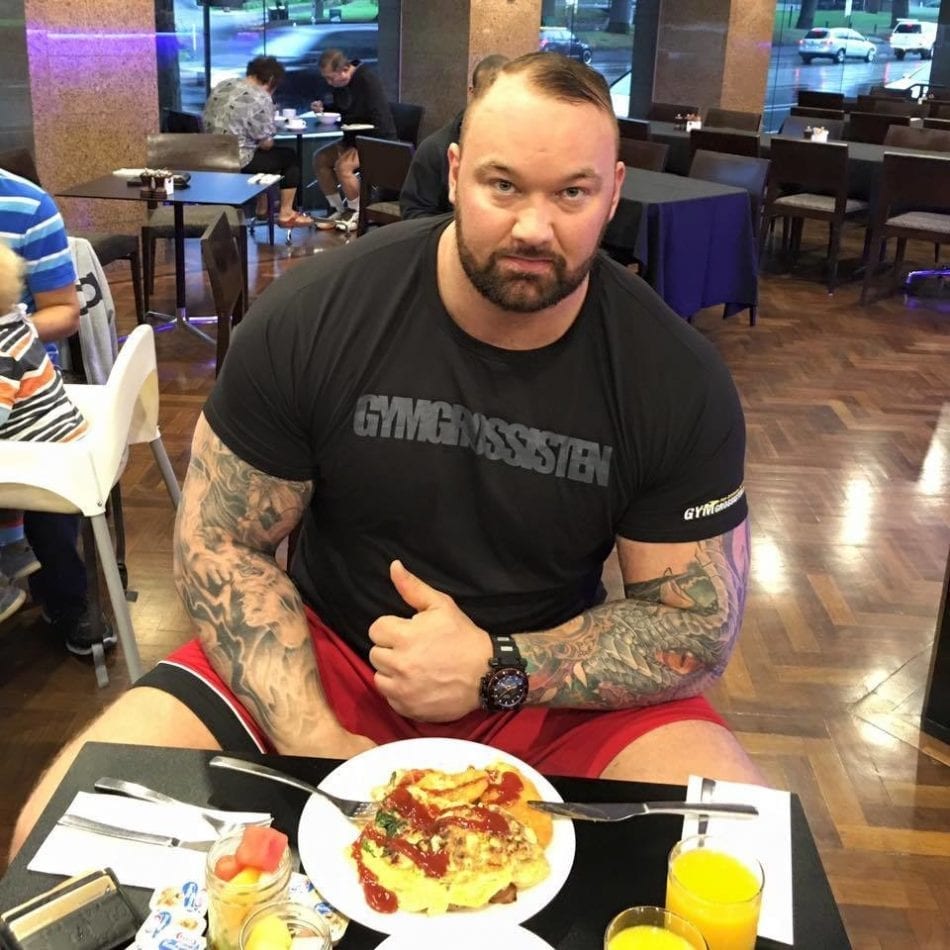 Needless to say, such a big specimen that is under a heavily active workout regimen, requires a lot of food.

“I eat a lot of sweet potatoes. A lot of meat, fish, chicken and healthy fats like almonds and cocoa butter. I love greens like spinach, avocado, broccoli.”

The Mountain eats healthy and he eats a LOT. How much exactly you may wonder?

This man himself said that if you don’t eat enough, you simply won’t grow enough, which is exactly why, he eats every two hours… Just to maintain.

The Mountain isn’t afraid to admit that he has used steroids in the past, because according to him:

“If you want to be the best, you have to do whatever it takes.”

As of today, though, The Mountain relies on a mix of cardio, weight & flexibility work.

And that makes sense, if you think about it. The human body was made to move, not stay in front of a monitor, or just lift a weight from Point A to Point B.

“If you ask me about my regimen, it will be hard to answer, because my workouts are different every week.  If you always train the same, the body gets used to it and you stop seeing results.”

After having won the “World’s strongest man” competition in 2018, Hafthor is now focused on improving his current physique while getting stronger.