If you have read my first article on this subject, you know that having sex when you are a gargantuan bodybuilder comes with certain difficulties. For those unfamiliar I suggest going back and checking out that article. Foregoing a drawn out intro, let’s jump right into it. 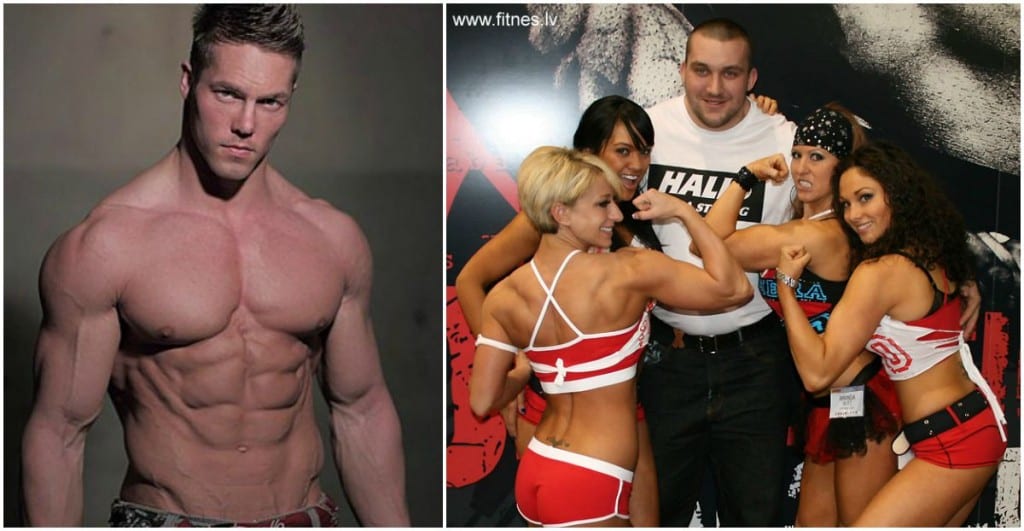 It’s no secret that the better shape you are in, the more you sweat. Your body is always use to action so it’s ready to drench you in sweat as soon as you perform the slightest task. That being said, do you know what most women dislike? Sweaty balls.

Nothing will kill the mood faster than having a single droplet of salty taint juice snail trail your significant others chin. Now men are disgusting animals who are unaffected by trivial matters such as renegade genital juice getting on their bodies. I’m pretty sure most men could get stabbed during sex and would still keep hammering away. Women on the other hand tend to be more delicate creatures. The mood has to be just right for them. For men in general it’s sex or no sex, and sex usually wins. Does that dirty bar skank have questionable hygiene? Hit the hot spots with a baby wipe and let’s get to business.

Women though will not put up with such atrocities. They use all of their senses to the fullest potential in order to enjoy sex. That errant ass smell, rogue ball hair that’s longer than the rest, and yes, those oh so sweaty genitals are all distractions to your woman. They can and will prevent her from truly enjoying the bumping of uglies that you worked so hard to get her to agree to.

Do you want her to gobble down your pork sword? Fat chance if she goes down there and is subjected to a drippy, glistening, freshly buttered looking flesh trombone. Would you want to go down on a chick who appears to have been swimming in the the great salt lakes? Of course not! That’s probably not going to stop you from going down there anyway, you savage. It just means you would rather not deal with the warm fluid being excreted from her pores.

Have you ever tried lifting up a chick for some sexual rabbit hop type shit after leg day? How about performing your civic duty of missionary position after a intense bench press day? Nothing can bring a sexual romp to a grinding halt faster than getting an intense muscle cramp.

Not to mention how moronic you look when you keep kicking your leg out during doggy style because of your hamstring cramping up. It makes you look like your name is little Jeffy and this is your first time ejaculating into something other than a banana peel. Women don’t generally dig it when you are flailing your limbs around like your tourettes are kicking in a bit too hard from all the brain damage your pre-workout abuse has caused.

Now I know most guys aren’t just disgustingly letting their bowels blow rectal cologne all willy-nilly like, especially during sexy times. The thing is though, if you are a bodybuilder, and you eat tons of high protein foods/powders, you are going to be busting all kinds of rancid ass throughout the day. Obviously for the civilized among us this isn’t much of a problem as we control it, but accidents do occur.

Statistically speaking, if you have enough sex eventually a little poot may escape your man hole cover during a moment of passion. Hopefully the lovely young lady who you have decided to passionately ravage doesn’t have her face anywhere near the danger zone during your barely excusable exhaust backfire.

Even if she has steered clear of the blast radius and is blissfully unaware of the sewage leak, the smell will catch her attention pretty quickly. Protein farts are the most dastardly of odors that the body is capable of conjuring up. She may pretend she doesn’t smell it, but I bet you her vagina will become drier than a gas station hot dog once your putrid sphincter bomb reaches her nostrils.

Bodybuilders love pre-workouts, energy drinks, natty beast milk, all of that good stuff. One big problem though is that too many stimulants can mess up your sex life. Mainly, your boner control. I can’t imagine a more shameful experience than bringing some dime back home, get all hot and bothered, only to have the hydraulics in the ol’ love pump break down.

I suppose you could always try thumbing your Johnson rod into her love slot but how effective is that? It would be like banging her with the arm of a Stretch Armstrong doll. If I had that happen to me I’d just take my limp noodle, sling it over my shoulder, and take the walk of shame as far away as I could get. It would be like some kind of sad Forrest Gump movie knock off walking across the country, dead snake in hand.

5. You get tired very quickly.

Perhaps you are bulking and avoiding any form of cardio, or maybe you are cutting and the calorie deficit has you feeling weak, either way you might not be in tip top shape for doing the horizontal monster mash all night long. Intense training can really wipe you out. And to be honest, sometimes you just don’t want to knock boots.

Sure, you can avoid doing the nasty during these times by not going out to pick up chicks for a ride on the midnight meat train, but what if you have a steady girlfriend/wife. You can’t really avoid sex in that situation or your lady might think you are cheating on her, or she’ll end up at my house. (Just kidding. I have a very lovely and violen…nice girlfriend who won’t stab me in the face with a samurai sword if a skank were to show up at my doorstep.) You have to give your woman attention from time to time and it doesn’t matter how tired you are. You better get the job done!

I’m sure all the alpha males out there in the comments never have any of these problems. They are all some kind of sexual tyrannosaurus and have the dick game of the gods. These are the same guys who bench 350 lbs with no warmup and workout 7 days a week 365 days a year. I will say this though, there’s no shame in experiencing some of these things. You just might not want to go around telling people.

But… if you would like to share some of your hilarious sexual misadventures I’d love to hear about it. Everyone would! Except little Jeffy, it makes him all twitchy.

Author: Caleb James for BroScience. See more from him here.