Hafthor Bjornsson is currently preparing himself to face Eddie Hall in a boxing match which will take place in Las Vegas, September this year.

In his preparation he faced 30-year old professional fighter Steven Ward “The Quiet Man” who has the record of 13-1.

Hafthor and Eddie have both dropped a significant amount of weight for the fight and have retired from strongman.

This is the first footage we have seen of Hafthor in a real fight against a professional boxer.

Of course Steven had the edge over Hafthor being a veteran in the sport.

However, Hafthor did surprisingly well if you consider the fact that he is not an experienced boxer and just started training for the boxing match a few months ago.

Hafhor’s punches seem to be kind of slow and that may be an area he is focusing on fixing before the fight with Eddie Hall.

The fight was held in Dubai due to covid restrictions in Iceland.

Here is the fight, definitely an interesting fight it was, Hafthor just beat the deadlift world record a few months ago and now he is transforming into a boxer.

Hafthor just critisized Eddie Hall about a week ago for his training method.

He says that Eddie Hall isn’t training right for the match, he is just smashing punching bags and not boxing with someone who can hit him back.

Eddie Hall may be shorter than Hafthor but he has experience when it comes to boxing.

This experience Eddie Hall has could be a game changer as Hafthor only started his boxing training around half a year ago.

It will be interesting to see if there will be more exhibition fights before the big fight of Hafthor and Eddie.

You cannot really speculate who will win that fight unless we can see both guys fighting in a real boxing match.

Either way this fight that Hafthor had against Steven Ward just builds up excitement and hype for the big fight against Eddie.

We hope that both men can come injury free and in their best shape this September. 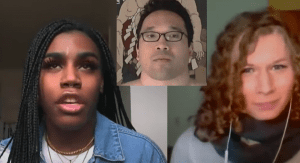