Aesthetics is a major part of bodybuilding, perhaps the most important aspect in the sport as a whole. While modern day bodybuilding has a tendency to focus on bulk, an attribute with it’s own merits, the classic ethos of bodybuilding was about shaping the body into as aesthetically pleasing a form as possible. The classic bodybuilders like Reg Park, Steeve Reeves, Arnold Schwarzenegger, Sergio Oliva, as well as many others all trained to obtain a form that they, as well as the general public, could be pleased with. They all came from a time that emphasized slim waists, broad shoulders and a chiseled form, attributes that most men aspire to have.

When you’re speaking about aesthetics and the classical bodybuilding form, there’s no way you can avoid bringing up one the most aesthetic bodybuilders of all time, the great Frank Zane. A three time Mr. Olympia winner, Frank was the epitome of the aesthetic bodybuilder, a man who looked carved out of granite. His physique was impressive enough to even topple Schwarzenegger before he became the a force of nature on the Olympia posing stage. Frank was streamlined compared to his larger counterparts, but he was no less impressive because of that. What he lacked in size he made up for in symmetry. 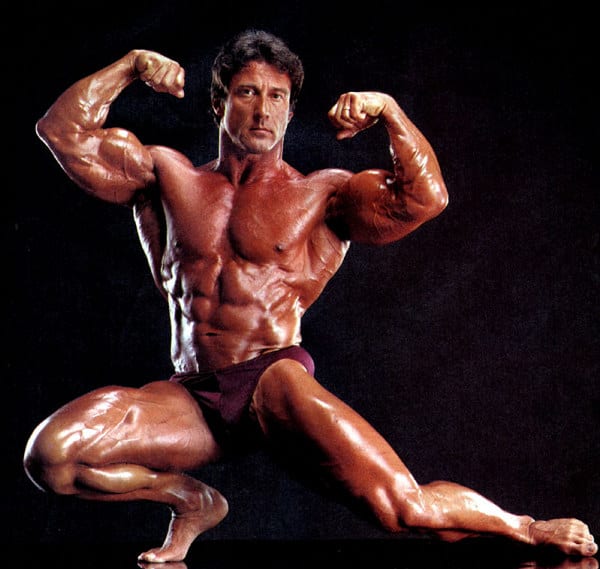 For those out there who are fans of the great Frank Zane or with a love for the classic form then you won’t want to miss this interview with the former Mr. Olympia champ. He discusses his training routines, his time on the posing stage, the current state of bodybuilding and much more. Do yourself a favor and take a look at the video below.