Mark Bell, began his weightlifting journey ripped and jacked. But as the years went by it became more and more popular in his community to be strong. That’s when his passion for powerlifting started, and that’s also when he started to gain weight. A lot of weight. Eventually he had the “fat strongman” look, we all know that look. 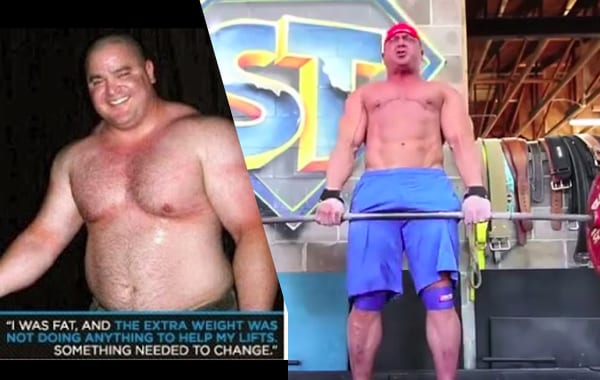 As the years went by he became sick of it, he became sick of not seeing his d*ck because of his big belly. It was time to leave the heavy, fat Mark Bell and become the shredded Mark Bell again. He began his weight and fat loss journey. See this super interesting interview below: