Many people do not recognize the foods to avoid before bedtime. So you’ve had a long day at school or work and you are finally back home. It’s time to kick back, relax and turn on the TV. Finally some time to yourself! But wait, what’s a late-night TV session without your favorite snack? So you walk to the fridge and pick out your favorite.

What’s the harm in a little treat at night?

After all, you ate clean all day long so you deserve a little treat! Only one problem – that snack you are about to eat is going to absolutely destroy your physique. It’s not just about the calories – even if it’s within your daily macro target it can still result in fat gain based on the time of day it is being consumed.

Check out the article below for some common foods people like to eat and the impact they have on your body. These are the foods to avoid before bedtime.

5 Foods To Avoid Before Bedtime

Dark chocolate has been getting a lot of hype lately as a good snack given that it is loaded with antioxidants that are good for our bodies. They can help improve overall health and ward off various sicknesses. Having said that, there is a time and place to consume dark chocolate and it’s not before bedtime.

Chocolate contains stimulants like caffeine which will make it hard for you to get to sleep. If you eat it shortly before going to bed you might end up lying awake in bed for several hours, missing out on that much-needed sleep. Remember that getting enough rest is absolutely critical to your success whether that be cutting fat or gaining muscle.

Your body does most of the muscle repair when you are sleeping not to mention it releases a lot of helpful hormones like testosterone- Read about testosterone here. As a result, if you are eating something that impacts your sleep pattern you are seriously shooting yourself in the foot. Instead, eat dark chocolate during the day where it won’t impact your sleep. 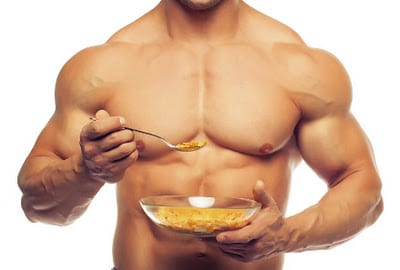 While cereals are traditionally consumed in the morning as a quick, easy breakfast many people also reach for them as a late-night snack. However, if you are doing this you will only help that stubborn stomach fat stay right where it is.

The problem with cereal is that it is loaded with added sugar – which is the worst thing to eat when you are looking to lose fat. What makes matters worse is that your metabolism is already running at reduced speeds late at night, so that sudden insulin boost will make you very likely to put on fat.

As an alternative go for homemade popcorn. While the stuff you get at movie theaters is loaded with butter, the homemade variety is much healthier, contains little calories and is a source of slow-digesting carbs. Avoid the microwave popcorn snacks that contain a lot of strange chemicals and trans fats. Instead get the type that is cooked on the stovetop or the pre-popped bagged variety.

Ice cream is a popular choice for a late-night snack and we can see why. It’s delicious, easy to prepare and reasonably priced. However, consuming this stuff is one of the worst things you can do to your body – particularly late at night.

They are loaded with sugar which will spike your insulin levels at a time when your metabolism is slowing down. Additionally the sugar will spike your energy levels which will keep you up later. As a result you will get less sleep and won’t get that crucial recovery time your body needs. Also, some brands contain caffeine which will amplify the stimulant effect and ruin that precious beauty-sleep.

As an alternative try consuming cottage cheese. Although not the most aesthetic looking food it is loaded with casein protein which is a slow-digesting protein source. As a result, your body will take a long time to break it down which will keep you feeling nourished throughout the night. It’s also very filling so you will be less likely to have a late-night binge session that destroys your calorie deficit. 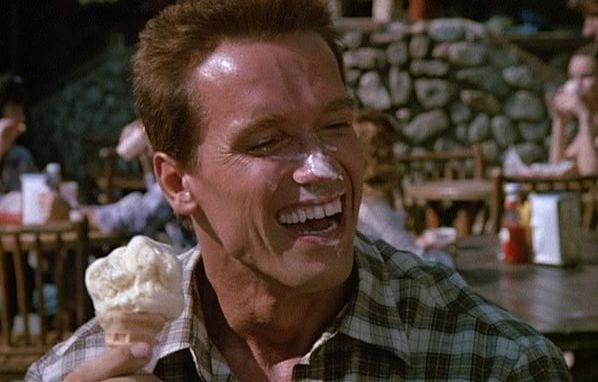 Pretzels can seem like a tempting snack. They are easy to munch on and taste delicious. Also they must be healthier than those BBQ potato chips, right? Apparently they aren’t so healthy as it turns out. The problem with pretzels as that they are loaded with simple carbs which tend to spike your insulin levels.

Given that most people will consume these at night when metabolism is slowing down this spike can cause you to put on more fat and mess up your sleep. Also, eating from the bag can be very dangerous as you aren’t keeping track of how many you are consuming.

As a result you will often end up eating way too many and be left with a huge calorie surplus.

Instead of pretzels try having a seaweed snack. They are crunchy and tasty just like pretzels but have way less calories. In fact, they are so low in calories that you can throw back an entire package without messing up your daily macros.

Yogurt is another popular choice for people late at night. It’s convenient and tasty and it’s supposed to be healthy, right? The problem with most yogurts is that they contain a lot of added sugar which we have already explained messes up your physique. What makes matters worse is that people tend to add fruits and granola to yogurt which only adds to the sugar you are consuming.

Instead try consuming greek yogurt. It’s loaded with casein protein and as long as you don’t get one with added sugar it will actually help keep you feeling full throughout the night.

So, are you serious about getting shredded?

If you’re one of the few people that are actually willing to do what it takes to become a shredded beast this summer.

Then you will make sure you have your diet game on point. Including making sure not eating those before your bedtime.

However like you probably already know getting rid of those extra pounds of fat can be a frustrating process. Unless of course you’re a professional fitness model with full time specialists working for you around the clock.

Until now that is to say of course.

With recent advancements in the supplement industry, companies have actually created fat burners that really work when shedding away those last few pounds of fat.

However, beware of companies that use ineffective fillers in their supplements. Because not all supplements are created equal. You can read more about fat burning ingredients that ACTUALLY work in our guide here.

Have you been consuming one of these foods late at night? If so, you haven’t been doing your body any favors. The good news is that you might just have identified what is responsible for your lack of gains and you can quite easily correct it by replacing it with a better late-night snack.

Of course there are more foods to avoid before bedtime but these are the top 5 common ones.

Switch out those sugary, high-calorie late-night snacks for one of our suggestions and you will be on your way to correcting one of your biggest diet weaknesses.

Make sure to avoid these foods before bedtime not only to keep your body fat lower but also overall health.

The Female Bodybuilder Who Often Times Gets Mistaken For A Man