As a powerlifter who tips the scales at more than 300 lbs, David Douglas was a Marine and is still a beast. It didn’t take long after he got the chance to meet Lindsey that the two became great friends. Naturally, David’s nickname is “The Beast” and it is easy to see why. Despite having massive muscles all around his body, it is his heart that appears to be his strongest part.

“People looked at me as strong when everything about her was stronger. Instead of putting those words off to the side, I decided to put it right on me to make the point even louder.” – David “The Beast” Douglas 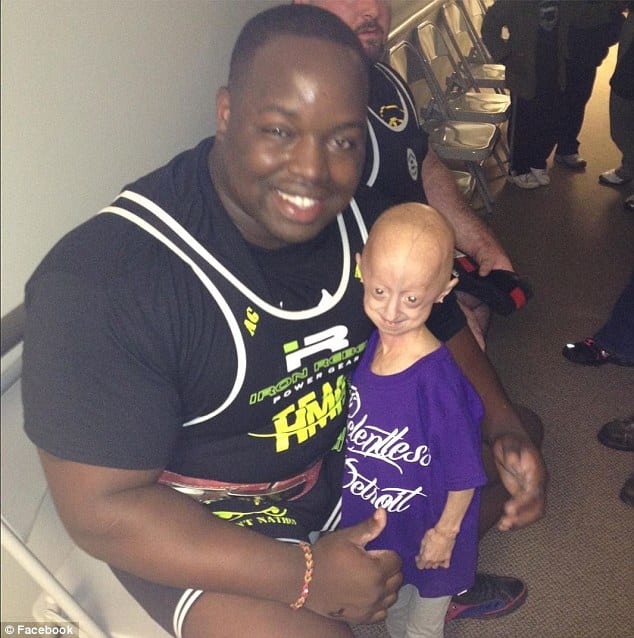 The two friends were first introduced to one another during a powerlifting meet that was in aid of those children that are afflicted with certain diseases. Lindsey is a sufferer of progeria, a very rare condition that leads to her ageing approximately 8-10 times quicker than is normal. This means that the person living with this condition will typically only live to 13 years old. Lindsey’s story was so moving that David had to become steadfast friends with her. The way in which he talks about her will move anyone. 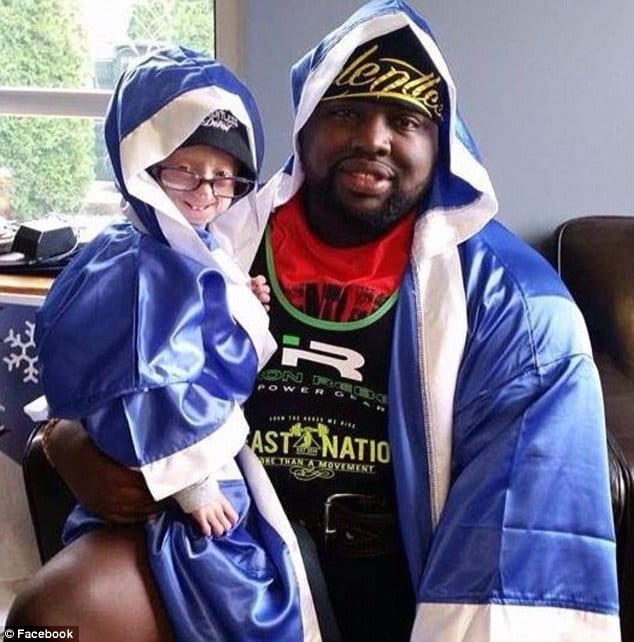 Talking to Aplus.com, David explained how the entire relationship unfolded:

“Back in early 2013, I was going into my 7th year in the Marine Corps, stationed out in California. I was going through so adversities in my personal life. I remember being down on my luck. Shortly after, I was contacted by another Marine Corps veteran and police officer, Tommy Westhoff, who happened to be the promoter for Relentless Detroit at the time. He asked me if I had heard anything about Relentless before and began telling me all about it. Then he blessed me with the opportunity with the chance to be a lifter at the upcoming event in November of that year in Detroit. I couldn’t have said yes faster. I felt like that would give me a purpose and not just going out and lifting weights. He made it a point to (tell) me that it’s not about how much you can lift at these meets, it’s about making the kids feel like superstars. It’s their day. I was all about that. Months leading up to this event i was fundraising and Tommy contacted me again and told me that a family and their little girl who they were sponsoring that year wanted to meet me. I couldn’t stop smiling and told him to let them know I can’t wait to meet them.”

If you wish to contribute to Lindsey’s family, you can do so here.

Ever since their first meeting, they are best pals.

“Lindsay became my lil sis since day one,” Douglas writes. “I knew she meant something to me, but after everything that has happened, there is no words to describe how I feel about her. She has pulled me out of rough spots just by thinking of her. That is a priceless gift. That is why I made it my duty to help her out in any way that I can. We tried hard to get her on the Ellen show so that we could spread her story of this rare condition to the world, but fell short, but still truly hoping to get on there. One of Lindsay’s favorite shows.”