For some reason fat loss and myths seem to go hand in hand. Every time we overhear a conversation about fat loss, whether it’s between bodybuilders or non-bodybuilders, half of what is being said is just plain wrong. Usually this stems from people looking for a quick solution to a problem that takes much longer to fix properly. Unfortunately everyone is different and as a result it’s hard to make a blanket statement that applies to everyone. Just because one guy does well on carb cycling, for example, doesn’t mean all of his friends will too.

Since we’ve been hearing more fat loss myths than usual lately, we’ve decided to put together this list of the most common myths along with an explanation as to why they are bogus. If you have been struggling with your diet, or plan to go on a diet in the near future, make sure you read this article. There is a good chance many of the beliefs you have about fat loss are just plain wrong. 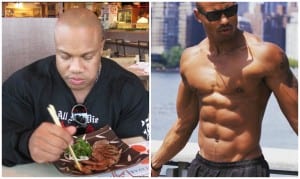 It’s pretty easy to see how this myth became so popular. Carbs are associated with energy and since we tend not to be doing much moving around late at night it would make sense that these calories would be stored as fat. As it turns out this just isn’t true. It doesn’t matter what time of day it is – your body will metabolize carbohydrates the same way. Studies have shown that consuming carbohydrates in the evening does not lead to increased fat gain compared to people who consume them at different times in the day.

As you start to lose fat, your body will begin to slow down its metabolism. This is simply an evolutionary function – your body is trying to hold onto those last few pounds of fat in case of an emergency. These days, however, flood is plentiful and the chances that you will starve are pretty low. Unfortunately there’s no way of telling our bodies this so we will just have to work around it.

For some reason, people feel that the best way to fire up the metabolism is to have a cheat day. The rationale is that if your body suddenly takes in a bunch of calories it will assume that it is safe to raise the metabolism. Now, this does actually work but only when you do it strategically and with clean foods. If you simply chow down on a bunch of junk food you will go way over your daily calorie limit and gain fat. On the other hand, if you raise your daily calorie intake slightly and consume additional complex carbohydrates your metabolism will increase without the fat gain of a “cheat day”. That’s not to say you can’t have the occasional cheat meal. What we don’t want you to do, however, is turn it into a cheat day and overeat.

One of the best ways to make sure your metabolism doesn’t drop when dieting is to take a natural fat burner. These products contain ingredients that will help keep your metabolism running at 100% so that you don’t have to keep cutting calories lower and lower. Click here to get more information on our favorite fat burners.

Myth # 3 – It’s All About Calories In vs Calories Out

We always get questions from guys that go something along the lines of “If I eat junk food all day but my total calories consumed is below maintenance, will I still lose fat?” Again, this stems from trying to find an easy solution to a more complex problem. The truth is, yes your weight will decrease – but it won’t necessarily be fat. You see, the types of food that you eat determine whether you will lose muscle, fat, or both. It’s pretty typical to lose a little bit of muscle even on a clean diet. However, if you are eating nothing but junk food chances are you will lose just as much muscle as fat. This is how guys end up with the dreaded skinny-fat physique – they look skinny with a shirt on but fat without a shirt on. 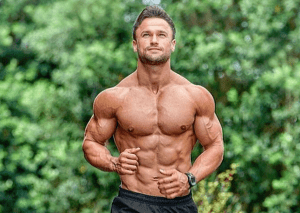 Myth # 4 – Fruits Should Be Avoided Due to Sugar

While it is true that fruits are high in sugar they are also loaded with many important vitamins and nutrients. For example, blueberries are packed with antioxidants which will actually help you lose fat faster and feel better overall, despite the fact that they also contain sugar. If you are concerned about the sugar intake from fruit, consume them after you workout when it is actually recommended to spike your insulin levels. Mix in some berries with your post-workout shake and you will get the best of both worlds – an insulin spike to help with protein absorption and tons of useful nutrients.

A lot of bodybuilding experts tell you that you should be eating every 2-3 hours. We’ve even heard some extreme stories of guys waking themselves up in the middle of the night to eat. (Note: Don’t actually do this, the testosterone production you get while sleeping is far more important).

The reality is that whether you have one big meal or split it into two smaller meals will have a negligible impact on your metabolism. The real reason you should eat more frequent meals is so that you are less likely to overeat at one point in the day. However, if you are currently eating every 3 hours to make sure your metabolism stays high you are wasting your efforts. If you are concerned about your metabolism dropping, take a natural fat burning supplement instead.

Fat Loss Myth #6 – One Diet to Rule Them All

It never ceases to crack us up how people feel the need to argue endlessly over which diet is the best. You have the low-carb high-protein crowd, the high-fat low-carb crowd, the intermittent fasters, the paleo crew, etc.

They all stick to their diet plans religiously.. until they find something that works better. Our observations have led us to conclude most people don’t necessarily know for sure their diet is the best but they argue that it is to justify the fact that they are using it.

The truth is that everyone reacts to diets differently and the only way to find out which one works best for you is to try them.

Studies have shown that while one person might experience extremely high blood sugar levels from some foods, others do not have the same response.

Therefore it’s impossible to just implement the same diet a buddy of yours used and expect to get the same results as he did.

It’s possible that it MIGHT work for you but it’ll take some experimentation and personalisation before you can safely conclude it’s the right diet for you. However, once you do find one that works you need to stick to it.

Fat Loss Myth #7 – A Calorie is a Calorie

A lot of people seem to think that all calories are created equally. They reason that it doesn’t matter where your calories are coming from – in order to lose weight you just need to make sure you eat below maintenance. However, this has been proven to not be the case.

Your body has to work a lot harder to break down calories that are close to their natural form – which is why you need to avoid highly processed foods.

By making your body work hard to break down foods you are going to boost your metabolism and therefore burn more calories throughout the day.

Additionally, by consuming processed foods that contain added sugar you are going to boost your blood sugar levels and increase the chances that you put on fat.

Traditionally in the West we consume three meals per day – breakfast, lunch and dinner. There might also be some snacks mixed in here and there, but generally speaking most of the calories were consumed at the three major meals.

Over time the bodybuilding community convinced us that consuming food throughout the day was the way to go. This included the three traditional meals along with pre and post-workout snacks and some other stuff mixed in here and there.

The idea behind this was that it kept the metabolism working hard and thereby resulted in more calories being burned and a fuller feeling throughout the day.

However, some newer studies show that people who eat many times over the course of a 16-hour day are more likely to put on fat compared with those who restrict their eating to an 11 hour period.

The more you eat throughout the day, the better the odds are you will go over your daily calorie requirement and end up with a surplus. If you find that eating throughout the day is helping you lose fat and also stops you from going to the fridge and eating junk food then keep doing it however it doesn’t mean that it works well for everyone. 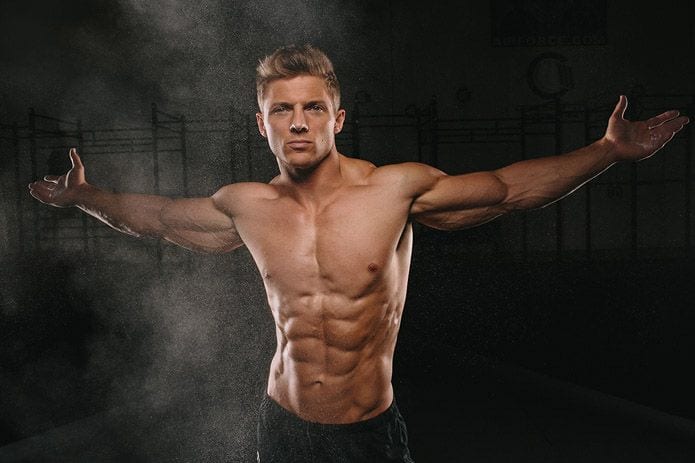 Fat Loss Myth #9 – You Can Eat Anything in Moderation

This is a classic line that people who don’t want to make permanent changes to their diet like to quote. However, how many of the people who say it actually have a truly great physique?

Not many. The idea is that you can eat junk food like cookies, ice cream and pizza as long as it’s not too often. The problem is that “too often” is different for everyone – some people will actually put on fat just by having these foods once every few weeks!

There are also a number of studies that show that people who eat these kinds of foods are more likely to put on fat even if they stay within their daily calorie requirement. All that to say you are best off sticking to a solid diet and limit these foods to rare occasions if you want to shed that belly fat.

Most fat burners do not work and the reason for that is that most supplement companies are trying to make money off people and put cheap and ineffective ingredients in their formulas.

There are however proven ingredients out there that you should be consuming for greater fat loss.

These ingredients are most of the time a bit pricier than the cheap formulas you see people writing bad reviews and complaining about all the time. That is the reason fat burners have a bad reputation.

However, the one’s that actually contain the correct ingredients can help you achieve your fat loss goals much much faster. So that you can reveal those ripped abs and sculpted shoulders all women drool over.

Make sure if you ever supplement with this kind of a supplement that it contains at least these proven ingredients.

We have made a complete guide on fat burning ingredients that work, make sure to know what to look for before purchasing an outdated and an ineffective formula. – Don’t waste your money on a product that doesn’t work, read our guide here.

As mentioned, a lot of myths stem from people trying to find shortcuts. The truth is that fat loss doesn’t happen overnight. It took a long time for you to put the weight on and it also takes time to lose it.  Just stick to the proven fat loss principles, take a fat burner, get plenty of sleep and you will be well on your way to having a beach-ready body.