If you just clicked on an article that has two unfamiliar names, well, here is what this is all about.

On top of that, Eddie is the current deadlift world record holder, having managed to lift 500 kg under strongman rules 3 years ago in 2016.

Even though the man weighs more than 2 times the average, mature male human being, he still manages to lift 3 times his own bodyweight.

This 31 year old man is one big specimen.

On the flipside, we have Brad Castleberry. 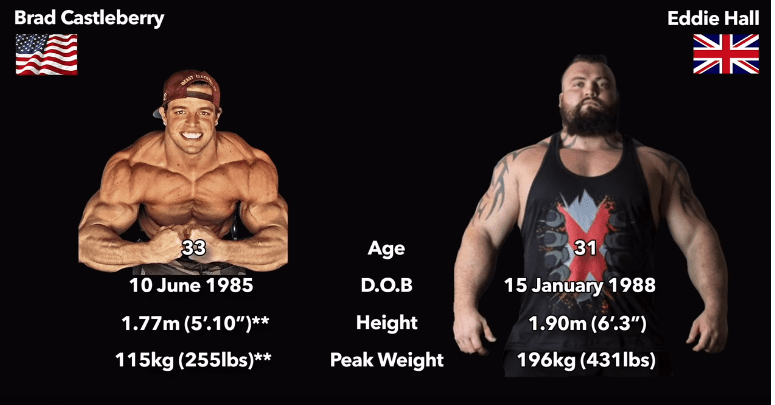 Brad Castleberry, is an internet-famous American bodybuilder and powerlifter.

The former football player turned to a semi-successful bodybuilding and powerlifting career.

Even though the man is obviously strong and weighs a solid 255 lbs at a height of 5’10”, he has sparked a lot of controversy on the internet.

Nonetheless, he seems to be a nice person, who diversifies the workouts, rather than sticking to the same routine. 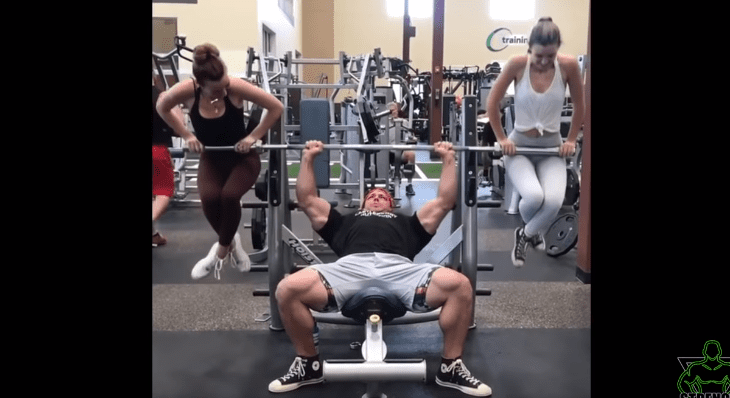 His nickname is “Mr. Fake weights” , as obviously, his strength is unbelievable to begin with.

But how will he hang against the gynormous Eddie Hall, who literally dwarfs him?

Well, check out the video below to see these two beasts doing what they do best and compare them for yourselves.