Considered by many to be one of the nicest guys in movies—Dwayne Johnson’s phenomenal physique has powered him through football, wrestling and acting success.

Yet how does he both build and maintain his awesome ripped body?

Join me, as I expose the shocking truth behind his steroid use—and the insane diet and workout program of this bodybuilding superstar.

There are two crucial characteristics that exemplify the Dwayne Johnson workout plan—cardiovascular exercise and weights.

Rising every day at around 4 am—he’s on the cardio within thirty minutes of waking. Dwayne explains that the amount of time he concentrates on this heart-boosting exercise depends on the requirements for his current movie role. Typically, he’ll spend 30-50 minutes on his elliptical trainer.

After breakfast, the Dwayne the Rock Johnson Workout continues with weightlifting.

He focuses on heavy iron, unusually combined with high rep volume. The majority of his exercises work on a minimum of four sets—with a ninety-second break between each.

His distinctive and enormous criminal-crunching biceps are a result of an intense Dwayne Johnson arm workout. Here’s a typical example:

The Dwayne Johnson workout routine includes training the back hard. He believes this area is often neglected by bodybuilders—yet it’s essential for secondary muscle strength, stability and power.

For the Dwayne Johnson leg workout—check out Saturday’s exercises in the following training program. 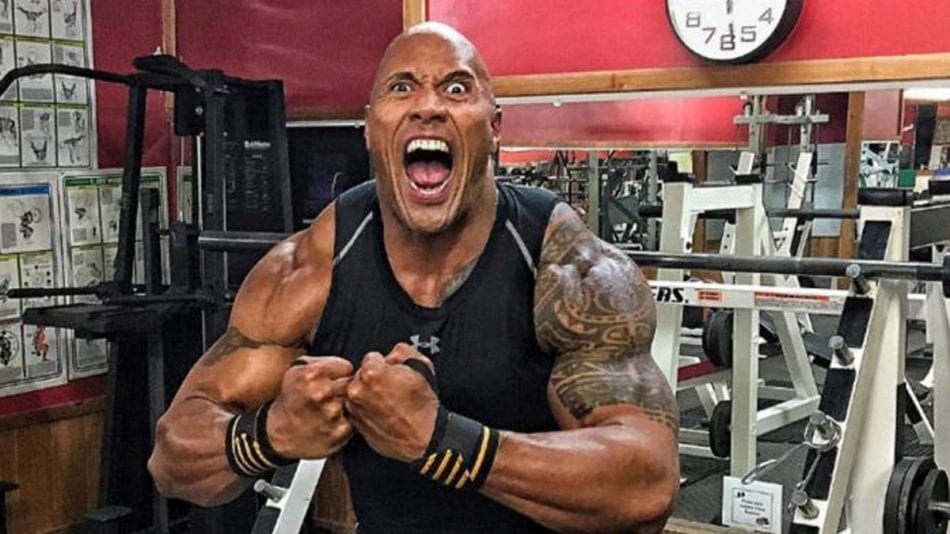 In 2014, Dwayne took the titular role in the movie Hercules—a character previously played by the legendary Mr. Universe, Steve Reeves.2

For this character, The Rock developed his own Dwayne Johnson Hercules workout. This meant increasing both his training volume and intensity. Followed over the course of six months, Dwayne was hitting the gym six days per week.

Here’s how he built the son-of-Zeus physique:

Take a look at this immense motivational workout video from Dwayne:

Light cardio—20 minutes on an elliptical machine or treadmill. 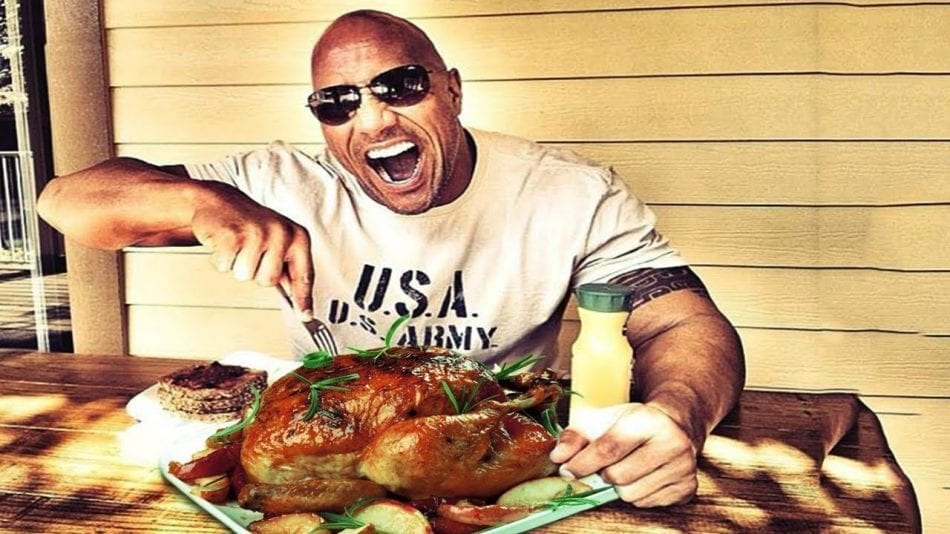 Eating six to seven meals are essential to meet the requirements of the Dwayne Johnson daily diet—with every portion carefully measured to hit his macro targets.

Take a look at Dwayne Johnson talking about his Hercules diet: 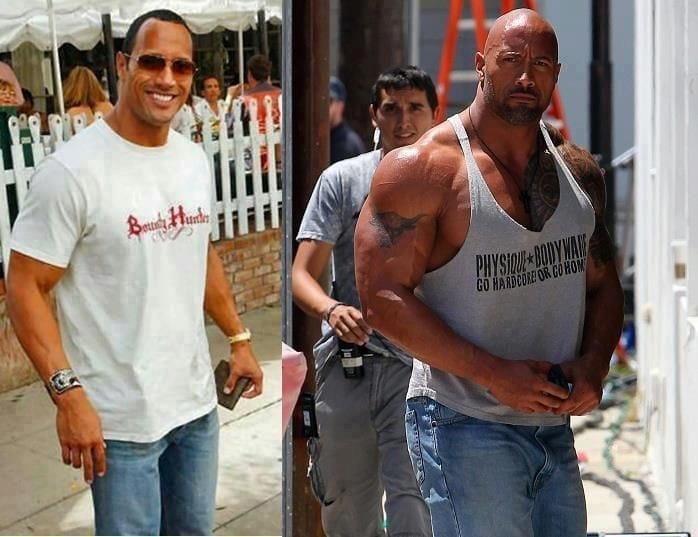 Is Dwayne Johnson the Rock on Steroids?

In an interview with Fortune in 2014, Dwayne Johnson admitted using steroids.3

However, he stresses that this was during his naive college years at the age of 18. Since then, he professes to be completely clean. He hits back at those claiming that he’s juicing, saying:

“You get a lot of people out there who will suspect, and say shit…they want to negate the hard work you put in.”

So, is his impressive physique purely down to a remarkable Dwayne the Rock Johnson diet and training plan?

Over the years, his skin appears to have darkened, his skull appears squarer and his traps look unfeasibly large. All of which may suggest steroid use.

But, considering his popularity with the younger generation, it’s unsurprising he denies using illegal synthetics.

Dwayne Johnson Before and After Transformation

Throughout his adult years, Dwayne has always been muscular.

His career, starting as a footballer in the early nineties, through to wrestling superstar and then movie actor—meant he’s consistently been working out.

His size has therefore altered due to his employment and film roles. Here’s a glimpse of Dwayne throughout the years. 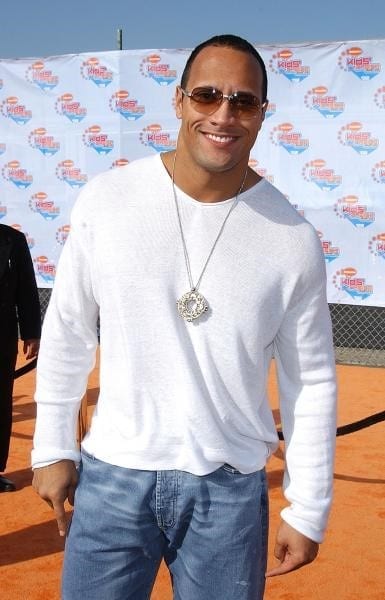 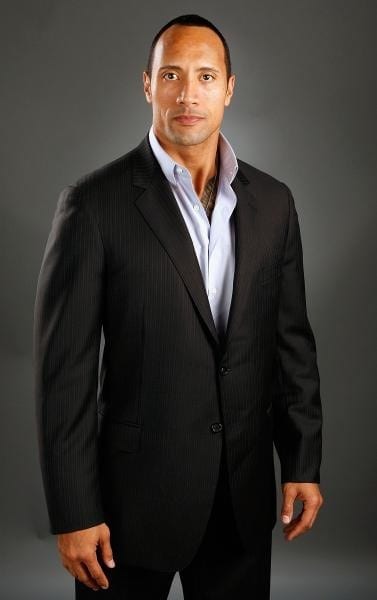 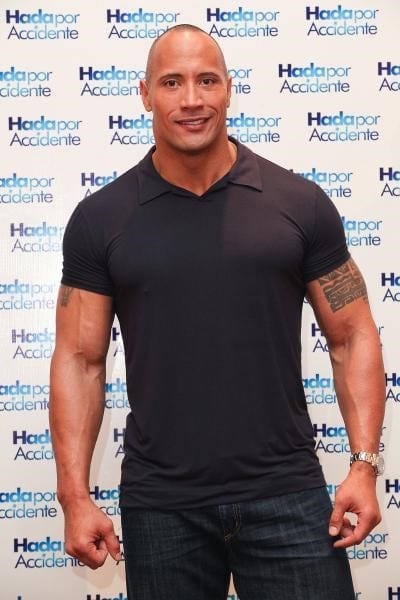 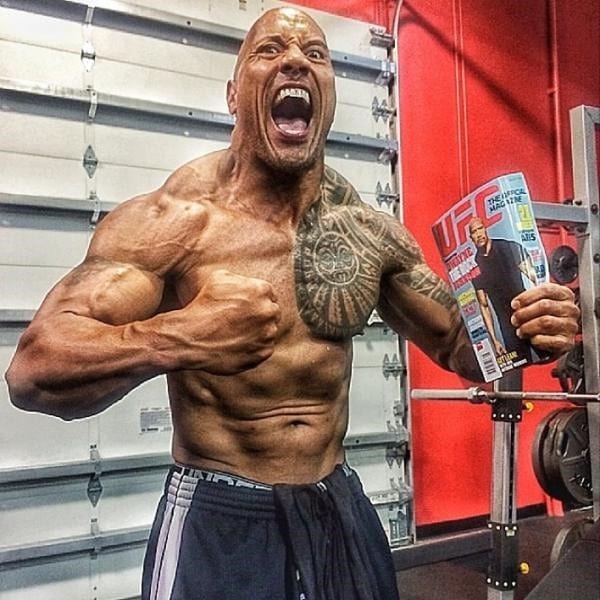 The Dwayne Johnson meal plan is reinforced through supplementation.

In a 2018 interview, he admitted his products of choice were:

Furthermore, he reveals on Twitter that his go-to brand is Optimum Nutrition.

“When you walk up to opportunity’s door, don’t knock it. Kick that bitch in, smile and introduce yourself.”

“The road to success and greatness is always paved with consistent hard work. Outwork your competitors. Be authentic and above all else, chase your greatness.”

“Blood, sweat and respect. The first two you give, the last one you earn.”

“I’m always asked, ‘What’s the secret to success?’ But there are no secrets. Be humble. Be hungry. And always be the hardest worker in the room.”

“What Is Dwayne Johnson Workout Routine?”

The Dwayne Johnson diet and workout includes training five to six days per week and consuming meals that are meticulously measured and weighed.

“What Workout Equipment Does Dwayne Johnson Use?”

In his numerous home gyms (yeah, he has more than one)—known as Iron Paradise 1, 2, etc.—most of the machines are made by Star Trac, while the free weights come from the Iron Grip stable.

“What Does Dwayne Johnson Use for Pre Workout and Protein Powder?”

When discussing the Dwayne Johnson diet plan, the man himself has admitted on Twitter to preferring supplements from Optimum Nutrition.

Furthermore, he favors whey protein isolate over other forms.

“How Much Does Dwayne Johnson Workout?”

The Dwayne Johnson diet and fitness regime involves him training five to six times per week—depending on his current movie role.

“What Kind of Workout Does Dwayne the Rock Johnson Do?”

The Dwayne Johnson workout combines lifting heavy with high repetitions. He assigns one day per week to each of the major muscle groups.

Additionally, every day begins with around 30 minutes of cardio work. 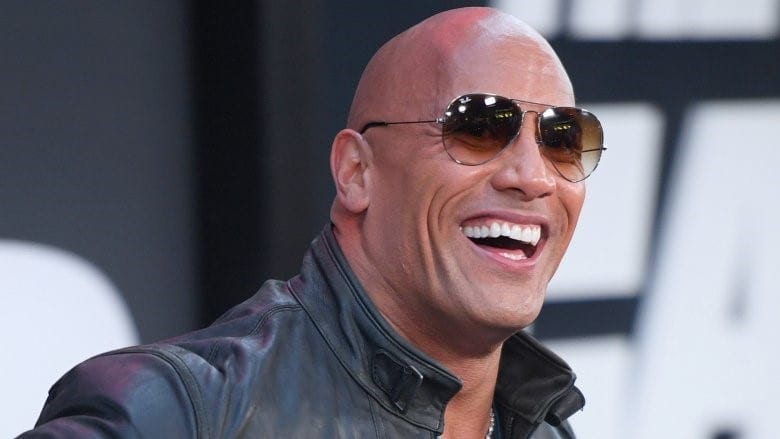 Listed at number 25 in Forbes’ Top 100 Most Powerful Celebrities—Dwayne Johnson’s charismatic personality and talent have powered him to international movie success.

Yet, some of this credit also has to go to his incredible physique.

Dwayne’s dedication to physical perfection is emphasized through the meticulous detail he applies to his diet and training regime. He continually adjusts and tailors these crucial components dependent on his current silver-screen employment.

If we can learn one thing from Dwayne Johnson—it’s that application and commitment—while tough—delivers immense rewards.