[Article via our bro’s at SpotMeBro] Most dudes start lifting because they think getting jacked will help them get laid, and it will, to a certain extent. After a while, it starts becoming more important to impress other dudes in the weight room. The enlightened individuals that stick around, are the ones who eventually come to the realization that the only good reason to do it is for yourself.  Enlightenment aside, the question is still up for debate, are girls attracted to muscle? More specifically, are the girls you actually want to f*** attracted to muscle? 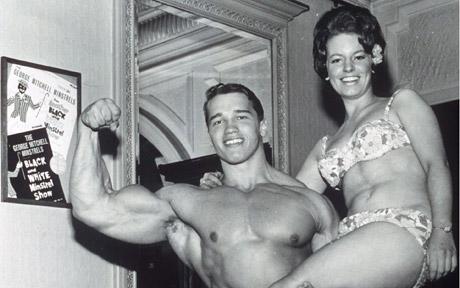 There is of course no true scientific answer to this question; human sexuality is far too variable. Women are attracted to different things, in different cultures, at different stages of their life, at different times of the month. Generally women prefer dominant men, and there is certainly something to be said about extremely muscular physiques triggering primal emotions of submissiveness in women.  In most cases, a significant improvement in your physique will result in increased success with women. In my experience, there is actually a threshold of muscularity that can result in reverse prejudice and negative stereotyping once passed.  Lack of depth, lack of intelligence, simple mindedness, aggressiveness, insecurity, and narcissism are all perceived traits that the bodybuilder must now overcome. Unfortunately, most attractive women don’t realize what’s actually involved in obtaining a truly impressive physique. Many are ignorant to the fact that a bodybuilder is by definition a hard worker, enthusiastic researcher, and a relentless experimenter. The true attributes on display are goal setting, discipline, and follow through. 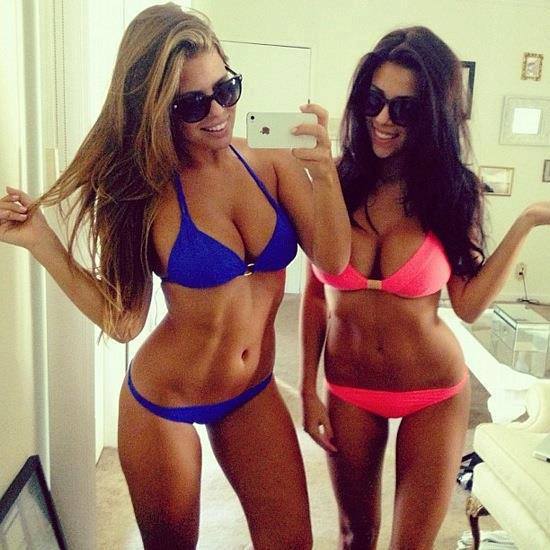 This leaves the muscle man with a golden opportunity. Overcome the initial negative impression, and you’re made in the shade. There is nothing women love more than the classic archetype of the battle hardened brute with a heart of gold. They want to know that at any moment you can bash them over the head with your club and drag them back to your cave, but you won’t. The attraction lies in the contradiction. It all comes back to the boring answer you’ve heard a million times before, personality is the most important factor in regards to getting laid.  Becoming incredibly fit and muscular is not the magic bullet most guys expect it to be. The truth is, the confidence gained by your accomplishments in the gym may have a greater impact on your cocksmanship than your actual physique. Don’t be completely fooled though, women are more concerned with appearance now then ever before. 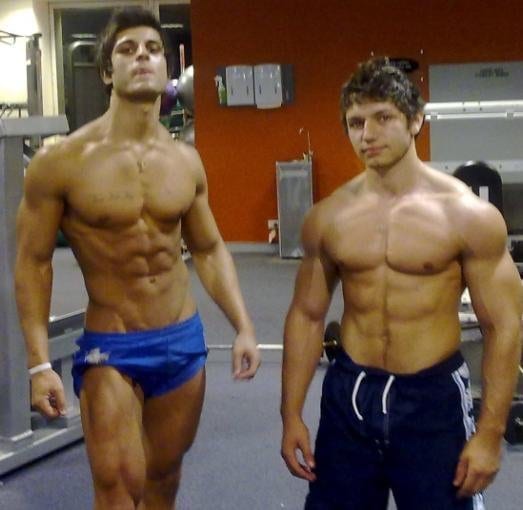 Women is pimps too

As women are becoming increasingly independent both financially and sexually, a cultural shift seems to be taking place where women value a man’s physical appearance more. There certainly seems to be a trend moving towards a more aesthetic model of physical attraction, where women are acting more like men in being visual in determining who they are going to have sex with. Women want the full package these days; dynamic personality, financial success, as well as a great body. Where does this paradigm shift come from? The portrayal of the ideal masculine physique has become increasingly muscular in popular women’s media. A study aimed at examining male body dissatisfaction (known in the bodybuilding community as bigorexia) found that, in the past 25 years, Playgirl centerfolds have cut about twelve pounds of fat and put on an average of 27 pounds of muscle. Studies show guys are becoming more and more self-conscious about body image, going to extreme lengths to alleviate the dissatisfaction they have with their bodies. 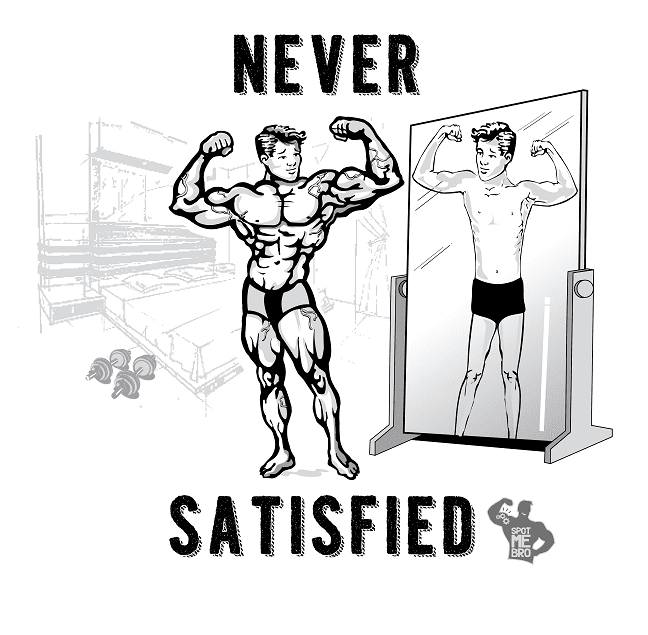 There exists a certain subset of the female population that are really into huge bodybuilders. The problem is that most of the girls that want to f*** you based solely on your musculature are nasty swamp donkeys, not exactly your target demographic.These types tend to be aggressive and are known to grope. Yikes. Women in groups such as bachelorette parties tend to take to more muscular man as well, but their motives are based more on a reverse objectification power trip than actual attraction. 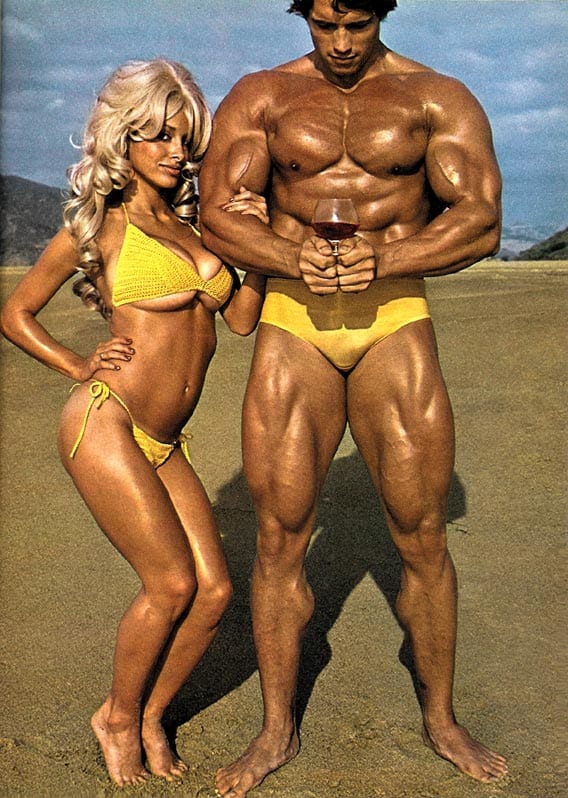 Most women don’t notice as much as you think

Hot chicks like a man with a great body, but what most guys fail to realize is that women don’t analyze men’s bodies with the same competitive eye that guys have when sizing each other up. It tends to be more of an overall judgment, as opposed to guys who can fall in love with a great ass or spectacular set of bouncing tits. Many men are disappointed to find that often women can’t tell the difference between an average body and an athletically trained body until you are in an intimate setting with your shirt off. Then it becomes a cherry on top, more of a closer than an opener one might say. One thing’s for certain, when she “accidentally” feels your abs through your shirt and gives you the look, you know you’re in a good spot. 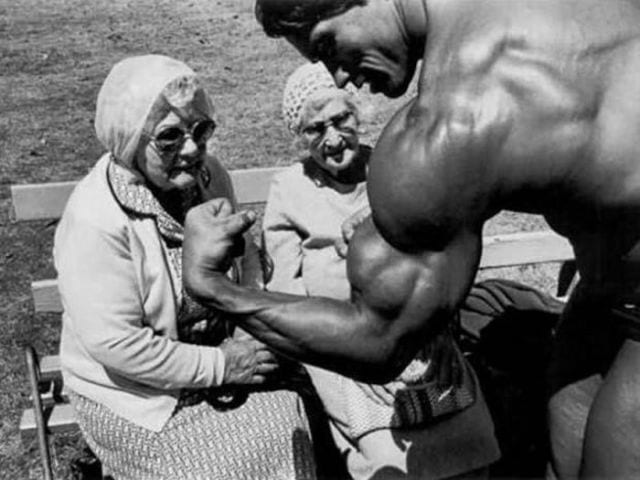 Not surprisingly, when women are polled they most often respond with the beach muscles; arms, abs, and chest. A large number of women also seem to like a man with a great ass. The problem is people’s behavior in real if life is not dictated by how they respond to polls and questionnaires. The truth is, overall factors play a far more important role in determining attraction than individual body parts. Attributes that convey strength and masculinity such as height and shoulder width are what really flip the right evolutionary switches. Can’t forget the much lusted after abdominal V-Taper, they love that sh*t too. 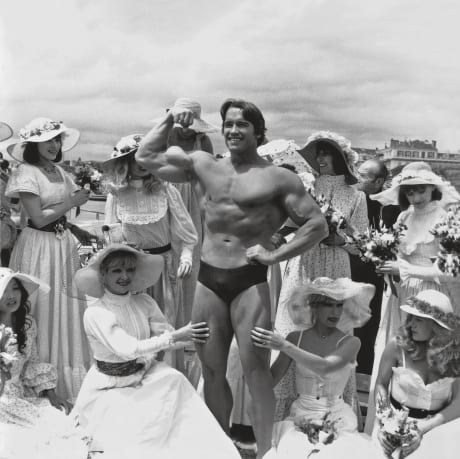 In conclusion, lifting weights will not magically transform you into a golden Adonis with women crawling at your feet, but if that’s the only reason you’re lifting, you’re f’d anyway.

Via our bro’s at SpotMeBro.com