Dan Bilzerian is not one to shy away from anything – literally anything – and he hasn’t again after he brutally fired shots with an Instagram post.

Bilzerian managed to get involved in some beef with the CEO of BodyBuilding.com Ryan DeLuca, after DeLuca ‘talked sh*t’ to Bilzerian via his wife’s phone.

Unfortunately for Ryan, Dan took to Instagram to publicly tag him in a very harsh post that had proof he’d slept with his wife. 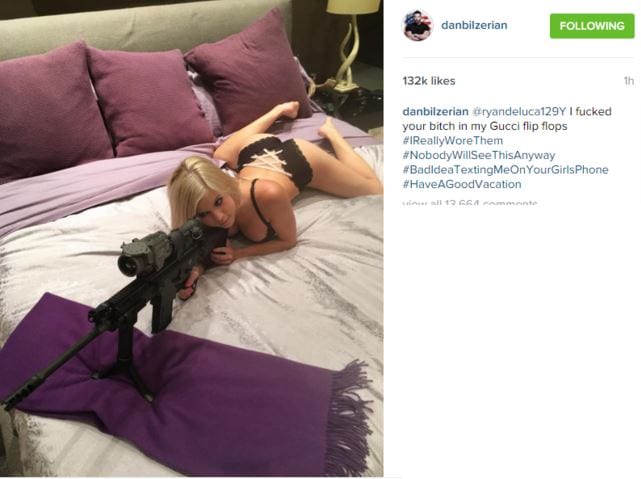 The post, which has since been deleted, was followed by another picture of Bilzerian’s Gucci flip flops with the caption ‘This is what happens when you talk sh*t to me on your girl’s phone’.

This is absolutely savage, is it too far?

1 thought on “Dan Bilzerian Slept With CEO Of Bodybuilding.com’s Wife and Posted Proof On Instagram”