Chris Bumstead is a phenomenon—seemingly appearing from nowhere in 2014 and winning Olympia just five years later.

From the moment this classically-built lifter demonstrated his Schwarzenegger-like vacuum pose—the bodybuilding world knew he was something special.

Yet, with a reputation of stealing away other guys’ girlfriends—Chris Bumstead may not be the entirely wholesome figure he likes to promote.

Born in Canada in 1995, the young Chris Bumstead was a keen sportsman—in school, he competed in football and track.

He explains that during these early years—he fell in love with gym work—enjoying both the physical transformation and the buzz it gave him. However, it was an outside influence that pushed him into competition.

“It wasn’t until I met my now close friend and sister’s boyfriend, Iain Valliere, that I even considered competing. He was and still is a huge mentor to me.”

He entered his debut competition in 2014 and gained his first title just a year later in the CBBF National Bodybuilding Junior Championship.

Numerous fitness magazines said that he was the guy to watch on the circuit—and they were right. Just five years later, Chris Bumstead became the Mr. Olympia Men’s Classic Physique champion.

Currently, he lives in California. It’s reported that the current Chris Bumstead girlfriend is the bikini model, Courtney King. Insiders allege that she left the online fitness trainer Steve Cook to be with him. 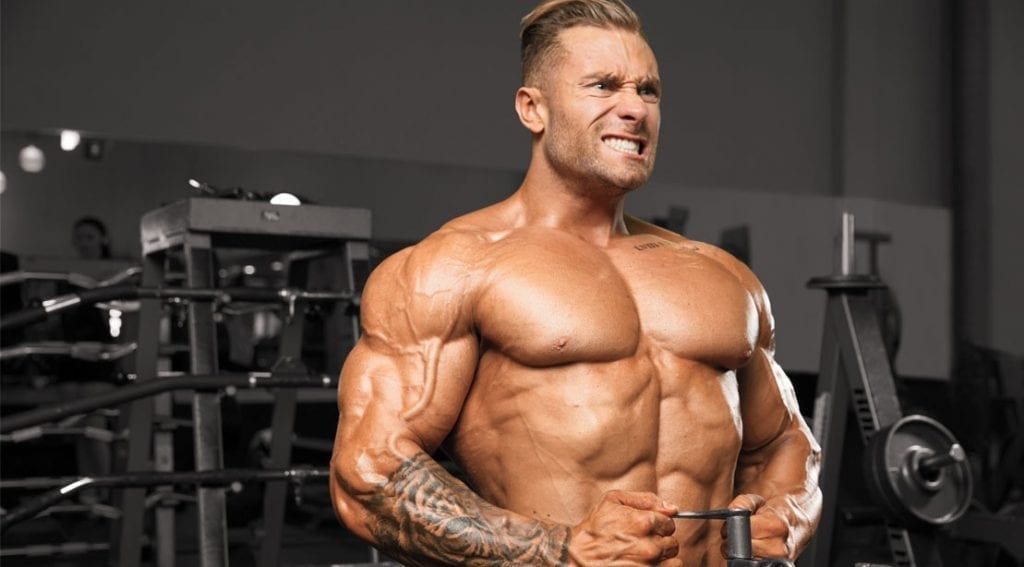 The Chris Bumstead net worth is estimated to be $5 million.

The Chris Bumstead workout follows a five-day rotation. That is, he works different muscle groups for five days, and then starts the program again.

This means that he rarely has a day off. He explains that the only time he allows himself a rest day is if he’s feeling completely exhausted or ill.

He favors compounds exercises and recommends to his Instagram followers that, if short on time, they concentrate on squats, dumbbell presses and barbell bent-over rows.

Here’s an example of his five-day rotating program:

Take a look at Chris Bumstead working out his back at the legendary Gold’s Gym, Venice, California.

This is how Chris Bumstead achieves those massive shoulders:

Here’s an in-depth look at the Chris Bumstead quad workout: 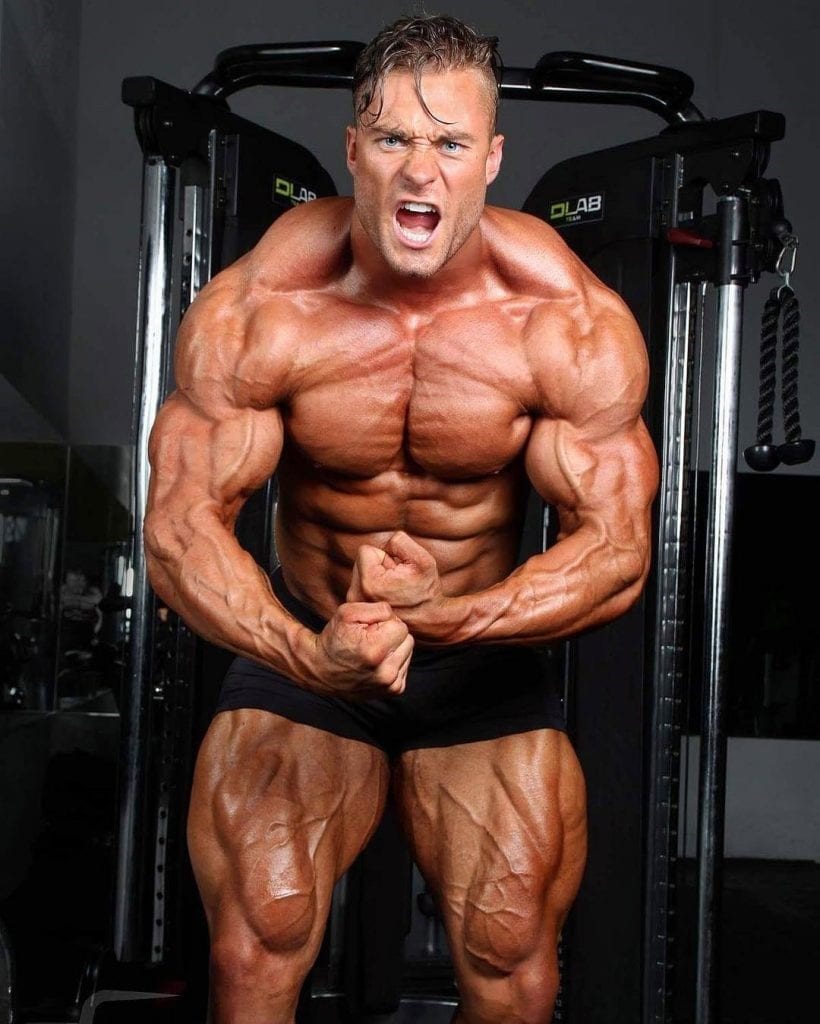 When bulking, he aims to hit around 6000 calories per day. Often, he will knock back some hefty carbs just before a workout to power him through his training.

Wherever possible, he tries to remain strict with his diet—especially when leading up to competition. This includes avoiding any new or unusual foods in his meal plans—as he says,

“It’s key not to add in new foods close to a competition because I don’t know the effect it can have on my body.”

Here’s a typical day from the Chris Bumstead diet: 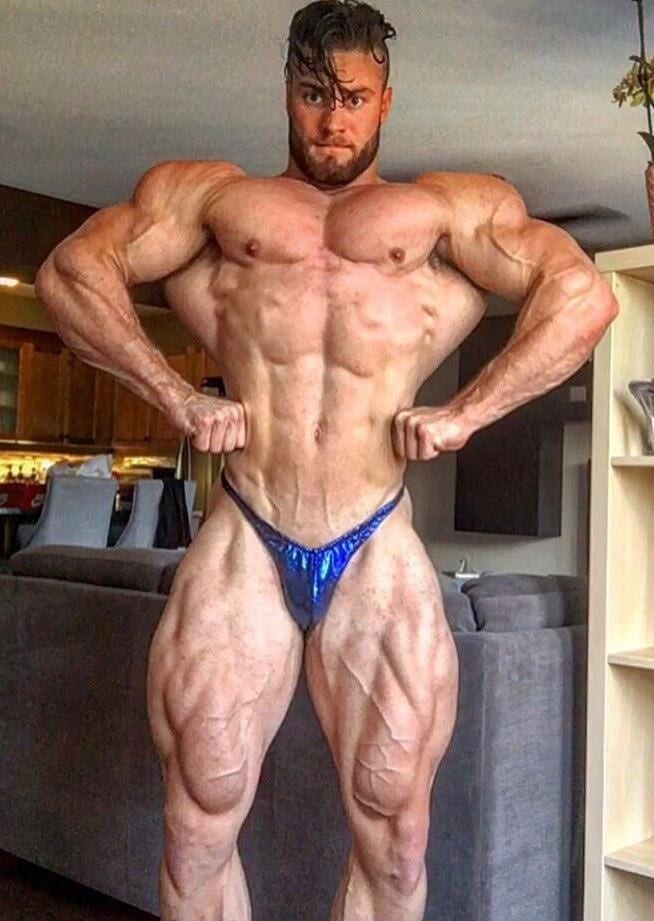 Is Chris Bumstead on Steroids?

Since his Mr. Olympia win, the Chris Bumstead steroids question has gained momentum on bodybuilding forums. But, is he juicing?

Firstly, in his favor, it seems he may have been tested—and found not to be using.

He participated in the CBBF (Canadian Bodybuilding Federation). According to their official policy page on drug use, they carry out random tests on athletes performing in their contests.1

However, there are allegations within the industry that the process is more selective than random—and the CBBF only tests bodybuilders they know are natural. Although, there’s no evidence that this is true.

He hasn’t denied using steroids, nor has he admitted injecting them.

Physically, the gains made to his shoulders over the past few years have been dramatic. He has some massively cannonball-like delts—often a sign of synthetic use (due to the number of androgen receptors in these muscles).

Hence, it’s likely he is using steroids—but it’s not proven.

Chris Bumstead Before and After Transformation

From a toned footballer in high school to the shredded winner of the 2015 CBBF National Championship—his transformation took just two years. 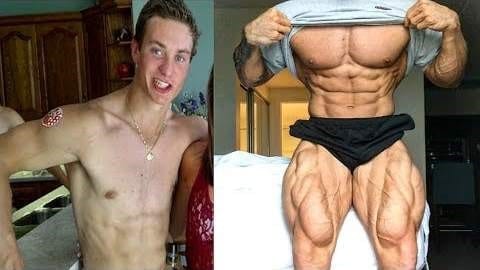 He is the brand ambassador for the supplement company Jacked Factory. In interviews, he’s indicated that he uses the following products: 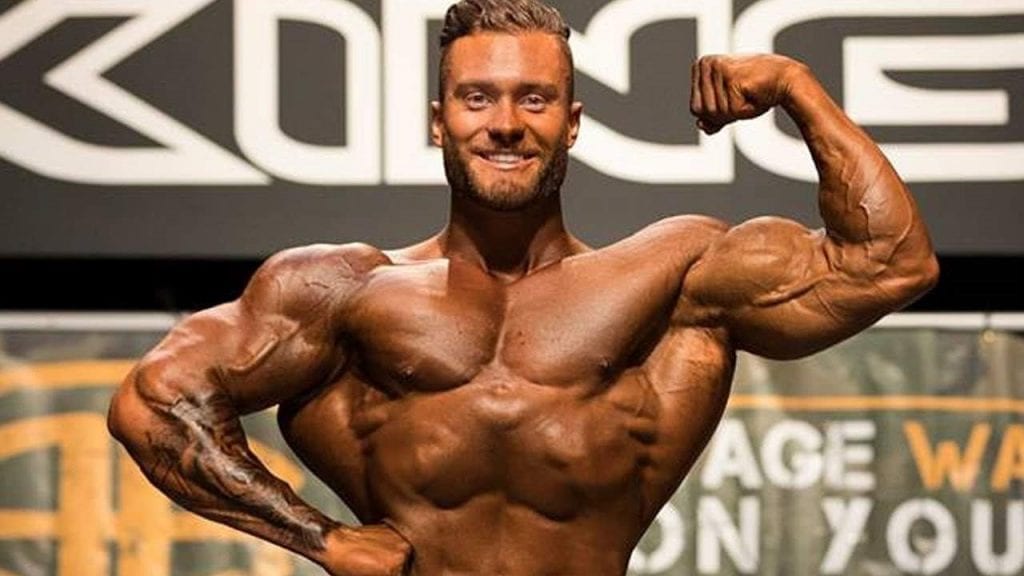 Here are some wise words from him:

“Sometimes for motivation, it doesn’t hurt to have a pretty girl in the gym.”

“There are experiences you have in life where everything around you seems to just fade away, and nothing else matters, apart from the moment you are in. Forget about success, money, and objects. Live a life chasing moments like this.”

“How Tall Is Chris Bumstead”

The Chris Bumstead height is six feet one inch.

“How Old Is Chris Bumstead?”

“How Much Did Chris Bumstead Weigh at Mr Olympia?”

The Chris Bumstead Olympia weight was his favored 225 pounds.

“What happened to Chris Bumstead’s Kidney?”

Chris encountered some issues with his kidney in one of his competition prep, his body swell up and held water.

“What Steroids Does Chris Bumstead Take?”

Although he has made some massive gains over the past five years—there’s no actual proof that he is using synthetics.

“How Big Is Chris Bumstead?”

“When Did Chris Bumstead Start Training?”

He started training at the age of 14. 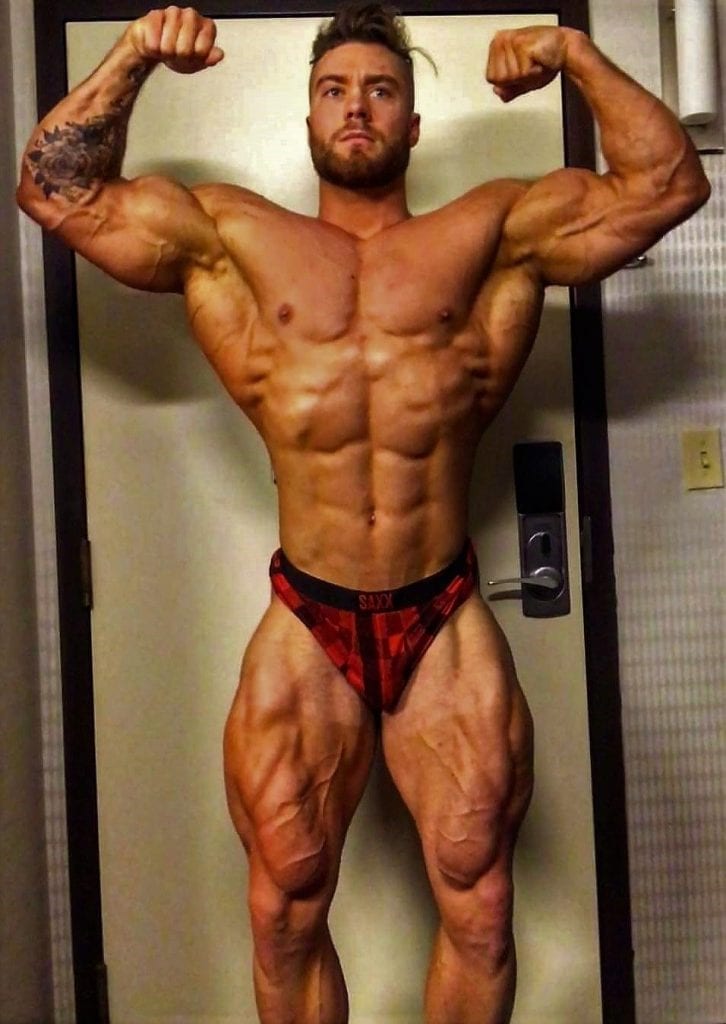 Chris Bumstead is an anomaly.

He burst onto the bodybuilding stage just a few years ago—and already has become a Mr. Olympia champion.

He shows us that sometimes, if you work hard enough—you can reap the rewards faster than you could ever imagine.